Are you doing all you can to ensure that current and prospective clients get the right impression of your practice?

Mary had been a good girl all week. On a gorgeous Saturday morning, her Grandpa George told her that her reward would be a trip to the candy store. So, Grandpa George and little Mary drove downtown to Main Street, where they came across two competing stores across from each other.

The six-year-old said, “Thanks Grandpa, you know I love candy! But we have to go to the candy store on the right. That lady is so nice.”

Grandpa George was puzzled. “Sure Mary,” he said, “but what's wrong with the store on the left? Don't you like their candy?”

Mary replied, “Oh, the candy is good, but the lady is so mean.”

So into the store on the right they went, and Grandpa George asked for eight ounces of candy. The “nice” lady took a small scoop, and kept adding candy in a container until the scale measured eight ounces. She poured the candy into a nice bag, and handed it to Mary with a big, sincere smile.

Before driving back home, Grandpa George felt compelled to check out the store on the left to see what was so terrible about its owner. He walked into the store and asked the “mean” lady for eight ounces of candy. The “mean” lady took a huge scoop, filled the container on the scale to the brim, and kept removing a few candies at a time with her fingertips, little by little, until the scale measured eight ounces. She poured the candy into a nice bag, and handed it to Grandpa George with a big, sincere smile.

Confused, Grandpa George asked Mary — who had begged to stay in the car — why she thought the lady in the store on the left was so mean.

Grandpa George suddenly realized that his granddaughter had interpreted the situation in her own way. Even though the end result was exactly the same — eight ounces of candy in a nice bag, handed over with a smile — Mary’s perception was her reality.

Think this story* has nothing to do with veterinary medicine?

A pet owner recently told me that she didn’t like her veterinarian anymore and was going to switch to a more caring doctor. He didn't seem to like her, or worse, her pet. He never looked at her. I often hear that veterinarians are socially inept, so maybe hers was on the shy side. But she also complained that he “never looked at her pet.”

After quizzing the client, it became clear why she believed this so firmly. It turns out that the veterinary practice recently went paperless, and to type notes on his computer, the veterinarian had to turn around to face it. So, the client’s perception was that her veterinarian never looked at her or her pet, and she felt that she paid “good money” to stare at his back and his white lab coat. The fact that he asked her multiple questions and performed a thorough physical exam on her pet didn’t seem to matter.

This customer’s perception was her own reality, and because this perception went unstated, the veterinary practice lost a good client — and possibly even more from this woman’s circle of influence.

You may have the same biases in your everyday life. Have you ever decided not to go inside a restaurant simply because the outside looked unkempt? Maybe the food would have been the best you’ve ever tasted, but you may have thought that if they can’t take care of the exterior of the building, the kitchen might be unsanitary and the food might be tasteless.

Whatever conclusions we come to, we all have biases, beliefs and preconceived notions, however irrational they may be.

So, how do your clients perceive your team members, your clinic, your services and you?

*This story has been adapted from Brad Worthley International, a customer service, leadership and motivation consulting firm.

Dr. Phil Zeltzman is a board-certified veterinary surgeon and serial entrepreneur. His traveling surgery practice takes him all over Eastern Pennsylvania and Western New Jersey. You can visit his websites at DrPhilZeltzman.com and VeterinariansInParadise.com. 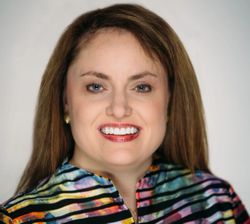 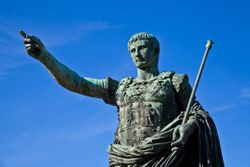