In spite of the fundamental importance of auscultation to the physical exam, there has been surprisingly little effort made to teach and standardize how the examination is performed, how to interpret results, and how to communicate those results between professionals.

To most people, the image of a doctor is defined by the presence of a stethoscope draped around the neck. In spite of the fundamental importance of auscultation to the physical exam, there has been surprisingly little effort made to teach and standardize how the examination is performed, how to interpret results, and how to communicate those results between professionals. This lecture will provide a brief overview of the technique of auscultation, genesis of breath sounds, and their interpretation.

Prior to 1816 the only method of auscultation of the lungs was direct: the physician placed his ear on the patient's chest. Perhaps to ease his embarrassment at the prospect of auscultating a young woman's heart, the French physician Rene Laennec fashioned the first stethoscope by rolling a sheet of paper into a cone. After realizing that the quality of the sound was better than that obtained by direct auscultation, he experimented with different materials, settling on a wood cylinder he described in A treatise on diseases of the chest in 1819. Before the end of that century, the stethoscope had begun to appear much the same as it does today, with a binaural design, flexible tubing, and a rigid diaphragm. Bowles and Sprague developed the combination bell and diaphragm in 1925, and shortly following World War II Sprague, Rappaport, and Groom had experimented to find the optimal design represented by the classic double-tube Rappaport-Sprague stethoscope.

In Laennec's original work he proposed the term "rales" to describe any abnormal sounds; the word was already in common usage to describe the death rattle of moribund people. The less offensive Greek synonym "rhonchus" was used at bedside to describe the same sounds.1 The usage of those words changed repeated over the next 150 years and to this day there is no general agreement as to what they mean. This is largely due to confusion regarding the source and clinical implications of different lung sounds. The first serious efforts to understand the source of breath sounds in health and illness was undertaken by Forgacs1 in the 1970's and his work has served as the basis for most modern investigations of breath sounds. In spite of great advances in understanding how lung sounds are created, many different terms are still used to describe them to peers. A Survey of 310 veterinary case reports or clinical reviews by Roudebush in 1989 found 7 different terms used to qualify breath sounds, 12 to qualify crackles (which were often referred to as rales), 7 additional terms to describe other discontinous sounds (e.g., "moist", "congestion", "fluid sounds", "gurgling", "crepitation", "rattling", "clicks"), and 7 more to describe continuous lung sounds.2 His conclusion was similar to those of the authors of comparable physician studies: breath sound terminology clearly requires standardization. I will use the terminology used by Pasterkamp3 , who approaches breath sounds much along the lines first proposed by Robertson and Coope in 1957 and later refined by Forgacs1 , wherein abnormal sounds are divided into continuous and discontinuous. 4 This scheme separates respiratory sounds into three major classifications, namely "normal lung sounds", "normal tracheal sounds", and the abnormal adventitious sounds: "wheeze", "rhonchus", and "crackles".

A comparison of 6 different stethoscope models in 1992 examined the transfer function of the instruments for sound frequencies between 37.5 and 1000 HZ and demonstrated that, in most cases, low frequency sound (37.5-112.5 Hz) was amplified by bells and attenuated by diaphragms.5 However, there were only small differences in sound transmission between stethoscopes, and at least one model had good similarity between bell and diaphragm. More recently, another group examined the performance of the bell and diaphragm of a Littmann Classic II SE stethoscope and found that sound transmission in the frequency range of 20 – 400 Hz (where most lung and cardiac sounds are found) was superior for the diaphragm.6 They propose that it is the capacity for selective hearing that accounts for persistent recommendations to use the bell of the stethoscope to listen to breath sounds, in spite of this evidence that the diaphragm provides superior transmission of low frequency sounds. Selective hearing is the ability to mentally tune out extraneous noise and to actively enhance one's sensitivity ("training the ear") to the frequency range of interest. This enhanced sensitivity is likely a function of one's ability to actively tune the cochlea to maximize it's response to a certain range of frequencies.7 It has often been said that the skill of selective hearing through a stethoscope takes 3-5 years to master. Other factors that are likely important for optimal performance of a particular stethoscope are its physical condition and how well the ear pieces fit the listener's ear canals.

All normal lung sounds are generated by turbulent airflow in the trachea and larger airways, as flow in small airways is slow and laminar and generates no audible sound. The origin of canine breath sounds has been investigated using a hollow airway cast instrumented with an intraluminal microphone introduced into different-sized airways ranging from 2 – 19 mm diameter and subjected to a range of airflows.8 This work supports an intrapulmonic source of breath sounds: most inspiratory sound is produced within lobar and subsegmental airways (down to diameters of 5 – 8 mm), and most expiratory sound originates in the trachea and large bronchi.

The sound heard at the chest wall is the final product of its generation within the airways and subsequent modification as it passes through the structures of the chest. As sound travels from its source in the larger airways, it passes through lung parenchyma, the pulmonary pleura, the pleural space, the chest wall pleura, the muscle, bone and skin of the chest wall. The sound must then bridge the gap between skin and stethoscope – a gap usually filled with hair in veterinary patients. The sound is further modified acoustically by the stethoscope and how it fits the wearer's ear canals.

Normal lung and chest wall act as a low-pass filter. As sound travels across the parenchyma, it must traverse hundreds-to-thousands of air:tissue interfaces as it crosses pulmonary exchange units. Whenever energy waves (such as sound or light) pass through an interface between different media, a portion of the energy will be reflected back. In the case of sound, the higher-frequency components are reflected more efficiently. Thus, while sound recorded directly over the trachea remain intense over a broad frequency range (75-1000 Hz), breath sounds over the chest wall are lower in amplitude (quieter) and lower in pitch, with most sound energy contained in frequencies < 400 Hz. The amplitude and frequency range of normal lung sounds varies with respiratory pattern (airflow volume and velocity) and age.9 Large breaths, high velocity airflow from panting, and increasing age all favor increased lung sound amplitude and frequency, and these must be taken into account when interpreting auscultation of a patient.

Lung sounds may be increased or decreased in disease states. Decreased breath sounds may also be normal in small animals breathing quietly (as in the cat!). Pathological causes of reduced breath sounds include respiratory weakness (small breaths) and pleural space disease. The presence of air or fluid within the pleural space uncouples the chest wall from the lung acoustically and can greatly attenuate sound. Pathological causes of increased lung sounds include any disorder that prompts compensatory increases in airflow velocity (increased tidal volume, panting), causes loss of exchange units (reducing the number of air:tissue interfaces), or involves infiltration of the alveolar septa by edema or cells (pneumonia, neoplasia). Loss of exchange units or thickening of the water-dense medium of the lung allows more of high frequency sound to pass through to the surface and lung sounds become both louder (larger amplitude) and 'harsher' (more high frequency components) in quality. The extreme example is seen with complete consolidation of lung tissue around a patent lobar bronchus. In this case, the lung sounds heard over this nonventilated region of lung are loud and may approximate those heard directly over the trachea, and this has sometimes been called "bronchial breathing". If the bronchus is obliterated, the lobe loses its acoustical connection with the airways and lung sounds are diminished over that region. When measured electronically, increased lung sounds are a sensitive indicator of increased pulmonary water content in dogs with experimentally induced pulmonary edema10 . This change occurs long before the development of adventitial sounds such as crackles, and skillful clinicians can detect this change before radiographic changes are evident.

Adventitial sounds may be discontinuous (crackles) or continuous (wheezes and rhonchi). Crackles may be further divided into coarse crackles and fine crackles. Coarse crackles are related to mobilization of secretions in the large upper airways and are audible at the mouth. This sound is easily heard without a stethoscope, and referred sounds heard during auscultation may overwhelm other lung sounds. Fine crackles have nothing to do with the presence of intraluminal fluid. They are caused by the explosive opening of small airways and tend to be most intense late in inspiration and it the dependent region of lung; they are difficult to hear at the mouth. Their presence often indicates small airway closure due to the accumulation of cells and/or fluid in the pulmonary interstitium. This closure is particularly prominent during exhalation, when the vacuum applied by the chest wall and diaphragm is minimal and lung volume is small. During inspiration, as the lung expands, the pleural and interstitial pressure become more negative, and when sufficient to overcome the interstitial fluid pressure the airway snaps back open. This produces a short (< 20 msec), high-frequency sound, and when hundreds of airways in a single region of lung open simultaneously, they produce a sound similar to that produced by pulling VelcroR apart. The distribution and symmetry of fine crackles provides information about the underlying disease process. For example, most animals with cardiogenic pulmonary edema may have bilateral late-inspiratory fine crackles.

Wheezes are longer duration (>80 msec) continuous sounds with a musical (tonal) quality in the range of 100-1000 Hz, and in most instances are related to fluttering of the wall of an airway. Generation of a wheeze commonly indicates the presence of a flow-restricted zone (partial obstruction, bronchospasm) within an airway with downstream flattening of the tube, although in some instances a partial obstruction with vortex creation and vibration of a round airway may be the cause. Wheezes often indicate small airway disease with airway exudates or secretion. Polyphonic wheezing indicates multiple airway involvement. Wheezes may be heard at the mouth.

Rhonchi are repetitions of complex sound waves that have a tonal, snore-like quality typically < 300 Hz and lasting at least 100 msec and are produced by rupture of fluid films formed by airway secretions, and vibration/collapse of large airways. They are audible at the mouth.

Properly conducted, lung auscultation is a valuable component of the physical examination in critically ill patients. While I believe that it is a relatively low-yield test in apparently healthy dogs and cats, the real value of routine lung auscultation of asymptomatic animals is the ongoing training of the listener's ear. When the skilled auscultator turns his or her attention to the emergency or critically ill patient, the value of this diagnostic test is manifest.

The power of hearing. Available at: http://physicsweb.org/articles/world/15/5/8. 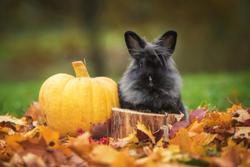 News-wrap up: This week's veterinary news, plus evaluating breeding failures in exotic animals 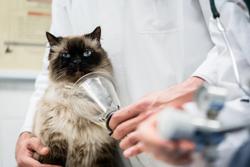 RECOVER Guidelines: Everything you need to know about evidence-based CPR