Equine West Nile virus: Its time to stop being complacent

Kate Hepworth-Warren is an equine internal medicine specialist who currently works as a clinical assistant professor of equine medicine at North Carolina State University in Raleigh. Outside of work, she enjoys traveling, reading, running and the beach.

Despite the existence of highly effective vaccines, cases are on the rise. Its up to veterinarians to educate horse owners that this vector-borne disease still poses a very real threat.

West Nile virus became a major equine health concern after it was first identified in the United States in 1999, infecting at least 1,000 horses every year through 2006. Since then, the development of effective vaccines has decreased the number of cases significantly. In 2011, only 87 cases were recorded by the USDA.1

However, the number of cases reported since then has rebounded, fluctuating between 141 and 627 annually. In 2018, nearly 500 cases were reported, which is the highest number since 2012. The only states in which West Nile Virus was not reported in horses in 2018 were Alaska, Arizona, Hawaii, Mississippi, Nevada, New Hampshire and South Dakota. Montana, Ohio and Pennsylvania all had more than 25 cases.1 Of course, it's likely that the actual number of cases is higher, because reporting isn't easily mandated and cases without a definitive diagnosis may go unrecorded.

So why are we seeing this resurgence? One possibility is that horse owners may have become less concerned since the number of cases dropped so quickly after the vaccines were introduced. If they think the disease no longer poses a significant threat, they may be less likely to vaccinate their horses against it. Our job as practitioners is to educate clients that West Nile virus is still present in the bird and mosquito population-and thus still poses a very real threat to horses.

Horses and humans are dead-end hosts for West Nile virus. Infection occurs when horses are bitten by an infected mosquito, most commonly Culex species. After the initial exposure, the virus replicates in lymph nodes, and viremia occurs three to five days after inoculation, lasting up to 72 hours. Infection spreads to the central nervous system four to six days after initial inoculation, and clinical signs of neurologic disease become evident at seven to 10 days. The peak season for infection is late September to October, but it can occur any time mosquitoes are present.2

Although mild, subclinical infections may occur, the “classic” signs associated with West Nile virus infection include, in order of frequency, ataxia, abnormal gait, muscle fasciculations, depression and recumbency. The gait associated with West Nile can be misconstrued as lameness or laminitis in some horses. A mild to moderate fever (101.5 F to 104 F) may be present, but disease should not be ruled out solely on the absence of fever. While not pathognomonic for West Nile, fasciculations of the muzzle are frequently noted.2,3

Diagnosis of West Nile Virus is fairly straightforward and generally does not require collection of cerebrospinal fluid (CSF). An ELISA that measures serum IgM antibody against the virus is the most sensitive and specific test available, at 92% and 98%, respectively. There is close to 100% agreement between serum and CSF antibody levels, thus there is little reason to collect CSF for diagnosis of West Nile virus.3

However, West Nile virus infection can present similarly to other viral encephalitides in horses-such as eastern and western equine encephalitis-so collection of CSF and evaluation of a complete blood count (CBC) and serum chemistry profile may be warranted to rule out other differential diagnoses. Analysis of CSF with West Nile virus may reveal normal or mildly increased mononuclear cell counts with normal or increased protein. CBC is generally unremarkable, but mild lymphopenia may be present. The serum chemistry profile may also be normal, although elevations in muscle enzyme activity and hyponatremia have been noted.2

Unfortunately, at this time there is no specific antiviral treatment available that is effective against West Nile virus infection in horses, so treatment is largely the provision of supportive care. Hyperimmune West Nile virus plasma is commercially available, although it is not approved by the FDA and its efficacy in horses has not been proven. In humans and animal models, it was shown to be efficacious even when administered three to five days after infection.4

Supportive care includes fluid and nutritional support, depending on the horse's ability to eat and drink. Anti-inflammatories, both nonsteroidal drugs and corticosteroids (flunixin meglumine and dexamethasone, respectively) are both used with some frequency. Reported mortality rates for horses with West Nile virus infection range from 28% to 33% and are relatively low when compared with other viral encephalitides. Patients that remain standing and ambulatory have a far better prognosis than those that become recumbent, which are nearly 80 times as likely to die or be euthanized.2,3

There are several vaccines available for the prevention of West Nile virus, including two whole virus inactivated vaccines (West Nile-Innovator-Zoetis; Vetera WNV-Boehringer Ingelheim) and an inactivated flavivirus chimera vaccine (Prestige WNV-Merck). Previously, a recombinant canary pox vaccine was available but at the time of publication was no longer on the market. These are all offered alone or in combination with other vaccinations considered to be core by the American Association of Equine Practitioners.

The suggested administration interval of these vaccines is 12 months, although animals at higher risk can, and often are, vaccinated more frequently. In warmer regions of the country, where mosquitoes are present year-round, some recommendations suggest vaccinating up to three times annually for West Nile virus. Mosquito control and elimination of standing water are also key factors in minimizing the chance of West Nile virus transmission.5

Despite a significant reduction in the number of cases of West Nile virus in horses over the past two decades, it's still endemic in much of the United States and should be considered a differential diagnosis for horses that present with acute onset of ataxia, depressed mentation and potentially a fever. Highly effective vaccines are available, and it has been shown that unvaccinated animals are twice as likely to die as those that have been vaccinated even once.3 West Nile virus is reportable in most states, thus practitioners should reference their individual states' regulations to ensure appropriate disease reporting.

Dr. Kate Hepworth-Warren is an equine internal medicine specialist who currently works as a clinical assistant professor of equine medicine at North Carolina State University in Raleigh. Outside of work, she enjoys traveling, reading, running and the beach. 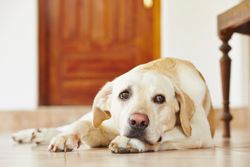