Veterinary hospital design around the world: similarities, differences and everything in between 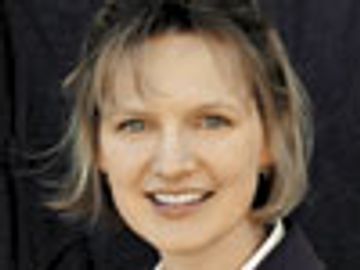 Heather Lewis, AIA, NCARB, is a partner at Animal Arts, an architecture firm in Boulder, Colorado and frequent HospitalDesign360 conference speaker. She's a lighting geek and a (seriously) devoted advocate of minimizing pets' stress and anxiety during their veterinary visits. She has designed practices and shelters that range in size from 1,200 square feet to 110,000 square feet. During grad school (as a break from architorture) she trained miniature horses to pull carts!

Ever wonder what animal hospitals look like in different parts of the world? Animal practice and shelter architect Heather E. Lewis gives the scoop.

Almost every habitable place on earth has some sort of veterinary care, even in places where people aren't spending millions on pets. Let's dive into what sort of facilities might be constructed to house veterinary medicine in these varying geographical locations.

But before we get started, it's important to remember that a veterinary hospital is an ethnocentric concept. Veterinary medicine can and is provided out in the open in fields and pastures, in blowing wind and rain, in sheds and barns, in homes, and in M.A.S.H-style clinics. A physical building isn't always required to perform many basic services. Even in the U.S., a good percentage of livestock and large-animal medicine is performed via ambulatory services.

What drives the design of veterinary hospitals?

Hospitals are constructed to …

Better care for the human caretakers of animals. Think of this as client service.

Provide better learning environments. For example, this comes up in the design of university and other teaching hospitals.

Provide more effective work environments. For example, spay/neuter services can be performed in a mobile trailer, but they're more efficiently performed in a well-designed clinic.

Better safeguard animal wellbeing and safety, and to provide better health outcomes. For example, while most equine medicine can be provided in ambulatory environments, difficult surgeries are much more safely performed in a hospital.

It's no surprise that socioeconomic wealth and cultural tendency of the U.S. to include animals as part of the human family create an environment of great investment in veterinary hospitals, particularly specialty and referral hospitals. The U.S. still leads the way in construction of hospitals and in spending on pet care. The U.S. also has the most hospital design experts.

Countries such as Canada, the UK and Australia also build excellent hospitals, and Australia has its own hospital design expertise. New Zealand does as well, but the country is not as populous. Private and corporate veterinary hospitals are being built rapidly in Canada.

In addition to emphasizing excellent veterinary care, Europe supports the construction of many general practice hospitals and specialty hospitals. Europe leads the way in the study and understanding of animal behavior and the prioritization of animal welfare as well as construction of facilities for the training of service dogs. Interestingly, most European countries have higher standards for housing dogs-with larger enclosures-than in the U.S.

Veterinary hospital design follows similar trends in Dubai and Abu Dhabi in the United Arab Emirates as well as other cosmopolitan locations in the Middle East. Although dogs don't typically occupy the same role in the family in middle eastern cultures, sophisticated veterinary hospitals are constructed for Western expatriate communities.

While Asia is a huge continent of many different countries with vast populations and differing cultures, the construction of specialized veterinary hospitals is supported in many places due to wealth and large populations. This is another region where people bring pets into their homes as family.

Following the same rules of thumb, as an example in Latin America, Mexico City, Mexico, has more specialized hospitals because of its greater concentration of people, wealth and resources than rural and agriculturally based communities in that country.

Low-cost care also drives hospital design around the globe. In the U.S., where the divide between wealthy and low-income populations continues to grow, subsidized care models are exploding. Open a vaccination clinic anywhere in the U.S., and lines of people who cannot otherwise pay for pet care will extend out the door. Many groups also dedicated countless hours to providing low-cost veterinary care in Puerto Rico after the hurricane.

In other parts of the world, low-cost and subsidized care models tend to exist in densely populated, low-service areas-for example, basic wellness and spay/neuter groups in Africa. Africa's warm climate supports large feral populations of domestic animals, which can cause public health and safety concerns.

Many veterinary clients in the U.S. can pick up a product from a big-box pet store or have items delivered to homes same day. This doesn't happen in many other countries. For example, Canadian hospitals tend to have more space for retail because pet stores and quick delivery may be are harder to come by.

Many Americans remain connected to our roots (even if they're relatively shallow) and local regionalisms. These local differences lead to the development of many veterinary hospitals that still feel “homey” and “traditional,” while most other countries are completely comfortable with hospitals feeling like hospitals. These international designs are still fun, bright and engaging, but lobbies don't feel like living rooms, for example. Newer hospitals in Europe and Australia display a modern-hospital aesthetic, which continues to be hard to sell in certain parts of the U.S.

Big and small, we love 'em all

Use of space not only relates to culture, but also to land and construction costs. Exam rooms in the suburbs or rural parts of the American Midwest are typically large and roomy, whereas the same exam room in downtown Boston may be compact. On a global scale, substantial hospital spaces are common in Australia-where land is abundant. Hospitals in Europe and Asia are typically compact. In Europe, small, space-savvy storefront clinics are typical for private practices. The smallest hospital we designed is in Singapore: 20 by 24 ft2-which is tiny compared to a U.S. veterinary hospital, but it works!

An examination room at Town Vets Animal Clinic in Singapore.

In hospitals in Australia, lunch rooms become tea rooms and horses are housed in "boxes" rather than "stalls." Language and culture can affect the design of hospitals in many different ways. Are people OK with transparency in both business and life in the area? Do they typically respect the opinion and expertise of veterinarians? Are there cultural gender norms that need to be considered in the design and operation of the space?

Unlike human medicine, which is constrained by preconceived notions, laws, regulations and subsidized care, veterinary hospitals usually represent the needs of the people, animals and practice staff. Rather than asking, “how are hospitals around the world different?”, let's ask, “what can we learn about the world by looking at the design of veterinary hospitals?” 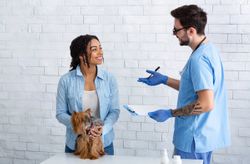 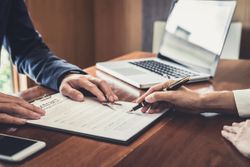 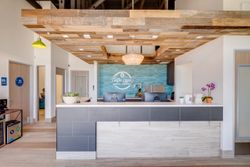