A veterinary hospital to be seen in

Veterinary clients come when they want (no appointments). Music keeps things pleasant for people and pets. And the layout means doctors are there to be seen by pet owners in and out of exam rooms. With touches like that brought El Paso Animal Hospital in Derby, Kansas, a 2019 dvm360 Hospital Design Competition Merit Award.

In a way, Dr. Gary Oehmke has parvovirus to thank for the initial success of his practice. In 1978 Dr. Oehmke opened El Paso Animal Hospital in Derby, Kansas, with zero clients. But soon after, his 1,200-square-foot, two-exam-room practice was filled with clients, lined up outside the doors to get their pets vaccinated for parvo.

“I was happy to have anyone come in the doors, so parvovirus gave me a good start,” he says.

By the numbers: El Paso Animal Hospital in Derby, Kansas

And starting at zero, Dr. Oehmke didn't bother taking appointments. Even when his practice grew enough that he hired an associate 10 years later-one who eventually became a co-owner-he kept to the walk-in practice strategy.

Now, 40 years later, Dr. Oehmke and that associate-turned-owner, Dr. Jeff Herod, have built their business on providing exceptional care in a no-appointment practice. The 1,200-square-foot facility eventually turned into 2,800 square feet. And a few years ago, bursting at the seams, the doctors had to make a decision: get out of business or build a bigger facility.

The building was so tight, Dr. Oehmke's wife, Debbie, likened it to working in a submarine.

Dr. Herod took a trip to Kansas City to attend the HospitalDesign360 conference before Fetch dvm360 and came back all abuzz with plans for a new facility.

Finally, in May 2018, the pair opened the doors on their new 8,878-square-foot practice, with eight exam rooms, a sprawling reception area with a refreshment station and a dual-surgery suite with tons of natural lighting. In January 2019, they won a Merit Award in the 2019 dvm360 Hospital Design Competition (and even the People's Choice Award).

Click here to check out the floor plan, and then dive into the interior with advice and photos on the following pages …

Deliberate design to see-and doctors made to be seen

No wonder clients love Drs. Oehmke and Herod so much. The doctors deliberately designed their practice so they'd “get caught” by clients when coming in and out of exam rooms, rather than avoiding them. All of the exam rooms except one filter back into the lobby, all centered around the checkout area.

“A few exam rooms have entry from the back, but we rarely use it, as we prefer to go room to room via the front doors,” says Dr. Oehmke. “We like the personal connection, to be able to make eye contact and tell people we'll be with them soon.”

Debbie Oehmke-who shares the role of practice manager with Dr. Herod's wife, Becki-says this personal touch lets clients know that the doctors really are working, “not just hanging out in the back eating French fries,” she jokes.

“In a walk-in-only hospital, this kind of interaction goes a long way when clients might have to wait a long time,” Becki says. “They're more patient when you communicate regularly with them.”

Veterinarians and team members are kept up-to-date on where and when they're needed, thanks to 65-inch TV screens like the one above.

At El Paso Animal Hospital, the technology used is nearly as important as any physical room in the building. For starters, the team had 64 4-megapixel video cameras placed throughout the hospital with access on both PCs and mobile devices. They use three 65-inch TV screens that sync with the computers as a giant digital whiteboard to communicate when technicians or doctors are needed in a room or otherwise talk with one another, rather than using a loudspeaker or paging system.

The software system they use allows them to tailor the messaging system, so each doctor and each group of people have a separate color and sound that alerts them when they need to be in a certain place. Becki says this feature makes for a quieter and more streamlined hospital.

Every exam room has two computer monitors as well. One is used for doctor communication, and the other is for client education or entertainment while waiting.

“We also have a really good sound system for piping in music throughout the hospital,” says Becki. “I had no idea it would make such a big difference, but we all love it.”

The cat ward, for example, has been nicknamed the “meditation room” because the piped-in classical music keeps it so calm. “The music really makes a difference for the animals,” she says. The music is tailored to different zones-exam rooms, reception and treatment.

Technology was so important in their thinking, before breaking ground on the hospital, the team hired an IT expert to design a plan for the hospital.

“You don't think of technology as a design element, but it has been pretty huge for us,” says Dr. Oehmke. “We also love the ability to go into different doors with magnetic-stripe readers, giving us the ability to lock down certain areas, restricting access to clients to certain areas of the hospital. We spent a lot of time and money on technology and it was worth it.”

From submarine to cruise ship

If working in the old facility was like working in a cramped submarine, moving to the new facility was more like spreading out on a cruise ship. Dr. Oehmke says the move was a bit overwhelming, with a learning curve, but with such a great team already in place and even more employees hired for the move, they did just fine.

The practice went from 34 employees crammed into a small space to about 60 in the new space. They credit technology and the great team, who feel like family, to making it work. Becki credits clients with making the move great, too.

“Clients were so in awe of this place when we first opened, so happy for us, that they extended extreme amounts of patience to us,” she says. “We had thousands of people come to our open house, and our growing pains went exceptionally well in the early days.” 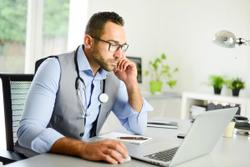 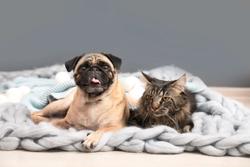