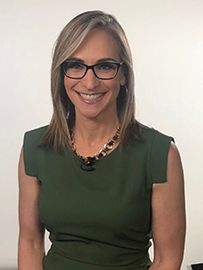 Dr. Sue Ettinger is a practicing veterinary cancer specialist, international speaker and book author. She is one of about 300 board-certified specialists in medical oncology in North America and is currently practicing at the VCA Animal Specialty & Emergency Center in the Wappingers Falls, New York.

Because the clinical signs of transitional cell carcinomas can mimic UTIs, some veterinary patients arent benefiting from early detection, proper diagnosis and treatment. Use these tools when treating high-risk breeds and help these dogs live longer, happier lives.

Four years ago, I met Katie, a 12-year-old West Highland white terrier who was diagnosed with bladder transitional cell carcinoma (TCC). As a veterinary oncologist, I knew her medical history was classic: a middle-aged to older dog who is a high-risk breed with a history of months of hematuria, dysuria, stranguria and pollakiuria. Like the majority of dogs ultimately diagnosed with TCC, treatment with antibiotics for a misdiagnosed urinary tract infection (UTI) did improve her clinical signs-but only temporarily.

Abdominal ultrasound confirmed a trigonal mass. Because it was a nonsurgical location, the diagnosis was confirmed with cystoscopy and histology by the internist in our practice. I then met Katie and her family for an oncology consultation for chemotherapy. I treated her with mitoxantrone chemotherapy and nonseroidal anti-inflammatory drugs (NSAIDs). Based on ultrasound, she had a complete response for 16 months. When she relapsed, we restarted chemotherapy.

I ultimately treated Katie for just shy of three years, which was double the median survival time. Like most dogs, she tolerated chemotherapy well, and her family was extremely pleased with her quality of life on chemotherapy. Her family also had four other Westies and wanted to know the best way to screen them, now that they were aware of the risk for this cancer.

Katie's case highlights many of the challenges with canine bladder cancer. Many veterinary patients have clinical signs that mimic a UTI, and there is temporary resolution with antibiotics and/or NSAIDs. As a result, patients are often misdiagnosed with a resistant UTI or cystitis. Generally, TCC is not diagnosed early but rather only after it has invaded the bladder wall, at which point most treatment options are palliative at best. Physical examination can be normal, but abnormalities may include tenderness on abdominal palpation, palpable caudal abdominal mass, distended urinary bladder and urethral mass, and/or prostatic involvement on rectal exam.1,2

In general, surgery is considered palliative due to high metastatic rates and because normal tissue often contains neoplastic or pre-neoplastic tissue. Because the trigone lesion is most common location for TCC, complete surgical excision is unlikely but apex lesions can be operable. Visual assessment at the time of cystectomy is often inaccurate for achieving tumor-free margins. Wide surgical excision is imperative. Even with complete resections, surgery is rarely curative, however, and recurrence is likely, due to either microscopic cells at the margins or development of de novo tumors. Surgery reduces clinical signs but may not extend survival.1,2

Medical management is the mainstay for TCC therapy. Although TCC is typically not curable, treatment is often well tolerated, so treated dogs live longer and live well. Approximately 75% of dogs respond favorably to treatment and can enjoy a good quality of life for several months to a year or more. Several drug combinations and protocols have been evaluated. Mitoxantrone and NSAID therapy are well tolerated and can cause reduction in tumor size, palliation and improvement of clinical signs, and increased survival times. Other drugs evaluated include vinblastine, doxorubicin, toceranib and metronomic oral chlorambucil. Vinorelbine has also been evaluated as rescue therapy.4-10

Early detection of bladder cancer is important in dogs, especially the high-risk breeds. Overall, there is a higher incidence of bladder cancer in 14 popular breeds of dogs (see sidebar), and these breeds account for about one-third of all cases in purebred dogs.

Breeds at risk for bladder cancer

Urothelial carcinoma (UC) includes tumors of the lower urinary tract and prostatic carcinoma (PC). These aggressive genitourinary cancers in dogs are characterized by invasion to surrounding tissues and high metastatic potential. Urothelial carcinoma affects the bladder, urethra and kidneys of male and female dogs and also the prostate of males. Diagnosis is often based on signalment, ultrasound, traumatic catheterization and urine cytology. Cytology is limiting-tumor cells may be identified in urine sediment in one-third of dogs with TCC, and reactive transitional cells may look like TCC cells. Cystocentesis has been associated with needle-tract implantation of neoplastic cells in some cases and should be avoided.

Reliable testing for definitive diagnosis is limited to histopathology via cystoscopy or surgical exploratory, requiring an invasive and costly biopsy. In addition, cystoscopy can be limited by the size and gender of the affected patient (not to mention the skills and equipment needed to perform cystoscopy). It is clearly a challenge for veterinarians to get an early diagnosis of urothelial cancers, potentially delaying the start of appropriate therapy. There has definitely been a need for a noninvasive test for UC.

A new assay for diagnosing, monitoring

The Cadet BRAF assay (Antech Diagnostics) can be used for diagnosis and monitoring of UC, including canine TCC and PC. This test offers a less invasive way to diagnose these cancers.

This free-catch urine system is fully noninvasive; a urine sample can be collected at the clinic or by the owner at home.

The assay permits earliest detection of emerging UC, including TCC-even before overt clinical signs of the cancer become evident.

Only 5% of results are false negatives with the add-on Cadet BRAF-Plus test.

Timely detection of UC allows owners to direct resources toward effective treatment of cancer, rather than nonspecific clinical signs.

Unlike other bladder cancer tests, this test is not affected by the presence of blood, protein, glucose or bacteria in the urine.

Recent studies identified a mutation (V595E) in the canine BRAF gene in a large proportion of dogs with UC (including TCC and PC). In assessing various cancers, including epithelial, mesenchymal and hematopoietic, the V595E mutation was identified in canine UC cases with the highest penetrance rates of up to 87%. Because bladder and prostatic cancers shed tumor cells into urine, the presence of the V595E mutation in urine appeared to be an excellent molecular diagnostic marker. The test is 85% sensitive and 100% specific for canine UC and PC patients.3

The assay has since been validated in hundreds of clinical cases, demonstrating that the mutation is not present in the urine of healthy dogs or dogs that have benign bladder diseases (bladder polyps, inflammation or chronic cystitis). In cases in which a biopsy of a mass was performed, there was concordance between BRAF mutation-positive in free-catch urine and pathology-based confirmation of a bladder/prostatic carcinoma. As such, the presence of the mutation in canine urine is therefore a highly specific indicator of the presence of a UC.

The Cadet BRAF-Plus assay was launched commercially in July 2018 and can be used as an add-on test when your test is negative (BRAF-mutation undetected cases). This assay detects a second signature in more than two-thirds of non-BRAF patients. The new test increases overall sensitivity for detecting TCC/UC from 85% to more than 95%. This translates to 5% false negatives.

This is in contrast to the previously available veterinary bladder tumor antigen test (VBTA), which is 85% sensitive for TCC but only 45% specific in the presence of other urinary tract disease (hematuria, pyuria). The urine for the patient must be inactive, limiting its usefulness in dogs with abnormal urinalyses. VBTA can be used as a screening test, and a negative result is 85% reliable. However, a positive result does not confirm TCC, and additional diagnostics are warranted to confirm a diagnosis.

As of spring 2019, the Cadet BRAF test is exclusively available through Antech Diagnostics.

How I use the BRAF test for early detection of UC

I use the Cadet BRAF test to diagnose UC. A positive BRAF test result can substitute for tissue diagnosis (histology, cytology). If the BRAF mutation isn't detected, the urine specimen is then assessed by the lab using a proprietary algorithm to determine whether it meets the criteria for analysis with Cadet BRAF-Plus. If eligible, the BRAF-Plus will be run, and no additional urine is required.

I also use serial Cadet BRAF tests for monitoring during chemotherapy to assess response to treatment, often in conjunction with bladder ultrasound. This is an objective look to see how an individual tumor is responding to chemotherapy.

If a patient, especially one over the age of 6, has lower urinary tract clinical signs or multiple UTIs, I recommend additional tests (abdominal ultrasound, BRAF urine test, cytology or biopsy). It depends on the case. Consider referral to a specialist.

If a patient is diagnosed with TCC or PC, there are treatment options. The most common ones are chemotherapy, NSAIDs and sometimes surgery, but there are other options, and treatment is well tolerated. Consider referral to an oncologist.

Advanced diagnostics are most useful early on in cases. Clinical signs for UC are often subtle, nonspecific and confused for other lower urinary tract diseases. The Cadet BRAF test provides a noninvasive urine test for earliest detection of emerging UC-even before overt signs of the cancer become evident. Timely detection of UC allows owners to direct their resources toward effective treatment of the cancer itself, rather than the nonspecific clinical signs.

Dr. Sue Ettinger is a practicing veterinary cancer specialist, international speaker, book author and vlogger. Also known as Dr. Sue Cancer Vet, she is the coauthor of the second edition of The Dog Cancer Survival Guide.