Metformin is an antihyperglycemic prescription medication labeled for the treatment of noninsulin-dependent (type 2) diabetes mellitus in people. Metformin belongs to the biguanide group of oral antidiabetic agents and is the only biguanide currently available in the United States.

Metformin is an antihyperglycemic prescription medication labeled for the treatment of noninsulin-dependent (type 2) diabetes mellitus in people. Metformin belongs to the biguanide group of oral antidiabetic agents and is the only biguanide currently available in the United States. Other biguanides, such as phenformin and buformin, were withdrawn from the U.S. market because of their higher risk of serious adverse effects (increased risk of lactic acidosis).1 Metformin has also been studied in cats as a potential treatment for diabetes mellitus.2,3 Most cases of metformin toxicosis reported to the ASPCA Animal Poison Control Center (APCC) involve dogs that have ingested their owners' medication.

MECHANISM OF ACTION AND PHARMACOKINETICS

Biguanides are thought to lower postprandial glucose concentrations in diabetic patients by increasing glucose uptake and decreasing glucose production. Although the precise mechanisms by which metformin exerts its antihyperglycemic effects are not entirely certain, they are largely attributed to a reduction in hepatic gluconeogenesis, a decrease in intestinal glucose absorption, and an increase in peripheral tissue sensitivity to insulin.1,4,5 To a lesser degree, metformin may also increase glucose uptake by skeletal muscles.6

Although experience with metformin in animals is limited, studies have shown that the general pharmacokinetics of metformin in cats is similar to that reported in people.2,7 In people, metformin is absorbed slowly from the gastrointestinal (GI) tract, with peak plasma concentrations reached within one to three hours after ingestion. The absolute bioavailability under fasting conditions is about 50% to 60%. Peak plasma concentrations are achieved within four to eight hours after ingestion of a dose of a metformin extended-release product.1,2,8

Metformin is not metabolized in the liver and is eliminated unchanged primarily in urine, with a small percentage of unabsorbed drug excreted in feces. The elimination half-life in people is 6.2 hours. With oral doses, by 24 hours after ingestion, about 90% of the absorbed drug has been eliminated by the kidneys. For that reason, the elimination half-life can be delayed in individuals with significant renal insufficiency and is therefore contraindicated in those patients.8,9

In all cases of metformin ingestion reported to the aspca apcc, the patients were symptomatic, and most of the affected animals were dogs. The most common clinical sign reported was vomiting (92%), with about half the patients exhibiting this sign alone. The onset of vomiting ranged from 15 minutes to eight hours after ingestion.

In one diabetic cat being treated with metformin, an oral dose of 250 mg given twice daily was associated with severe vomiting and diarrhea.10

Signs reported to the ASPCA APCC less frequently include lethargy, diarrhea, hypothermia, hypotension, pale mucous membranes, and hindlimb tremors. The duration of signs is not known; however, it is presumably three or four metformin half-lives (18 to 24 hours).

Unlike the sulfonylurea medications (e.g. glyburide or glipizide), metformin does not increase pancreatic insulin secretion and, thus, even in overdose situations, does not cause substantial hypoglycemia. In people, acute ingestions of up to 85 g—1,133 mg/kg for the average 165-lb (75-kg) person—did not result in hypoglycemia.11 However, in individuals with pre-existing malnutrition, with a history of excessive exercise coupled with inadequate food intake, or taking other glucose-lowering drugs concurrently, hypoglycemia may occur.1,8

Lactic acidosis in people receiving metformin has occurred primarily in diabetic patients with significant renal insufficiency. Additionally, patients with congestive heart failure who require pharmacologic management for hypoperfusion and hypoxemia are at increased risk of lactic acidosis. The threat of lactic acidosis increases with the extent of renal dysfunction and the patient's age.9 These conditions can result in decreased renal clearance of the drug, and, consequently, lactic acidosis can occur. The postulated mechanism is that metformin causes decreased hepatic production of glucose from lactate (via the Cori cycle). The net result is decreased conversion of lactate to glucose and subsequent lactic acidosis.2,8,9

No minimum toxic metformin dose for the development of lactic acidosis is established in people. In one case report, a 15-year-old healthy girl ingested 38.25 g (550 mg/kg) of metformin and developed lactic acidosis and moderate renal failure. Hemodialysis was used to treat the acidosis and reduce the toxic concentrations of metformin.12 Left untreated, lactic acidosis can result in confusion, hypotension, coma, collapse, and death.8 In a pediatric study, doses of up to 196 mg/kg of metformin produced no signs of lactic acidosis or hypoglycemia. Most of the children received activated charcoal, and clinical effects were limited to GI upset (13%).13

Based on cases reported to the ASPCA APCC, neither lactic acidosis nor any deaths have been directly attributable to metformin toxicosis in animals. Further, it is unknown whether or at what dose acidosis may occur in domestic animals as a result of metformin ingestion. According to a survey of 14 case records, animal exposures to metformin have ranged from 15.5 to 314 mg/kg. Additionally, out of the 14 metformin cases surveyed, four of the patients underwent glucose monitoring, and callbacks were requested if abnormalities were noted. In all four cases, no hypoglycemia was reported, and doses ranged from 58 to 170 mg/kg (ASPCA APCC Database: Unpublished data, 2001-2005).

GI upset is a more common adverse effect than lactic acidosis is in people after therapeutic use of metformin, as well as in overdose situations in people and animals. During initial metformin therapy, about 30% of people experience GI adverse effects including diarrhea, nausea, vomiting, abdominal bloating, flatulence, or anorexia.8 In one study evaluating metformin therapy in cats, decreased appetite, vomiting, and weight loss were observed.14

Because there is no known antidote for biguanides, the best treatment for metformin toxicosis is successful decontamination followed by supportive care directed toward specific signs. Also monitor patients for lactic acidosis and their response to therapy.

Induce emesis if the exposure was recent, ideally within the first two hours of the ingestion, and if spontaneous vomiting has not previously occurred. Once nausea has resolved, activated charcoal may be used to bind metformin and should be given in cases of large overdose. Treat GI upset supportively with antiemetics, such as metoclopramide (Table 1); intravenous fluids; and GI protectants as needed. Avoid lactate-containing fluids, such as lactated Ringer's solution, since they could increase the risk of lactic acidosis.1,4 Sucralfate and an H2-receptor antagonist, such as famotidine or ranitidine, may help protect the GI tract and relieve gastric irritation. If preferred, omeprazole, a proton-pump inhibitor, may be used instead of an H2-receptor antagonist. Because sucralfate needs an acidic environment to be effective, it should be given at least a half-hour before H2-receptor antagonists or omeprazole. Avoid cimetidine because it can increase metformin plasma concentrations and decrease the rate of metformin excretion.1,7

Since it is unknown at what metformin dose lactic acidosis may occur in domestic animals, it is recommended that arterial blood gases be monitored, particularly as doses approach 200 mg/kg.13 If lactic acidosis does occur, treat with intravenous sodium bicarbonate (1 to 2 mEq/kg initially and repeat up to every 15 minutes as needed). Continue monitoring blood gases and serum sodium, chloride, and potassium concentrations during bicarbonate administration.

Additionally, electrocardiographic monitoring is important when using bicarbonate because hypokalemia might develop as the alkalinization process is started. Intravenous administration of sodium bicarbonate enhances intracellular movement of potassium, resulting in lower serum potassium concentrations. As a result, a relative alkalosis is created when bicarbonate is administered. Cardiac arrhythmias may develop since hypokalemia delays ventricular repolarization. In dogs and cats, the electrocardiographic changes associated with hypokalemia are varied, with ventricular and supraventricular arrhythmias possible.15

Also monitor renal function in cases of lactic acidosis since acute renal failure has been noted in people with biguanide lactic acidosis.4 If hypotension occurs, treat with intravenous fluids, and avoid using pressor agents (e.g. dobutamine, phenylephrine) if possible since they may produce hypoxemia of the skeletal muscle, thus, further increasing lactate concentrations.1,4

In general, an animal's prognosis after a metformin overdose is good since gi signs are routinely all that develop. The prognosis would be guarded if lactic acidosis developed. Particularly in large overdoses, prompt decontamination and supportive care are essential to a successful recovery. 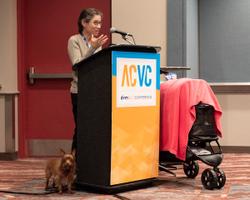 How to support companion animals with special needs 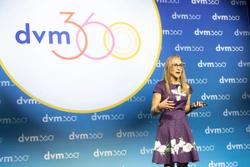