In light of global ecologic changes altering emergence patterns of tickborne zoonoses, investigators mapped out a novel framework for scoping out the influx of ticks—and the diseases they bring—into new geographic areas.

Lyme disease, or borreliosis, is the most common vector-borne illness in temperate areas of the northern hemisphere.4 Long established in southern and central Europe, northern Asia and the northeastern United States,5-7 it likely penetrated Canada over the past two decades in concert with the northward spread of its tick vector, Ixodes scapularis, and its causative agent, the bacterium Borrelia burgdorferi.8

To better understand the current approaches and major challenges associated with surveillance of emerging tickborne zoonoses, investigators from the University of Guelph’s Ontario Veterinary College used the incursion of Lyme disease into Canada as an archetype for study.9

A review of the available literature describing different disease surveillance programs honed in on the emergence of Lyme disease in Canada.10 Using two databases, PubMed and Web of Science, the investigators searched publications dating from 1990 through 2016. A total of 339 titles and abstracts were reviewed, of which 107 were determined to be relevant.

Two surveillance styles exist: passive and active. Through passive surveillance, health data are submitted voluntarily by the public and the medical community, among others.12 For Lyme and other tickborne zoonoses, passive surveillance might involve collection of ticks from people or pets, or human disease reporting. This type of disease oversight is generally inexpensive and lean on time and labor investment.13,14

Active surveillance, on the other hand, is more costly and labor intensive because it involves coordinated efforts by public health officials to gather medical data.12-15 For tickborne diseases, this might mean collecting both free-living ticks from the environment and ticks from small hosts, and testing them for pathogens in the laboratory.

Passive and active tickborne disease surveillance programs can be coupled as follows: Passive tick surveillance might be employed broadly, for collection of ecologic data, for instance, and then active surveillance can be applied in areas where elevated risk was identified through passive study.

Table 1 outlines the variety of specific approaches for surveillance of I. scapularis, B. burgdorferi and Lyme disease that were tagged and analyzed.

Tickborne zoonoses surveillance programs have many challenges. During the early stages of emergence, low awareness can hinder reporting efforts by the public and the medical community.29-32 Furthermore, as growing awareness boosts reporting, the true incidence can falsely appear to be surging.33,34

Finally, ticks themselves are tough to track. Their questing behavior and spot densities are variable and inconsistent.38,39 Plus, their bites can go undetected, and a delay exists between bite and symptom onset.31

In 2009, Lyme disease was declared a reportable disease in Canada,50 and in 2014, the Canadian Parliament passed legislation mandating a national framework for Lyme disease surveillance.51,52

This comprehensive review of surveillance systems for emerging tick-borne diseases highlights the need to make them adaptive as vectors, hosts, pathogens and ecologic factors evolve.29,31,36,53-56 An adaptive approach that incorporates necessary experts,2,3,37,57 comprehensive data points,35,58 standardized measurements59 and resources sufficient for maintaining long-term research protocols33 can enhance surveillance data across all phases of disease emergence, from pre-emergence to endemicity.

Though this framework was created for tickborne zoonoses, it can be applied to a variety of other vector-borne and zoonotic diseases.60-62 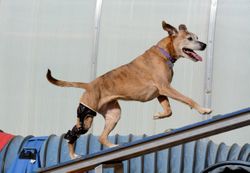 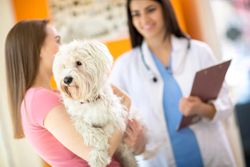 The pros and cons of veterinary wellness plans