Addressing a room full of animal health company executives-many of whom could attribute their success to his guidance over the years-Ron Brakke accepted the Animal Health Corridor's Iron Paw Award Aug. 25 at the Corridor's annual Homecoming event in commemoration of his 60 years in animal health.

Ron Brakke, left, accepts the Iron Paw Award from K-State Dean Dr. Ralph Richardson.Brakke, whose name is almost synonymous with veterinary industry knowledge, is CEO of Dallas-based Brakke Consulting, which employs some of the heaviest of heavyweight consultants in the profession. He was heavily involved in the formation of the Kansas City Animal Health Corridor consortium of companies in 2006.

“The Animal Health Corridor simply would not exist were it not for Ron Brakke,” said Ralph Richardson, DVM, dean of the Kansas State University College of Veterinary Medicine-the “western oupost” of the Corridor-in his introduction of Brakke.

A native of South Dakota, Brakke grew up on a farm in the middle of pheasant country. He received a degree in biology from Augustana College in Sioux Falls and worked for various animal health companies before founding Brakke Consulting in 1986, which specializes in the animal health, pet and veterinary industries. The firm's services include executive search; merger, acquisition and due diligence; market research and industry information; veterinary practice management; AnimalHealthJobs.com and a weekly animal health newsletter.

> Spearheading the 2008 publication of The U.S. Animal Health Industry: Its Pioneers and Legacy of Innovation, a book that documents the development of the global animal health industry.

> Assisting in the creation of the first KC Animal Health Investment Forum in 2009, which provides a platform for venture capital firms and animal health companies to learn about new technology opportunities from the entrepreneurs who are developing those technologies.

> Serving on the advisory board for the Kansas City Animal Health Corridor from its founding in 2006 until 2013. 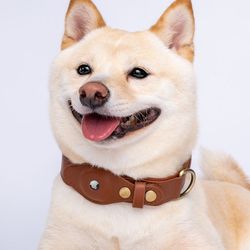