Lions, tigers, and rattlesnakes? Oh my!

One veterinarian recounts a time when a bold and brash intern met her match when she crossed paths with a rattlesnake…or so she thought.

It seems like every plant in West Texas has a thorn and every animal has a sting. Dry, dusty environments breed some of the toughest critters. I have spent my entire life here, so I assumed every place was like this. But when people from faraway places come to visit, I am reminded that the world is much larger than it appears from here.

Dr Emily was our new intern. She was a feisty, hardworking countrywoman who moved to West Texas from the Central Valley of California. She worked like a sled dog and seemed invincible. She had no fear, until she saw a rattlesnake and witnessed the painful effects its bite can leave. It was roughly a week into her internship when we had a horse trot in with a swollen head due to a nasty rattlesnake bite. The horse appeared to be barely breathing and had gooey eyes and splitting skin.

She spent a long time nursing this poor creature and commenting on how painful a bite from one of those slithering varmints must be. I could see her brain calculating what just 1 of those bites could do to a 100-pound intern, given that it caused devastating damage to a 1200-pound horse. Although she was gaining a healthy respect for the critter, I also knew she was starting to develop a major fear of the Western Diamondback.

Although weeks passed since the rattlesnake incident, the memory of it did not dim for Dr Emily. Her line of questioning seemed to focus on the normal habitats of rattlesnakes and her conversations with clients and colleagues often steered toward identification and daytime hiding places of these reptiles.

One client spewed a theory that stuck with her about why rattlesnakes cease rattling when startled. Their theory was that the ones that rattled got their heads cut off with a hoe by some cowboy or farmer, thus evolving away from the infamous rattle.

This concept seemed to worry her even more. How was one to be alerted of these slithery, toxic beasts if they just sit motionless and camouflaged? From then on, her awareness of the environment was heightened even more.

On one particularly warm July morning, I was walking from one barn to another at the clinic when I heard a faint noise in the distance. It was obviously a person in distress. I wasn’t quite sure if it was getting closer to me or just louder. Before I had time to analyze the exact source, I saw Dr Emily, who was screaming, “I need a boy and a hoe, I need a boy and a hoe!”

When we arrived, she was standing at a stall with her arms flailing about while informing us that a giant rattler was in there with a horse. Her brows had migrated up to her hairline and her lips quivered with terror as she continued shouting for a hoe before her patient acquired a swollen head.

One of the team members peered into the stall and quickly recognized that we weren’t dealing with a rattler. He started to smirk before heading into the stall without the much-needed hoe. Dr Emily’s eyes widened when he started herding the snake back into the pasture.

“What are you doing? That thing could make your head swell up and cause all the skin to break and your nose holes to collapse. You’re just going to run it off? It will come back,” said Dr Emily.

The fellow giggled and assured Dr Emily that we were dealing with a rowdy bull snake, and that they “don’t hurt anything, so we don’t kill them.”

“What do you mean they don’t hurt anything? I about prolapsed trying to get away from it. That thing was 6 feet long and hissing and you’re just going to…let it go? It could have given that horse and me heart failure. I hate snakes,” she said.

And there you have it. The seemingly fearless intern from the Central Valley of California finally met her greatest fear. And it just so happens to slither within the toughest fields of West Texas—at my clinic. 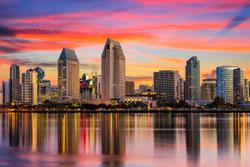