Hanging with Hafen: The facts behind roof failure

Are the winter storms done for good? If not, it's time to find out whether your roof can handle another round of snow.

I’ve recently gotten some calls from past clients. In a slightly breathless frenzy, they ask, “There’s three feet of snow on my roof; what should I do?”

In my best Yogi Berra impression, I replied, “I wish I had an answer to that because I’m tired of answering that question.” Like Yogi, I stumble when asked seemingly simple questions that are in fact complex.

The question, “What should I do?” really means, “Why do roofs fail?” And that’s a much broader question. So I talked with my favorite structural engineer, Tom Soell at JVA here in Boulder, and the following is what we came up with. Buildings and roofs fail due to a whole slew of reasons, but let’s start with why yours probably won’t.

If your facility was built within the last 20 years, you’re probably OK, even if you have two or three times as much snow as usual. This doesn’t mean you can’t have some significant deflection or even some superficial damage, because a sagging roof impacts other areas in the facility. But it would be highly unlikely for there to be a cataclysmic failure. That’s because structural design and code requirements have become more comprehensive and accurate in the last 20 years or so.

But there’s more to the story. Within the last couple of decades, code requirements and structural design have become more dialed in. For example:

> If your building is unheated or has a high degree of insulation on the roof so snow won’t melt, then your structural engineer should have increased your design load by 10 to 20 percent.

> If your building is grouped with a number or other buildings or in the trees where there’s less exposure to wind, then theoretically snow is more likely to accumulate on the roof. Therefore, your structural engineer should have increased your design load by as much as 20 percent.

> If your building is deemed a “critical” building, like a human hospital or an emergency shelter, then the design load could have been increased by as much as 20 percent.

If your structural engineer was thorough in his analysis, taking into account any obstructions that stuck up above the surface of the roof, then he would have accommodated for the snow drifting that will occur.

Finally, beyond the above loads and calculations, there’s a roughly 30 percent safety actor that represents the difference between what the roof should be reasonably expected to carry and the “yield stress” when things like steel beams permanently deform. This means that a roof you thought could accommodate 40 pounds per square foot could have actually been designed to support nearly twice that load.

Now, let’s talk about the bigger question of why roofs—and buildings—fail. Facilities built before World War II have been through more than 50 years or storms, so for the most part, they’ve proven they have the strength to stand up to loads beyond the norm. So provided there hasn’t been any other degradation of the structure caused by rot, fire, termites, or water damage, owners of these facilities can rest easy.

In contrast, you’re at the greatest risk for failure if you own a building between 20 and 50 years old. Starting in the middle of the last century, the pressure on builders to build faster and cheaper—and using less skilled labor and more unproven technologies—greatly increased. As such, buildings from this area seem to be more prone to failure than other buildings. Architects and contractors during this time period also used waterproofing systems in walls and windows, along with new roofing technologies, that have turned out to be prone to failure. This can cause water penetration and, eventually, structural failure.

For these buildings, the time to determine whether the roof is sound is before you’re asking yourself if you should grab your snow shovel. The best way to measure your roof’s winter readiness is to have an engineer perform a thorough inspection before the big storm hits. 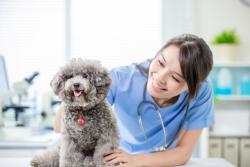