Bruins, a 3-year-old German Shepherd from Los Angeles County, California, survived a steep cliffside fall into a canyon where he remained isolated for 4 days with critical injuries.

Nationwide has declared Bruins, a 3-year-old German Shepard from Los Angeles County, California, the winner of the 2021 Hambone Award after sustaining a 400-foot tumble into a canyon where he survived isolated for 4 days with serious injuries.

According to an organizational release, Bruins either fell or jumped off a steep cliff in an attempt to flee from well-intentioned men locating him after he originally went missing. During a community search, the resilient canine was discovered by an off-duty police officer and was then rushed to an ACCESS Specialty Animal Hospital where was treated for a broken femur, collapsed lung, internal bleeding, and a shattered leg that needed surgery.

To demonstrate the company’s appreciation for the extraordinary care and follow-up treatment provided to Bruins by the ACCESS Specialty Animal Hospital staff, Los Angeles Nationwide awarded the hospital $10,000 through the Veterinary Care Foundation to help cover the cost of treatment of pets whose owners cannot afford care.

“At Nationwide we’re all about ‘extraordinary care,’ and we’re always proud to recognize that in our country’s veterinary teams,” said Jules Benson, BVSc, MRCVS, chief veterinary officer at Nationwide. “In Bruin’s case, the entire community showed extraordinary care in finding and helping this dog. I’m so pleased we could be a part of that effort, covering much of the expense through our pet health insurance.”

Bruins was selected from over 2.6 million claims submitted to Nationwide from the company’s database made up of more than 1 million insured pets. Out of the claims, the public then voted on a winner. Additional notable finalists include:

Bruins and his family will receive a trophy from Nationwide for winning along with other undisclosed gifts. 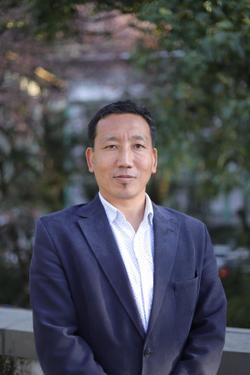