Following a voluntary recall of two dry dog food brands due to excess levels of vitamin D last month, the FDA has expanded this recall to include foods sold by six more companies: Sunshine Mills, ANF, Lidl (Orlando brand), Kroger, ELM and Ahold Delhaize, according to an alert from the agency. The recalled products were sold nationwide.

After receiving reports from pet owners that their dogs had suffered vitamin D toxicosis, one company told the FDA that it was voluntarily recalling its dry pet food because of potentially toxic levels of the nutrient. Other brands made by the same contract manufacturer have also been recalled, the agency says. It is working with the manufacturer to provide a list of affected products, and FDA scientists are investigating reports and evaluating samples of some of the products to determine if the reported illnesses are definitively connected to the diets.

So far, the agency, as well as state and private lab testing, have found that the food contained about 70 times the intended amount of vitamin D. This amount is potentially toxic to dogs, and in severe cases could lead to kidney failure or death, the release says.

Veterinarians and pet owners can report suspected illness to the FDA through its safety reporting portal or by calling their state's FDA consumer complaint coordinators.

Veterinarians treating vitamin D toxicosis cases should ask for the pet's diet history. The FDA is also interested in reading case reports, particularly those confirmed with diagnostics. The agency notes that vitamin D toxicosis could also present as hypercalcemia, similar to dogs that have consumed rodenticide. In these cases, it suggests confirmation through diet history to verify whether the dog has been eating any of the recalled products.

The list of brands affected by the recall is below. This list is current as of time of publication, but it could include additional products as the FDA monitors the situation, the release notes. Click the linked company name for complete information about the recalled product. 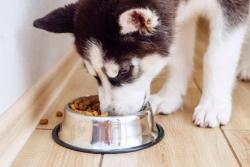