According to an organizational release, CFA has preserved the unique characteristics of each cat breed since 1906. It now registers 45 pedigreed breeds, plus spayed/neutered non-pedigreed domestic shorthair and longhair cats, recognized under its Companion Cat World program.

This large, longhaired cat with a plush coat is ranked No. 1 for the third year in a row. Ragdolls were first recognized as an official breed by CFA in 1998, and they come in 3 different patterns, all with piercing blue eyes and a calm disposition.

Also called the “gentle giant," the Maine Coon Cat, the largest pedigreed cat, moved up the ranks to second place. The CFA recognized these shaggy-coated cats in 1976. However, their history dates back to the Civil War days.

Recognized by CFA in 1967, the Exotic has a shorter coat that is plush and dense. This breed was popular in the show ring and divided into 6 unique competitive divisions based on color and pattern.

The Persian is well-known for its luxurious long coat, sophisticated features, expressive round eyes, and even temper. This breed was recognized by CFA in 1906 as a foundation breed of the cat fancy.

The Devon Rex cats are sociable and cuddly with soft wavy coats, expressive eyes, and large batwing ears. They were recognized in 1983 by the CFA.

This breed is at the same ranking for another year in a row and is often compared to the hunting cats of ancient Egypt. These agile, engaging cats have a ticked tabby pattern that gives them a one-of-a-kind wild look. It was among the CFA's foundation breeds recognized since 1906.

Two cats earned the No. 9 position.

The Scottish Fold has been recognized since 1978 and has signature folded ears and round eyes for an owl-like expression. This breed is highly desirable, but not all kittens will have folded ears so it is hard for the supply to meet the demand.

The registered Companion Cat is a non-pedigree domestic shorthair and longhair cat. Companion Cats are official card-carriers and compete in their own class at CFA shows. Some of the proceeds obtained from membership of this breed go to rescue/welfare efforts in their area of residence.

This hairless breed originated from a natural mutation. Breeders have outcrossed to normal-coated cats and back to hairless cats to produce a genetically sound cat with hybrid vigor. With an outgoing temperament, the Sphynx is often hard to adopt because breeders have long waiting lists. They were recognized by the CFA in 2006. 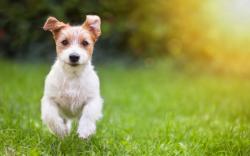