Cats: From darling to doormat and back again

Cats come with caveats, both real and misconceived. But a new generation of pet owners seems determined to understand cats—and enrich their lives like never before.

The most popular pet in America doesn’t bark. It purrs. Cats outnumber dogs in the United States by about 5 million, yet cats are killed in shelters at a rate 30% higher than dogs. Herein lies the feline paradox.

When it comes to cats, history is rife with contradictions. Cats were revered by ancient Egyptians, who believed them to be magical creatures. But they were viewed as agents of the devil at various junctures throughout time. In the 14th century, cats were exterminated on a mass scale due to misplaced blame that they brought bubonic plague.

So why do more than 3 million cats end up in US shelters each year? Ignoring their fecundity and their ability to live—and breed—independently, the top reasons, according to the National Council on Pet Population Study and Policy, involve owner relocation, landlords, household pet overabundance, maintenance costs, human health risks, and house soiling.1

Litter box issues are on the rise today, Lappin said. This increase coincides with people keeping their cats inside. In 2006, almost 40% of pet cats were given access to the outdoors. Today, this number is just 25%.2 The fallout for many shut-in cats is anxiety and sometimes litter box aversion.

Lappin pointed out that about half of shelter cats are relinquished due to physical issues that could have been managed medically. One such culprit are uroliths, commonly found in cats given up for inappropriate urination. There is an easy fix, but it often goes unaddressed because of the assumption that these cats are urinating outside the litter box due to behavioral issues that support surrender rather than a trip to the veterinarian.

For a number of reasons, many cats are denied medical evaluations. First, Dale said, almost 60% of owners report that their cats hate going to the vet.3 Often, it’s difficult to even load them into the carrier. Other factors include sticker shock associated with veterinary visits, relying on Dr Google, and the misperception that cats are self-sufficient and don’t require medical care.

Cats are also relinquished when household members are allergic to them. All cats produce a large, highly allergenic protein called Fel d 1. Produced in the salivary and sebaceous glands, Fel d 1 is transferred to the cat’s hair and skin during grooming and then dispersed into the environment via hair and dander. Although human reactions to Fel d 1 are not uncommon, the feline protein is often the default scapegoat. “An allergy in a family member, even if it’s not proven to be from the cat, is often assumed to be from the cat,” Lappin said.

Recently, Purina Institute scientists found an anti–Fel d 1 antibody (IgY) that blocks Fel d 1 sites and neutralizes the allergen.4 Cats fed a diet (now available commercially) that included an egg product containing IgY experienced a 47% reduction in active Fel d 1 on the hair coat. Reducing the allergen load in the environment is one way for allergy sufferers to live healthily with cats.

But allergy is hardly the only health risk that people associate with cats. Owners fear a variety of zoonoses that can jump between cats and people either directly (ie, from bites, scratches, or cutaneous/respiratory/fecal-oral exposure) or indirectly, through shared vectors, fomites, and the environment. These include toxoplasmosis, bartonellosis, tickborne diseases, ringworm, and fungal respiratory infections. “If they’re sick, have vomiting, diarrhea, coughing, sneezing, or pus dripping from a body part, we should think about zoonoses,” Lappin said.

He also addressed the possibility that coronavirus disease 2019 (COVID-19) might cross-contaminate cats and people. He explained that even though humans might transmit COVID-19 to their cats, infected cats would likely shed the virus for only a short period of time. Because COVID-19 in animals (and people) is not completely understood at this time, however, conclusions cannot yet be made.

What we do know for sure is that, with feline preventive care and hand washing, people are unlikely to develop zoonotic diseases from their cats, and needn’t relinquish them because of this. “Healthy pets without ectoparasites aren’t considered much of a risk to humans,” he said.

Being scratched by a cat is unpleasant, and another big reason people shed their cats. A greater risk to children, seniors, and immunocompromised people, cat scratches can be dialed back when owners shield cats from anxiety-provoking situations and provide them with environmental enrichment. This might be particularly crucial for cats that are not allowed to go outside and engage in the natural behaviors that generally keep them calm and content.

Many owners respond to scratching cats by declawing them, a practice Lappin discourages. He notes that the Centers for Disease Control and Prevention (CDC) does not recommend declawing because declawed cats are more likely to turn to biting.5

Lappin also cited ethical issues with declawing: “Cats don’t have a vote in this. If they had a vote, I don’t think they would say, ‘Take these off.’”

The pendulum swings back

Fortunately, Dale said, there’s a new generation of cat owners—millennials—who seem more invested than their predecessors in unraveling the feline mind. This younger demographic group is challenging the conventional wisdom that cats are antisocial and purely self-caring. “Millennials care about the emotional health of their pets more than any generation ever,” he said.

Surveys show that millennials overwhelmingly believe cats provide companionship and bring the family closer together. Over half of them view their cats “like a child.”6 Millennials are more likely to sleep in bed with their cats, bring them to the groomer, enroll them in kitten classes, purchase cat toys and scratching posts for them, engage them in mental enrichment, follow trending information on pet foods, and take them to the veterinarian regularly.

Nearly 80% of millennial cat owners report a favorable view of their veterinarian if the visits address the health benefits of the human-animal bond.6 Also, they increasingly seek cat-friendly practices and those that incorporate Fear Free standards.

Cats are partly to thank for the use of the drug remdesivir against severe acute respiratory syndrome coronavirus 2, the virus that causes coronavirus disease 2019 (COVID-19). Gilead Sciences developed the compound years ago in a failed effort to treat hepatitis C and, later, Ebola virus disease.

They later collaborated with investigators from the University of California, Davis, and the Winn Feline Foundation (now EveryCat Health Foundation) to show that their related compound, GS-441524, was effective against feline enteric coronavirus, which causes feline infectious peritonitis. When the pandemic hit, these and other data establishing the efficacy of remdesivir against other human coronaviruses prodded efforts to weaponize it against COVID-19.

Cats have cut many deals with humans over time, first offering up their mouse-killing services in grain stores along the Nile, then furnishing vermin control on ancient maritime trade routes, and later delivering understated companionship even while modeling viruses.

Domestic cats have changed little throughout history. Unlike dogs, cats mostly escaped selective breeding, largely due to an elevated appreciation for their natural form. Despite their 9000-year legacy in human history, cats remain de facto wild animals, for better or worse. Long gone are their days of being mummified and represented in temple murals and bronze statues, but cats are achieving a modern resurgence as sacred. 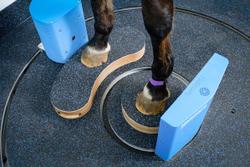