The new name reflects the organization’s commitment to the health and well-being of pet cats, homeless cats, and shelter cats.

After a half-century as Winn Feline Foundation, the organization has announced a new name: EveryCat Health Foundation. According to EveryCat President Drew Weigner, DVM, the new name better reflects the foundation’s commitment to improving the health of all cats.

“For over 50 years, we’ve advanced feline health through research and education for all cats, including pedigreed cats, homeless cats, and shelter cats,” Weigner says.

“Indeed, every cat you see in clinic and nearly everything you do for that cat was once funded by Winn Feline,” adds Susan Little, DVM, DABVP (Feline Practice), past president and board member emeritus for the organization.

Established by the late Robert H. Winn in 1968 at a Cat Fanciers’ Association Board Meeting in Chicago, the nonprofit foundation has since funded close to $8 million in grants and is the only organization solely dedicated to funding feline health studies around the globe.

My affiliation with EveryCat Health Foundation

Ricky, my Devon Rex, was one talented cat. He played a toy piano and knew all sorts of tricks, from jumping through hoops to leaping over prone dogs. In the late 1990s, before YouTube, TV stations loved Ricky’s act. He appeared on American and Japanese network TV, as well as on my radio show on WGN Chicago. The late Paul Harvey featured Ricky twice, and numerous newspaper stories dubbed him “Feline Einstein.”

Sadly, Ricky was diagnosed with hypertrophic cardiomyopathy (HCM) in 2000 and died suddenly 2 years later. I quickly set up a fund to raise money for HCM studies, and joined the Winn Board in 2004. Although it is a relatively common feline disease, the prevalence of HCM was unknown at the time and, more importantly, there was no effective treatment. To date, the Ricky Fund has raised about $200,000 for HCM studies. We now have a better understanding of the prevalence of HCM, and a simple cheek swab test in Maine Coons and Ragdolls can discern whether a gene defect exists.

As a proud member of the EveryCat Foundation Board of Directors, I remain determined to support finding an effective treatment HCM and other feline diseases.

“In those days, our grants were small,” recalls Joan Miller, who served as Winn’s board president from 1980 to 1996. Still, she felt it was imperative to set up a veterinary advisory group to assist board members in reviewing grant proposals. Since then Winn has attracted some of the most well-known and prominent veterinarians to volunteer their time to choose grants to fund.

Winn and the fight against feline viral disease

Miller recalls when feline leukemia virus was devastating cats around the world in the early 1980s. “At that time, the disease didn’t even have a name,” she says. “We called it the feline lymph node illness. We knew next to nothing.” Winn funded Niels Pedersen, DVM, PhD, now professor emeritus at the University of California, Davis, who made it possible to understand the retrovirus so the disease could be tackled, and ultimately a vaccine was created.

In 2005, the Bria Fund was set up to focus specifically on FIP and has funded more than $500,000 in research. “I’ve been a veterinarian for 30 years and there’s nothing worse than telling a client their kitten has FIP (feline infectious peritonitis),” says EveryCat Board Secretary Dean Vicksman, DVM, CVJ. “The FIP breakthroughs are incredibly exciting.”

From early on Winn has funded Pedersen and others around the globe, at first just to get a better understanding of FIP. In November 2019, with Pedersen at the helm, Winn and the University of California, Davis School of Veterinary Medicine cohosted the Purrsuing FIP and Winning Symposium. Over a dozen researchers from around the world, once funded by Winn for FIP studies, spoke at this ground-breaking event, likely the largest of its kind ever to focus on a feline disease.

It was Pedersen’s work and Winn’s funding that led to development of a drug nearly identical to remdesivir (Veklury, Gilead Sciences) that helps treat FIP in cats. When the novel coronavirus disease 2019 (COVID-19) pandemic hit, previous work in veterinary medicine led to the attempt to use remdesivir to treat people with SARS CoV-2, the virus that causes COVID-19. Indeed, remdesivir was the first drug awarded conditional approval by the FDA to treat COVID-19.

“I knew Winn had impact,” says Vicksman, “but I am surprised by how much there truly is. The depth of the research we’ve funded and continue to fund is amazing.”

Weigner, who has served on the Winn Board since 2014, shares news of a promising collaboration, a partnership with Purina and Mars to investigate the role of phosphorus in the development of chronic kidney disease. “This collaboration marks the first time these 2 pet food titans have joined together, leaning on the EveryCat call for proposals and then direct money to resolve the riddle of the most common geriatric disease of cats, potentially saving millions of lives,” says Weigner.

“I couldn’t be more excited about moving our mission forward through the evolution to EveryCat,” says the foundation’s Executive Director Jackie Ott Jaakola. “There isn’t a more appropriate time than now—when the world recognizes how important our animal companions are in our lives—for communities to join us and work together to help improve the lives of cats and people who love them.”

Steve Dale, CABC, writes for veterinary professionals and pet owners, hosts 2 national radio programs, and has appeared on TV shows ranging from Good Morning America to Oprah. He is on the dvm360® Editorial Advisory Board as well as the boards of the Human-Animal Bond Association and EveryCat Health Foundation. He appears at conferences around the world. Visit stevedale.tv. 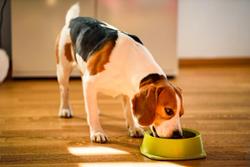