Sage, an accounting and financial management software company, has announced the recent successes and business improvements Canine Companions—an independent nonprofit organization—has experienced by transferring its financial software to the cloud with Sage Intacct.

According to a company release, Canine Companions transitioned from on-premises accounting software that required 70% of the work to be done manually in Excel or with paper-based workarounds, to now having automated processes and deeper organizational insights. This new solution has also enabled Canine Companions to scale its finance operations to maintain its 2.4x growth in grants, assets, and transactions, while simultaneously processing receivables 50% faster and reducing costs by $500,000.

During the last 4 decades, Canine Companions has paired more than 7,000 service dogs with adults, children, and veterans with disabilities—at no cost to clients. This nonprofit has a mission of offering greater independence to these program participants and currently spans 6 training locations nationwide. Canine Companions’ leadership attributes Sage Intacct to the finance team's success.

“To see where the organization was five years ago and how it’s performing now with modern automation and insight has been very gratifying,” said Jack Peirce, CFO at Canine Companions, in the release. “Sage Intacct made it very easy to absorb our rapid growth in transactions, and we did it efficiently while maintaining internal controls. We’re now realizing economies of scale.”

Due to the organization’s regional scope, navigating complexity across locations and functions with the cloud was essential, according to the release. Some of the impressive results with Canine Companions move to Sage Intacct include:

What’s more, the new system has allowed Canine Companions to achieve more complicated grant funding that before was out of reach.

“Our development team is no longer afraid of restricted funds or pledges. They know we can account for them and administer them effectively, so they’ll have the information they need to steward those donors,” Peirce added. 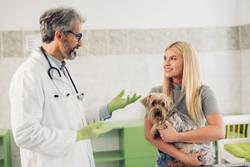 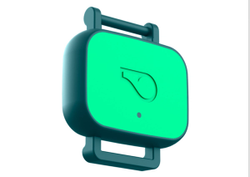