The people seated around us were strangers, and none of them looked as though they could discuss tractors or horses.

It is nine miles of road that is so flat and treeless that you can see the lights of towns 15 or 20 miles away on a dark night. I drive it to and from work every day. The people here drive pick-ups and talk about tractors and horses. A night on the town means a 60-mile trip to Lubbock to take in some barbecue and a movie. It's who we are and what we do, and I guess I just figured the whole world was that way, too.

A few years back, I was asked to be on an advisory board for a pharmaceutical company. This was, of course, quite an honor, and it meant spending some time in the Northeast. The plane tickets arrived complete with hotel reservations and papers for car rental. They were even footing the bill for my wife to come along.

The hotel was so big that it could sleep the entire town of Lamesa. The company spared no expense: hotel room with two bathrooms, unlimited room service, candy on the pillow and very impressive dining experiences.

It was the first night there, and we were told that a car would pick us up and take us to our dinner spot. I told Kerri that we might want to dress up a little. She put on a nice pant suit, and I slipped into a pair of khakis with a pressed Wrangler 20X shirt. A man met us in the hotel lobby and drove us in a limousine about three blocks to a French restaurant.

We were seated with the others on the advisory board, all of which were wearing suits and ties or evening dresses. Uncomfortable was the word that kept coming to mind as they brought us a menu and filled or water glasses. The people seated around us were strangers, and none of them looked as though they could discuss tractors or horses.

I unfolded the menu, but I couldn't read it. It was in French. I sat there a minute and tried to think if I knew any French words. Hmmmm ... nope ... not one ... not even the cuss words. Kerri made the discovery about the same time I did and started kicking me gently under the table.

Not wanting to appear any more ignorant than I already did in a pair of khakis with white socks, I smiled and pointed to two items on the menu as the waiter graciously jotted something down for our orders.

"What did you get us?" Kerri asked out of the corner of her mouth as the tuxedo-clad waiter made his way around to the rest of our party.

"I have no idea," I muttered under my breath. "Just smile and eat it when it gets here."

About 20 minutes later, the food arrived. Mine was two brown piles of something surrounded by some green leaves. Kerri's was red and when it arrived, the waiter struck a match to it. It burned brightly for about 15 seconds before it went out.

As bad as the conversation was, it was pleasant compared to the food. I could barely choke it down. When no one was looking, Kerri slipped her meal into her purse. I paid close attention to how much space she had left in her bag, but I was out of luck; it was full. I continued to eat and disguise my grimace.

When the evening finally ended, I asked the waiter what we ate on my way to the door. He smiled and said Kerri had eaten some sort of raw fish. I ate "ze liver from ze duck."

Wow, what are the odds of pointing to two things on a menu and getting two items I would never eat under normal circumstances? It kinda makes me wish for nine miles of flat road and a 60-mile trip to Lubbock where you can read the menu, wear white socks and use my wife's purse for non-perishable items. 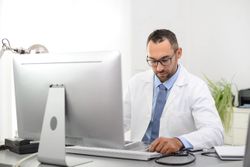 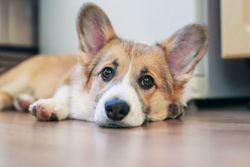 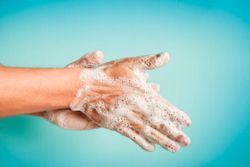