Cognitive impairment in cats is tricky-there's just not much information on the topic for veterinary teams. At the 2018 American Association of Feline Practitioners conference, held in Charlotte, North Carolina, Margaret Gruen, DVM, MVPH, PhD, provided clarity on the complex etiology of feline cognitive dysfunction syndrome (fCDS). She also offered tips for veterinarians on diagnosis and management.

What is feline cognitive dysfunction syndrome?

Cognitive changes are common in cats aged 10 years and older. However, many of these signs, including decreased activity and social interaction, are subtle and may be mistaken by owners as a normal part of aging. In fact, according to one study, cat owners reported at least one behavior problem in 28% of cats aged 11 to 14 years and in more than 50% of cats aged 15 and older.1 Many of the reported issues in that study, such as excessive nighttime vocalization and house soiling, were consistent with fCDS, also called “feline dementia.”

Although our understanding of cognitive dysfunction in animals frequently is extracted from human medicine, the exact etiology of neurobehavioral syndromes remains poorly understood. Cognitive dysfunction likely has genetic, nutritional and environmental components.

Dr. Gruen explained that high oxygen demand and lipid content make the brain particularly susceptible to the “cascade of damage” resulting in cognitive dysfunction. Known neuropathologic changes in the brain that lead to cognitive dysfunction include compromised blood flow, chronic inflammation, oxidative damage, and inefficient free radical scavenging. Across species, these processes cause plaques of beta-amyloid protein to surround neurons, ultimately resulting in neuronal dysfunction and death. Another pathologic change, tau protein hyperphosphorylation, is also documented in humans with Alzheimer disease and in cats, although its role in fCDS remains unknown.

Cognitively impaired patients may have reduced production and/or metabolism of neurotransmitters that are responsible for maintaining normal movement, posture, mood, memory, appetite and sleep. Serotonin, gamma-aminobutyric acid (GABA), norepinephrine, dopamine and acetylcholine are most commonly affected.

The role of chronic pain in cognitive impairment

Dr. Gruen explained that chronic pain plays a significant role in many fCDS cases. Common geriatric issues in cats include degenerative joint disease, arthritis, dental pain, interstitial cystitis and neuropathy. These tend to have “multidimensional effects” on all aspects of the patient's life, including behavior, sensation, cognition, social interaction and physiology.

Relatively obvious signs of fCDS tend to be those noticed first by the owner, while subtle or early changes may only be revealed through detailed questioning by the veterinarian. These include mild changes in mood, grooming behavior and appetite. Because owners often mistake subtle signs for normal aging processes, Dr. Gruen explained it is the veterinarian's responsibility to learn more. “When we don't ask about these behaviors,” she stated, “we don't find out about them.”

Cats with fCDS often display learning, memory, motor function and spatial-awareness deficits similar to those seen in humans with Alzheimer disease. Overall, the cat owner may notice these slowly progressive changes as a decreased ability to cope with stress and adapt to changes.

Dr. Gruen admitted that evaluating cognitive function in feline patients isn't easy. She advised veterinarians to “look at changes in the individual cat over time.” Begin screening early to establish patient-specific physical and behavioral baselines. Then, reference baseline information as clinical signs develop. She also emphasized that many signs associated with cognitive dysfunction, such as house soiling, may have medical causes, which is why fCDS should be a diagnosis of exclusion after ruling out other diseases.

Management of fCDS, Dr. Gruen explained, is most effective when the veterinarian and owner work together. Owners should be encouraged to make a list of activities they perceive as important to their pet's quality of life. These may include perching, playing and grooming. The veterinarian can then maintain the list in the patient's record and discuss changes with the owner on a regular basis. Because many cats are more comfortable in the home than in a hospital environment, Dr. Gruen often asks owners to take pictures and video of behavior at home. She then uses these images to determine management strategies.

Social interaction, mental stimulation and physical exercise are all vital components for cognitive support in aging cats. Dr. Gruen recommended use of heated beds to draw cats toward certain areas of the home, including elevated perches and window ledges. Also, many enrichment tools created for dogs, such as puzzle toys, effectively stimulate mental and physical activity in cats. The team should focus on maintaining adequate nutrition, hydration, grooming and elimination habits.

No FDA-approved options exist for treating behavioral disorders in cats, so use is all off label. Several options are available for symptomatic relief, but Dr. Gruen reminded the audience that all should be considered supportive rather than “miracle drugs” for treatment of fCDS. Options include monoamine oxidase inhibitors (MAOIs), omega-3 fatty acids, free radical scavengers and antioxidants, S-adenosyl-L-methionine (SAM-e) and L-theanine. Some commercial therapeutic diets contain one or more of these ingredients.

Among available pharmaceutical options, selegiline (also known as L-deprenyl and marketed by Zoetis as Anipryl) is currently the only FDA-approved drug for treatment of canine cognitive dysfunction syndrome. This MAOI has several documented neuroprotective effects, including improved astrocyte function, increased dopamine production and enhanced free radical scavenging. Clinical improvement is typically observed within 4 to 8 weeks of initiating treatment. A documented treatment for house soiling and reduced activity, selegiline is also particularly useful for regulating sleep patterns when administered in the morning, according to Dr. Gruen. One study also demonstrated improved spatial memory in dogs after selegiline administration.3 Potential side effects include vomiting, diarrhea, restlessness and anorexia, as well as increased stereotypic behavior if administered at high doses.

Other pharmaceutical options include Senilife (CEVA Animal Health), which contains the antioxidants phosphatidylserine, ginkgo biloba, vitamin E and vitamin B6; and L-theanine (marketed by Virbac as Anxitane), a green tea extract designed to enhance GABA, serotonin and dopamine levels.

Keep in mind precautions associated with administration of certain drugs. For example, selegiline should not be used concurrently with selective serotonin reuptake inhibitors, tricyclic antidepressants or opioids due to the risk of serotonin syndrome. Tricyclic antidepressants may have anticholinergic effects, particularly in older pets, and benzodiazepines have been blamed for exacerbating cognitive decline in human patients with existing cognitive dysfunction, particularly when used after anesthesia.

Dr. Gruen closed by demonstrating how multimodal treatment can be tailored for treatment of specific signs, such as nighttime vocalization. First, she advised identifying and managing any underlying medical causes. Then, incorporate various components of treatment. For example, environmental management of nighttime vocalization may include blocking noises that awaken the cat and owner, use of a heated bed for improved comfort, and adjunctive use of music, aromatherapy and body wraps. To retrain the patient's circadian rhythm, Dr. Gruen advised owners to keep affected cats awake during the day, especially during the morning and evening periods. Finally, anxiolytic pharmaceutical drugs and supplements may provide additional support for particularly severe cases.

Many veterinarians and cat owners find that cognitive impairment issues are relatively complex, which is why it's important to remember the progressive nature of fCDS and set realistic management goals. As veterinarians, the “goal should be to keep patients as healthy and comfortable as possible during their golden years,” said Dr. Gruen. By establishing patient-specific baselines for behavior and physiology, the practitioner and owner can work together to manage clinical signs and prioritize feline patients' quality of life.

Dr. Stilwell provides freelance medical writing and aquatic veterinary consulting services through her business, Seastar Communications and Consulting. In addition to her DVM obtained from Auburn University, she holds an MS in fisheries and aquatic sciences and a PhD in veterinary medical sciences from the University of Florida. 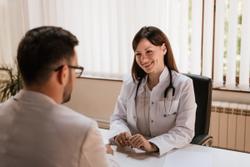 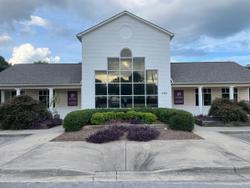