The 'seduction of punishment'

In a recent dvm360® interview, Christopher Pachel, DVM, DACVB, CABC, described what he calls the 'seduction of punishment' when attempting to correct feline behavior and how this causes adverse effects.

During an interview at the Fetch dvm360® conference in San Diego, California, Christopher Pachel, DVM, DACVB, CABC, lead clinician and practice owner of Animal Behavior Clinic in Portland, Oregon, defined what the 'seduction of punishment' is while divulging how this method is often ineffective and yields detrimental results.

View the video below for the entire discussion. The following is a partial transcript.

Christopher Pachel, DVM, DACVB, CABC: When I say the seduction of punishment, what I really mean is that if a cat is engaging in, let's say, scratching on the furniture, and I get after them in some way, it's pretty likely that I'm going to be able to interrupt that particular cat in that moment. And so, I, as the punisher go, 'Hm that worked, it worked to stop the behavior in the moment.' So that means I got reinforced for engaging in that behavior, which means my behavior just got strengthened. But the ultimate test that we want to be able to ask is, 'Is that cat now less likely to scratch on the piece of furniture in the future?' 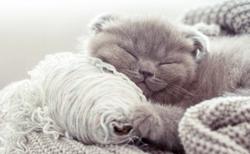