States crack down on puppy mills

NATIONAL REPORT — At last count, in 2006, 287,000 dogs crossed the United States' borders, and veterinary officials fear the problem is getting worse.

Consumer demand for pure-bred and cross-bred puppies coupled with strict new domestic breeding laws is believed to be driving importation numbers even higher than four years ago. To exacerbate the problem, federal regulators have no real way of tracking exactly how many dogs are brought in the country, where they come from, where they are going and whether importers are following up on vaccination requirements for underage puppies.

"One thing that really concerns veterinarians is, underage puppies come in and not only are they at greater risk of zoonotic diseases, but also other canine diseases," says Nina Marano, DVM, of the Center for Disease Control and Prevention's (CDC) Division of Global Migration and Quarantine. "It is a concern. It's a consumer issue; it's a public health issue; it's a veterinary issue. Really, it's a moral and ethical issue."

CDC has a rough idea of how many puppies are crossing United States borders, but only anecdotally, Marano says.

"The fact is that we have a very big country and many, many ports of entry to monitor," she explains. "We've been looking at this closely over the last five to six years and ... the takeaway message is that, anecdotally, we do believe there has been an increase in imported animals."

No definitive data is available on the number of dogs and puppies imported to the United States each year since no single agency is required to keep track of those numbers. The United States Department of Agriculture (USDA) monitors only commercial breeders who sell animals through pet stores, brokers and research facilities. The CDC monitors rabies vaccinations in imported pets, but its regulations neither require a health screen for dogs prior to arrival to the United States, nor an evaluation for specific zoonoses of concern. Enforcement of regulations are "problematic, because there is no federal requirement mechanism, or capacity for documenting compliance," according to a 2008 article in the journal Zoonosis and Public Health by Marano and fellow CDC veterinarian G. Gale Galland, DVM.

Plus, CDC can't man all the nation's ports of entry, leaving Customs and Border Protection, whose officers have no veterinary training, as the first line of defense to ensure all imported animals meet federal agency requirements.

CDC has taken "snapshots" of data to gauge dog import trends and found that 287,000 dogs were imported in 2006. About a quarter of them were too young to have rabies vaccinations. Their importers were required to sign agreements stating the dogs would be confined until the vaccine was administered, but enforcement is passed on to local animal-control agencies once the dogs are in the country. And critics contend most imported dogs are sold as soon as the dogs are brought home from the airport, not after the agreement is fulfilled.

More than 5,100 confine agreements were signed between January 2006 and September 2007 at just 15 of the 20 quarantine stations monitored by the CDC, but about 4,000 of those agreements were violated in 2006 alone, with the puppies being sold before the confinement period ended. There's no telling if any had been vaccinated at all.

But dogs aren't the only imports on the rise. According to another article co-authored by Galland that appeared in a May 2009 edition of Veterinary Clinics of North America: Small Animal Practice, the volume of live animal imports to the United States has roughly doubled since 1991.

"From 2003 through 2006, annual increases in wildlife trade ranged from 6 percent to 11 percent. From 2000 through 2004, approximately 588,000 animals were imported into the United States each day," the article states, adding those are just the animals that border agents find. "Interpol estimates that wildlife smuggling ranks third on the contraband list of items of value, behind drugs and firearms."

Some blame falls on federal regulators, who lack the time and resources to follow up on every animal import.

"In 2000, most imported dogs were single import," Galland wrote in the 2009 article. "In 2003, the number of imports of multiple puppies per shipment began to increase. The number of puppies imported into California through airports increased from 110 multi-dog imports in 2003 to 365 in 2004. Each shipment contained as many as 40 puppies. A similar increase was seen nationally ... As the number of shipments containing more than one dog increased, tracking puppies became increasingly difficult."

But the problem also can be attributed to market demand, uneducated consumers and puppy millers turned irresponsible importers.

"It's getting tougher to raise dogs in the United States. The USDA is requiring more of commercial breeders," Marano says, adding many former puppy millers are believed to have turned to importing to increase profits.

In Pennsylvania — a state known for its concentration of puppy mills — 256 kennels were closed in 2009 compared to just 65 kennels closed in 2004.

For instance, one French Bulldog group he provided services for claims there are now more French Bulldogs imported into the United States than are bred here, because artificial insemination and cesarean deliveries can be performed cheaper by unlicensed veterinary workers in other countries.

"The sale over the Internet of both commercially bred puppies and imported puppies has become a big business — and probably considerably outstrips sales of puppies through pet shops," Hoffman said during testimony before Congress in 2006 on an importation law that never passed. "USDA regulations prohibit carriers from accepting animals for transport without a health certificate signed by a licensed veterinarian and from transporting puppies younger than 8 weeks. It appears that both regulations are routinely flouted by commercial puppy exporters abroad. That health certificates are being forged is evidenced by the large incidence of illness and death among puppies within a day or two of arrival in the United States."

Many of these imported dogs are irresponsibly bred with a host of genetic problems and are shipped young — too young to vaccinate — to meet market demand. Importers often lie about age and health issues on a dog's records and get away with it, Hoffman claims.

"If the form said 8 weeks, nobody questioned it," Hoffman says, adding that rabies requirements are treated with disdain by some importers. "There's been no enforcement of (confinement agreements) and the importers have been thumbing their noses at it for years."

But importers for profit aren't the only violators. One rescue organization alone imported 295 dogs from the Middle East in 2006, according to Galland and Marano's article, and even veterinarians can be pulled into a laissez-faire attitude about pet importation.

Galland's 2009 article reveals a 2007 case of a puppy imported from India by a Washington state veterinarian. The dog was given to another veterinarian, bit veterinary clinic staff and another dog while showing signs of rabies, but wasn't diagnosed with the disease until another veterinarian brought it to Alaska. Eight people had to be treated for rabies.

Several rabies cases in imported dogs have been tracked in recent years, as well as cases of other diseases long-eradicated in the United States, like screwworm. Screwworms are monitored by the USDA and could cause up to $750 million in livestock production losses, the article notes. New World screwworms were eradicated from the United States in 1966, and Old World screwworm had never been seen in this country until it was found in a puppy imported from Singapore to Massachusetts in 2007.

"Veterinarians should be vigilant when examining new puppies" Galland wrote. "Many imported dogs are never confined properly or inspected for infectious diseases, and many diseases may not be detected readily in imported dogs ... a veterinarian could be the one who prevents the next outbreak."

A lot of imported puppies arrive at U.S. ports dehydrated, but not really ill. It's a few days after entering the country that they become symptomatic.

"Rabies is of particular concern in imported dogs because of its long incubation period," wrote Galland and Marano. "Because of this, dogs may be admitted on the basis of apparent good health, but may be incubating the virus and could develop disease after entry."

An importation clause in the recently passed Farm Bill could provide some relief, as it prohibits the commercial importation of any dog younger than 6 months of age, Marano says. But USDA must write the regulations to put the Farm Bill into effect, and that has not even been started, Hoffman says.

"Buyers and veterinarians report that imported puppies suffer from higher than normal incidences of pneumonia, parvovirus, rabies, ringworm and severe congenital defects," wrote Sen. Dick Durbin (D-Ill.), who supported passage of the Farm Bill, in a press release about the legislation. "The CDC lacks the staff, law enforcement powers and resources to ensure each shipment is safe."

CDC is reviewing its regulations — written in 1956 and last updated in 1983, when international travel was less frequent and dog imports consisted of the occasional family pet — and has found that the general public would like to see more stringent laws. But changes take time, Marano says.

"There are only two ways to attack: regulations to dry up supply and education to dry up demand," she explains.

"Veterinarians are really one of the first lines of defense, and they need to be educated on the regulations of their state so they can educate their clients about the risk involved in buying these puppies," adds Galland. 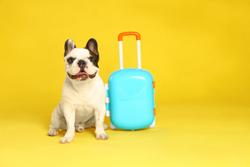 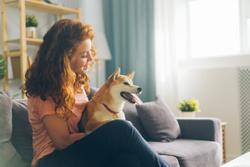 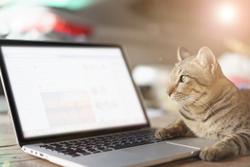