Protesting working conditions they say are “deplorable,” some 30 veterinary team members-including veterinary technicians, assistants, coordinators and facilities staff-at a San Francisco veterinary hospital walked off the job during an hour-long protest earlier this month, according to local media reports. This was the second walkout to occur at VCA San Francisco Veterinary Specialists in three months.

“Our health benefits here are deplorable, and you know we get injured a lot on this job,” Bradley said in the interview. “A patient is struggling or jumps off a table, and we have to catch them.” She added that some injury cases have been so severe that employees were unable to return to work.

According to KQED News, in August, the National Labor Relations Board issued a complaint against VCA San Francisco Veterinary Specialists, stating that the hospital had violated labor laws by not engaging in good-faith bargaining. The agency also called for a federal court hearing at the end of September.

In 2017, Mars Inc. purchased VCA, which owns San Francisco Veterinary Specialists and another estimated 750 animal hospitals nationwide. Since then, hospital staff voted to unionize and join the International Longshore and Warehouse Union (ILWU).

"We've got to fight against this corporation that is eroding care not just here but all across the country," Ronen told KQED. “They are doing every sneaky tactic to stall the negotiation of the first contract. It's disgusting, it's illegal, and it needs to stop.”

Not only have contract negotiations been dragged out for over a year, employees also say hospital management is assigning union work to non-union staff. “A lot of us really love what we do and they're drowning us out,” said Bradley.

Mars, which also owns the Banfield and BluePearl veterinary practice groups, responded to critics with the following written statement to ABC7: “VCA has been in contract negotiations for over a year with the International Longshore and Warehouse Union, which represents certain staff at VCA San Francisco Veterinary Specialists (SFVS). We remain committed to reaching a contract that treats employees fairly and enables the hospital to provide the highest levels of specialty patient care and emergency services for patients and clients in San Francisco.” 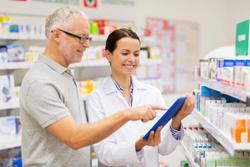