This veterinarian-backed scientific study out of the University of Pennsylvania will be among the first of cannabinoid therapy for pets.

Believed to be the largest-scale trial commenced to date, this clinical trial is among the first scientific studies of cannabinoid therapy for pets, according to the release. (Andris Tkachenko/stock.adobe.com)

In an effort to relieve symptoms of joint immobility in dogs, a new clinical trial hopes to evaluate the effectiveness of a hemp-based natural supplement, a recent release states. The trial will be taking place at the University of Pennsylvania School of Veterinary Medicine (Penn Vet), and will be using canine supplement products provided by Therabis, a subsidiary of Dixie Brands, one of the cannabis industry's leading consumer packaged goods (CPG) companies.

The clinical trial, led by principal investigator Kimberly Agnello, DVM, MS, DACVS, DACVSMR, will study dogs known to be suffering from inflammation secondary to osteoarthritis to determine whether the supplement achieves better outcomes in these dogs than those that are left untreated, the release states. To accomplish this, a group of 20 dogs will be targeted: one group will receive cannabidiol alone, while others will receive the formula for a proprietary veterinarian-specific formula Therabis product. A control group, of course, will receive a placebo.

“As dogs age,” the release states, “discomfort from osteoarthritis, back issues and joint immobility can become increasingly common. Larger and heavier breeds can be especially prone to these issues. It is estimated that more than half of dogs older than seven years suffer from arthritis.”

Believed to be the largest-scale trial commenced to date, this clinical trial is among the first scientific studies of cannabinoid therapy for pets, according to the release. To establish quantitative measures of effectiveness, the study incorporates physical tests. And since the inflammatory process is equivalent, the study will study dogs' front leg joints rather than studying the hips, the release states.

Results for this study are anticipated to come within 12 months and are expected to be published in a veterinary medicine journal, according to the release. To learn more about Therabis, visit their website. 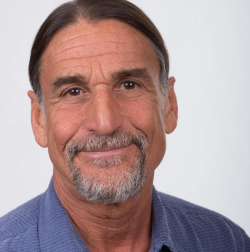