ProHeart 12 approved for use in U.S. veterinary market 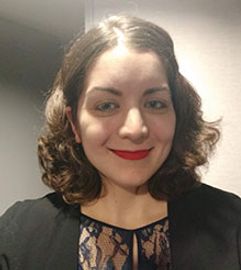 Gabrielle Roman is the Content Marketing Manager for the dvm360 team. She helps brainstorm, produce and promote all the excellent content you can find on dvm360.com and the print publications dvm360 magazine, Firstline and Vetted. In 2018, she was named a Folio: Rising Star Award Honoree.

The FDA's Center for Veterinary Medicine announced this week its approval of ProHeart 12 (moxidectin) extended-release injectable suspension for dogs 12 months of age and older. ProHeart 12 prevents against heartworm disease caused by Dirofilaria immitis and also treats existing larval and adult hookworm infections. Its formulation gives 12 months of protection for dogs, meaning injections only need to be given once a year.

The moxidectin compound in ProHeart 12 has been previously approved in ProHeart 6 (which lasts for six months) but with three times the concentration of moxidectin. ProHeart 6 has a troubled history-it hit the U.S. veterinary market in the early 2000s but was voluntarily removed from shelves in 2004 after thousands of adverse events, including death, were reported to the FDA.

After Fort Dodge Animal Health, the manufacturer at the time, made changes to how the drug was manufactured and worked with the FDA to create a Risk Minimization Action Plan (RiskMAP), the product was relaunched in 2008. The RiskMAP set several conditions, including requirements that veterinarians complete training and certification, provide informed consent forms to pet owners before administering treatment, and the product labels include additional safety and risk information.

Since then, Fort Dodge was acquired by Pfizer Animal Health, which was subsequently spun off as an independent, publicly held company, Zoetis Inc. In 2013, after conducting a four-and-a-half year study, Zoetis announced that some of the restrictions from the FDA had been lifted, allowing the drug to be administered to healthy dogs between 6 months and 7 years of age and letting trained veterinary technicians and assistants administer the injection.

Investigators evaluated the safety of ProHeart 12 in laboratory studies as well as field studies in client-owned dogs. In total, safety was evaluated in 404 animals, including 297 client-owned dogs, according to the FDA release. Furthermore, the FDA reviewed adverse event data from foreign markets, including Australia, and adverse event data for ProHeart 6 in the U.S., according to the release.

All studies showed ProHeart 12 to be 100 percent effective in the prevention of heartworm disease for one year. The product is available in two sizes-10 ml and 50 ml.