How feline-friendly handling saved lives in the California Camp Fire 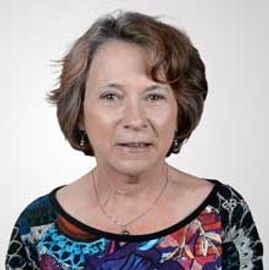 Dr. Elizabeth Colleran is the owner and Hospital Director of two exclusively feline practices and is an ABVP Diplomate in Feline Practice. She participated in the 2013 Bayer Veterinary Care and Usage Study 3 Feline Findings. Prior to veterinary school, she worked in Sales and Marketing Management for IBM where she worked with Fortune 500 companies to streamline internal networks. Her passions are her crazy husband, two equally crazy Burmese cats, bicycling and Indian cuisine.

This is a powerful example of how understanding the way cats think and making changes to accommodate their needs really can prevent illness and save liveseven under the worst of circumstances.

At 6:33 a.m. on Nov. 8, 2018, Pacific Gas & Electric was alerted to an error message involving a piece of equipment in a remote area of the Sierra. Downed wires at the source ended up igniting a fire that spread so fast it was at one point traveling at a rate of 60 football fields per minute.

The town closest to the origin of the fire, Concow, was not alerted until after the fire had already reached it. State fire control services could not reach the blaze until later in the afternoon-the roads were too narrow for fire engines to navigate and high winds hampered air resources.

In the meantime, the fire raced toward Paradise, a small town in the foothills above the Sacramento River Valley, arriving there by 8 a.m. Alert systems everywhere failed. Paradise was overrun with fire, and residents ran for their lives. In the end, 153,336 acres burned, 85 people died, and 13,972 residences and 528 businesses were destroyed. Four of the seven veterinary practices in and around Paradise burned to the ground.

People lucky enough to escape had little with them-family members, some pets and, less likely, important papers. There were only two roads out of town, and both led to Chico.

Fear, stress and sadness reached devastating levels as deaths began to be reported. By midmorning, people started appearing at our practice with cats in tow. Our evacuated staff members brought their own animals, at least the ones they could find.

One of our assistants who had been trained in Cat Friendly Practice handling techniques declared he would never have been able to rescue his cats had he not known to be slow, calm, quiet and deliberate.

As we began to rearrange our hospital to become an emergency shelter, we used these same rules to work with our already considerably stressed guests. We used all the space we could muster to keep the cats from seeing one another. As the fire burned on, we borrowed enclosures and carriers from wherever we could find them. By the end of the first days, we had 66 feline guests, about three times the number we ordinarily accommodate during the peak holiday season.

Because cats are very connected to “place,” being moved from their home range is challenging. Cats are solitary hunters supremely attuned to assess danger in their environment, including the fear their caregivers are experiencing. Predictability is key to feeling safe, and these circumstances were anything but. As people began to find shelter for themselves, many reported that they couldn't pick up their cats until they were in accommodations that allowed cats. This was going to take a while.

We know from work done in shelters that hospital length of stay is a strong predictor of stress-related illness in cats, as is the size of the shelter space and the ability to see other cats. Our circumstances were not ideal. There were no medical records for the cats that weren't our own, and the health, vaccination history and lifestyle of these animals were largely unknown to us.

It took 17 days to fully contain-but not extinguish-the fire. As the media stories diminished, our challenges grew. From the beginning, everyone knew we had to set our expectations realistically. Our primary goals were to get the cats to eat (except that no one had brought food and we didn't know their typical diets) and to prevent disease outbreak by careful nursing care and stress reduction.

We implemented all the feline-friendly handling guidelines we had always used religiously-quiet voices, slow movement, covered enclosures for stressed cats. We plugged in Feliway, played classical music and coached each other to stay focused on the way cats think. Some of our vendors, including Kindred Bio, Zoetis, Ceva and Purina, provided us with calming products for cats to augment our efforts.

Within the first 30 hours, all the cats were eating at least something. Housing continued to be a challenge for people. There were large outdoor encampments; every motel and inn was packed; friends and family were imposed on. Insurance premiums took time, and permanent housing did, too.

Finally, after nearly four months, the last of the 66 cats that appeared on Nov. 8 was discharged to its caregiver. Despite admitting cats with various stress-related illnesses due to evacuations, being left behind or being kept in other emergency shelters, we did not have a single case of stress-related illness-no herpes conjunctivitis, no respiratory signs. Our length of stay varied from one to four months.

Dr. Colleran is owner and hospital director of two exclusively feline practices and is an ABVP Diplomate in Feline Practice. Prior to veterinary school, she worked in sales and marketing management for IBM, where she helped Fortune 500 companies to streamline internal networks. Her passions are her crazy husband, two equally crazy Burmese cats, bicycling and Indian cuisine.