If Gov. Cuomo signs the bill passed by the state Assembly, New York will impose a civil penalty of $1,000 on people who perform onychectomies, partial or complete phalangectomies, or tendonectomies on cats without a therapeutic purpose.

This article has been updated from a June 7 version to reflect the governor's signature on the bill and its official passage into law.

New York has become the first state in the U.S. to ban feline declaws after Gov. Andrew Cuomo signed legislation prohibiting the practice on July 22.

"Declawing is a cruel and painful procedure that can create physical and behavioral problems for helpless animals, and today it stops," Gov. Cuomo says in a statement on the New York State Governor's Office website. "By banning this archaic practice, we will ensure that animals are no longer subjected to these inhumane and unnecessary procedures."

The bill (A1303B and S5532B), first sponsored by New York State Assemblymember Linda Rosenthal (D-Manhattan), creates a civil penalty of $1,000 for anyone who performs “an onychectomy, partial or complete phalangectomy or tendonectomy procedure by any means on a cat within the state of New York, except when necessary for a therapeutic purpose.”

The bill goes on to state that the procedure can only be performed for the cat's medical needs: “Therapeutic purpose means the necessity to address the physical medical condition of the cat, such as an existing or recurring illness, infection, disease, injury or abnormal condition in the claw that compromises the cat's health. Therapeutic purpose does not include cosmetic or aesthetic reasons or reasons of convenience in keeping or handling the cat.”

Where does the veterinary community stand on feline declaws?

As of 2014, the AVMA says, “Onychectomy is an amputation and should be regarded as a major surgery. The decision to declaw a cat should be made by the owners in consultation with their veterinarian. Declawing of domestic cats should be considered only after attempts have been made to prevent the cat from using its claws destructively or when its clawing presents an above normal health risk for its owner(s).” The official policy is here.

As of a 2017 statement, the American Association of Feline Practitioners (AAFP) “strongly opposes” declawing as an elective procedure.

As of a 2017 statement, the Canadian Veterinary Medical Association “views this surgery as unacceptable as it offers no advantage to the feline and lack of scientific evidence leaves us unable to predict the likelihood of long-term behavioral and physical negative side effects.”

The state's veterinary association-the New York State Veterinary Medical Society-opposed the bill stating that the declaw decision should be in the hands of veterinarians: “[We] strongly encourage client education prior to consideration of declawing and believe the decision to declaw or not declaw a pet should be made by the pet owner in consultation with his or her veterinarian.”

Other groups and governments have banned feline declaws, including many European countries, most of Canada's provinces (and VCA of Canada) and a handful of cities across the United States (including Denver, Los Angeles and San Francisco).

Rosenthal had introduced a bill in 2015 to ban declaws, but it died in committee in 2016. Other declaw bans have been introduced in state legislatures in the past few years, including California, Hawaii, Rhode Island and New Jersey, but none have passed. 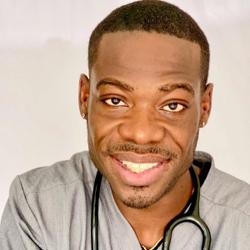