Mind Over Miller: Don't call me a technophobe

Not only do I not understand electronic devices, but they become inoperative if I approach them within arm's reach.

I'm really writing this column for my wife, my children, and my closest friends. You see, they all know me as a technophobe. It's true in some ways. Not only do I not understand electronic devices, but they become inoperative if I approach them within arm's reach. I am computer illiterate. Even the TV remote baffles me.

When the little town of Thousand Oaks started to grow, half a century ago, I did radiography for the first three MDs who located here. They didn't have an X-ray machine; I did. What's more, I had it calibrated by a radiation physicist so I could do superficial radiation therapy.

I was doing surgery with a hyfrecator (electronic fulguration) in 1960.

By 1961, I owned an ultrasound therapy machine and used it effectively, especially on horses' tendons and dachshunds' backs.

In the early '60s, we had an NCG resuscitator in our operating room, and we were using inhalation anesthesia when most of our local colleagues were still using barbiturates for small-animal anesthesia.

Pharmaceutically, I was way ahead of the pack. I tranquilized the first animal in California, using promazine on a horse. I did clinical trials for many drug companies and was using succinylcholine for immobilizing patients in 1956. Long before they were on the market, I was using many now-popular tranquilizers, corticosteroids, exotic species immobilizing drugs, and anti-inflammatory preparations such as DMSO. I loved testing new drugs. Even in my late practice years, I was still doing clinical trials with such drugs as xylazine and detomidine hydrochloride, now widely used in veterinary medicine.

I published the first case reports of bronchial asthma in domestic cats, chronic ulcerative colitis in boxers, and anthrax in cougars and was the first to prescribe an effective treatment for secondary nutritional hyperparathyroidism, which used to be a major problem in zoo animals before modern zoo diets were available.

I used a tape recorder to record my case records as soon as it was invented.

So I'm not a technophobe. I don't fear technology. I just hate it. I used it because it facilitated my practice and helped my patients.

I prefer horses to cars. I'd rather paddle a canoe than operate a motorboat. I love to ski, but the ski lift baffles me.

I prefer an axe to a chainsaw, a brace and bit to a power drill, an egg beater to an electric mixer, a pocket knife to an automatic pencil sharpener, a map to GPS.

I even prefer to open the car window to using the air conditioner.

I understand the endocrine system. I understand chemistry. But I don't understand the nervous system, which transmits signals electrically. Don't try to explain it. My brain doesn't recognize electricity.

I don't want to give the impression that I am pathologically opposed to technology. For example, I love digital watches. You don't have to wind them. But, deep down, I think I'd really like a sundial.

Robert M. Miller, DVM, is an author and a cartoonist, speaker, and Veterinary Medicine Practitioner Advisory Board member from Thousand Oaks, Calif. His thoughts in "Mind Over Miller" are drawn from 32 years as a mixed-animal practitioner. Visit his website at robertmmiller.com. 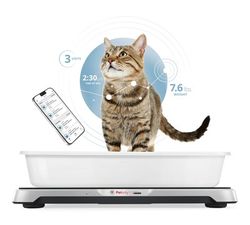