Internships: A tax on new veterinarians?

Data suggest that new graduates should steer clear of internships that don't offer a clear path to advancement.

In the last decade and a half, the veterinary profession has seen some interesting trends in employment patterns, especially in the popularity of internships versus full-time employment.

This trend of shifting from full-time employment to internships seemed unremarkable at the time because year-to-year comparisons identified only marginal changes. Plus, the increasing percentage of students choosing internships was thought to be related to students' increased desire to be board-certified in a specialty. However, the American Veterinary Medical Association (AVMA) Veterinary Economics Division has uncovered a number of findings that cast a new light on these internships.

2. Internships are associated with unemployment. We discovered that veterinarians who participated in internships were statistically more likely to be unemployed than those who didn't.

3. Certain schools send more students into internships. There is a significant difference among veterinary colleges in the percentage of their graduating seniors who select internships over full-time employment (see Table 2).

The facts are self-evident:

> Selecting an internship has been found to be is associated with a higher probability of unemployment.

> The percentage of students who select the internship option differs significantly among veterinary colleges.

> The opportunity cost of selecting an internship is greater than $40,000 per year in a profession where the mean debt-to-income ratio of 2.05-to-1 would suggest that this opportunity cost may be financially crippling for some students.

Whether taken separately or together, these facts seem to suggest that veterinary internships should be more closely examined.

Don't get me wrong-this article isn't meant to be an indictment of all internships. Instead, it's an expression of concern about what appears to be the substitution of internships for full-time private practice employment and the transfer of income from those who can least afford it (new veterinarians) to those who may least need it (practice owners).

More importantly, if the value of an internship is the mentoring the new veterinarian receives, why does it cost $40,000? Isn't mentoring (on-the-job training) a professional obligation? For this expensive mentoring to be worth it, those who complete an internship should expect to gain at least $40,000 in increased lifetime earnings when compared to those who do not, with all other things being equal.

Based on the available data, new veterinarians should steer clear of internships for now unless there's clear evidence that the selection of a specific internship provides a clear path to advancement. The best employment opportunity for new veterinarians will be with an employer who's willing to provide quality mentoring while at the same time investing in the future of the profession and paying a fair wage. Perhaps it's time for graduates to vote with their feet against this enormous tax on entering the profession.

Dr. Mike Dicks, director of the AVMA Veterinary Economics Division, holds a doctorate in agricultural economics from the University of Missouri. He has worked in Africa on water delivery and energy production technologies and served with the USDA's Economic Research Service. 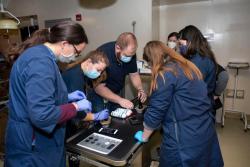 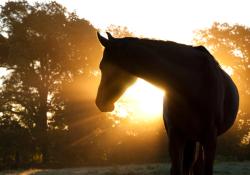