How rude! What bullying can do to a workplace

Bullying isnt limited to the playground. When it comes to your veterinary workplace, it can affect everything from morale to your bottom line.

Bullying isn't limited to the playground. When it comes to your veterinary workplace, it can affect everything from morale to your bottom line.

In March 2018, I wrote a column in dvm360 titled “When did everybody get so rude?” It examined incivility and aggression in society and how these kinds of interactions impact us daily. One of the places rudeness appears most often is the workplace, affecting customers, employees and management. Recently I was in a restaurant where a couple of waitresses were engaging in a rude conversation within earshot of customers. My dinner was not ruined, but it was certainly made unpleasant by them. I left a good meal in a nice restaurant feeling full but having paid for a bad experience. I believe that left unchecked, bad behaviors get worse, and incivility is no exception.

Where does incivility lead?

As you can imagine, incivility can be costly to your business. For example, I will think twice before returning to that restaurant. Incivility also has negative effects on morale and productivity and can even increase employee turnover. While the cost of civility is minimal-a smile, recognizing someone by name, a morning greeting-incivility reduces participation and commitment, resulting in inappropriate emotional responses and dysfunctional and aggressive thinking.

Continual incivility can progress to workplace bullying. This behavior doesn't have to be physical or even that overt-it involves interpersonal hostility, persistent verbal and nonverbal aggression, personal attacks and social ostracism. It is deliberate, repeated and directed at another individual. It is an effort to control another employee and often impacts the entire organization.

How common is workplace bullying?

According to Forbes Magazine, a survey conducted by Judy Blamdo of the University of Phoenix indicates that almost 75 percent of employees have been subjected to or have witnessed workplace bullying. Gary Namie also reported in “Workplace bullying: Escalated incivility” in the Ivey Business Journal that as many as one in six workers have experienced bullying, but targeted persons rarely raise the issue because of embarrassment. Perhaps because the bully is often in a superior position, frequently nothing is done even when the issue is raised.

Why should employers care about bullying?

Here's why veterinary practice owners and managers need to be concerned about bullying in their practices:

How do you prevent bullying in your practice?

The answer is to control incivility in your practice before it progresses to bullying. In her 2016 book Mastering Civility: A Manifesto for the Workplace, Christine Porat presents some surprising statistics about the impact of incivility. Workers who are treated with incivility are more likely to reduce their work effort, spend less time at work, experience a decline in performance and even intentionally reduce the quality of their work. They are also more likely to express decreased commitment to the organization, take their frustration out on customers and seek other employment. (Though not before incubating and transmitting their negative attitude.)

Remember, nature does not tolerate a vacuum and turnover can result in new villains. It can allow behavior to spread to a previously great employee. Confronting workplace bullying is the only way to minimize destructive behaviors.

Dr. Michael Paul is the former executive director of the Companion Animal Parasite Council and a former president of the American Animal Hospital Association. He is currently the principal of MAGPIE Veterinary Consulting. He is retired from practice and lives in Anguilla, British West Indies. 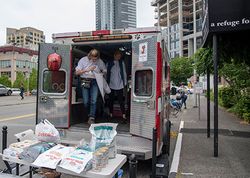 Seattle Veterinary Outreach helps pets on the streetsand their owners, too 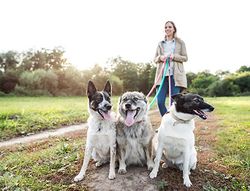 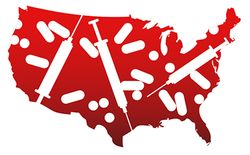 Opioids and the veterinary team