Fun with feline flu: Can cats get influenza?

The short answer is yes, and the long answer is sort of and it depends. But what does that mean for your veterinary practice?

While influenza has been around since the 1500s,1 the virus caught the public's attention in a whole new way recently when the pandemic of 2009 emerged (H1N1, anyone?). Prior to “swine '09,” bird flu was the big fear, giving us all a legitimate reason to look askance at seagulls and grackles, but interest seemed to fizzle after several years.

Avian influenza is certainly still a threat, as we saw with the 2014-2015 highly pathogenic avian influenza (HPAI) outbreak that spread from the Pacific Northwest all the way to Iowa-still the largest foreign animal disease outbreak in the history of the United States. Moreover, a handful of people still die every year of avian influenza infections in Asia.2

And up until 2004, a coughing dog only meant an annoying bout with kennel cough was likely. These days that cough could be a sign of anything from Bordetella to influenza to the catchall canine infectious respiratory disease complex.

But what about cats? Can they get influenza? The short answer is “yes.”3,4 The long answer is “sort of” and “it depends.”

While there isn't a specific “feline influenza” adapted for maintenance in feline populations, influenza in cats has been documented.3,4 For example, some domestic cats and their more glamorous cousins (i.e. cheetahs) were confirmed infected with the H1N1 strain in 2009.5

The cheetahs were thought to have been infected by an animal park staff member who had flulike symptoms for a couple of days before going home sick. This person had come into contact with the cheetahs' food and environment but had not had direct contact with the cats themselves. Soon after, the cheetahs began exhibiting mild respiratory signs, including nasal and ocular discharge and lethargy-your basic influenza-like signs.

The infected domestic cats had also come into contact with infected humans and displayed similar nonspecific respiratory signs. While all four of the infected big cats survived, a handful of the domestic cats died. It does bear mentioning here that ferrets were also confirmed to be infected by the 2009 H1N1 strain during the outbreak.6 Ferrets are feline-adjacent, aren't they?

Influenza in domestic animal species was monitored much more closely after the 2009 H1N1 pandemic. As canine influenza continued to spread across the United States, many owners began opting for vaccination to prevent illness in their dogs. And yet, despite being experimentally infected with the canine H3N8,7 cats were still not really addressed in either public messaging or by veterinarians at large.

Then a second novel canine influenza strain that had been circulating in Asia was identified in the United States: canine H3N2. The strain is more virulent in dogs and more easily transmitted among them than the original canine influenza, H3N8. Vaccines were quickly developed and implemented in areas experiencing outbreaks. But again, cats weren't really a part of the conversation.

Most cat owners embrace the myth that cats don't get sick and that they don't need veterinary care in general. After all, isn't that why we love cats? They're independent? Perhaps that's partly why cats have stayed out of the flu limelight for so long.

Cat owners are also often hesitant to bring in their cats when they fear the experience will be unpleasant. If you want to make your clinic more inviting, here are some places to start:

Once cat-to-cat transmission of H3N2 was confirmed, however (albeit in a shelter environment), people started to wonder about cats and influenza more vocally.8 Then, a veterinarian working in a shelter (again, read: unnatural population density) in the Northeast was infected with an avian influenza virus, H7N2, and it turned out the cats in the shelter were the source. Not only were the cats able to transmit the flu to the humans, cat-to-cat transmission was also confirmed. This was a whole new ballgame.

While the “H” and the “N” may vary, the fundamental concept that cats are susceptible to influenza and that transmission between cats and other animals (including people) is possible remains constant. There is one vaccine currently labeled for use in cats to prevent them from becoming infected with canine H3N2.9 Another vaccine has recently been shown to be efficacious against H3N2 in cats, though it's not labeled for use in the species. As the development of cross-protective immunity among similar strains of influenza is possible,10 the vaccine may be able to mitigate illness derived from other influenza strains.

It's important to note that vaccination recommendations should be made using a risk-based assessment rather than relying on blanket statements (e.g. “All cats should be vaccinated”). Understanding the mechanisms of transmission of infectious diseases combined with a patient's and owner's lifestyle are key to an accurate recommendation.

Time to fret about feline flu?

Do veterinarians need to practice saying “feline flu” five times fast without spitting? In my opinion, not yet. As far as we know, felids don't yet have an influenza that is endemic or maintained among cats. However, given how adaptable influenza is and how mobile humans continue to be, it seems inevitable that a feline influenza strain will appear in the future. That said, if I could predict the future, I would currently be in Las Vegas diversifying my income.

Bottom line, I implore all practitioners to talk to their clients about the real threat of influenza to people and their animals and to make appropriate risk assessments based on what we know-namely, that influenza is easily transmitted, that it sheds prior to the onset of clinical signs and that it can be prevented or the course of disease mitigated through vaccination.

Dr. Jenifer Chatfield is staff veterinarian at 4J Conservation Center in Pasco, Florida, an instructor for federal disaster management courses and a regional commander for the National Disaster Medicine System Team. She has also chaired the Florida Veterinary Medical Association's One Health Committee and co-chaired its Disaster Response Committee. 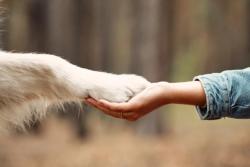 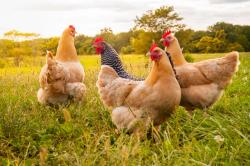