Acute and chronic upper respiratory tract disease caused by feline herpesvirus (FHV) and feline calicivirus (FCV) is well known to practitioners. Clinical signs common to both FHV and FCV include nasal discharge, sneezing, conjunctivitis, depression, anorexia, fever, and hypersalivation. Damage to respiratory tract epithelium and the nasal turbinates may lead to chronic rhinitis/sinusitis. FHV is more often associated with corneal ulceration and FCV with oral ulceration. However, it is virtually impossible to distinguish the pathogens on clinical signs alone, and mixed infections are not uncommon. Some novel clinical syndromes have been associated with these pathogens in recent years, and will be the focus of this lecture.

Feline calicivirus belongs to the Vesivirus genus of the Caliciviridae family, a large family that also includes rabbit hemorrhagic virus, and norovirus ("Norwalk virus", a major cause of gastroenteritis in humans). These are small, non-enveloped, RNA viruses.

FCV isolates are numerous and belong to a single serotype, but there is considerable genetic variation among strains. RNA viruses have a plastic genome due to their error-prone replication. This allows them to exploit new niches, as they are highly adaptable. Consequences of this adaptability include the emergence of novel virulent strains, and the dilemma of which representative strains should be chosen for the production of vaccines. Only some of the currently known isolates are related closely enough to vaccine strains to be neutralized by vaccine-induced antibodies.

FCV is shed in secretions from the oropharynx, conjunctiva and nose. Transmission is most efficient by direct cat-to-cat contact and via fomites. Aerosol transmission is less important, as sneezed macrodroplets do not travel far (less than 4 feet). A major source of infection is asymptomatic carrier cats that shed virus continuously. FCV shedding is not influenced by stress. There is a high prevalence of FCV in healthy cats (up to 24%, depending on the assay). Carrier cats may shed for months to years (even life-long), although one study showed that 50% of infected cats ceased shedding within 75 days. Re-infection after recovery is possible.

FCV is relatively resistant in the environment, with persistence reported up to 4 weeks. Effective disinfectants include 5% bleach (diluted 1:32), peroxygen compounds (Trifectant™, Vetoquinol; Virkon® S, Antec) and glutaraldehydes. Quaternary ammonium products are not effective against FCV. Thorough hand washing is important for infection control. Hand sanitizing products are not equally effective; products containing 1-propanol and 70% ethanol appear to be the best.

Although primarily considered an upper respiratory tract pathogen, FCV has been associated with a wide range of clinical presentations, including:

Virulent systemic feline calicivirus (VS-FCV; also called hemorrhagic feline calicivirus) was first reported in 1998. These viral strains cause isolated, rare outbreaks of severe systemic disease with up to 60% or higher mortality, although some infected cats may have mild clinical signs or no signs at all. It has been reported almost exclusively in group-housed cats, especially cats originating from shelters or rescue groups. Outbreaks in veterinary clinics have been recorded following the introduction of a sick cat into the facility. General spread to pets in the surrounding communities has not been reported, possibly because the strains are so pathogenic that they burn out quickly or the virus loses virulence over time. Some veterinary clinic workers have carried the disease to their cats at home, however.

Less than 10 outbreaks have been recorded (all in the U.S., except for one outbreak in the U.K.), and in each case, the virulent strain seems to have appeared spontaneously, by mutation from caliciviruses already present in the group. Each isolate has been genetically unique. VS-FCV starts as an outbreak of severe upper respiratory tract disease, but progresses to cause both cutaneous and systemic complications. Clinical signs include fever, edema (especially of the face, ears, limbs), rhinitis, oral and dermal ulceration, pneumonia, pleural/abdominal/pericardial effusion, hepatitis, pancreatitis, and sudden death. The incubation period is typically 1-5 days. Older cats and cats previously vaccinated against calicivirus are often most severely affected, suggesting an immune-mediated component. VS-FCV is spread in the same manner as other calicivirus isolates, so strict quarantine of suspected cases and scrupulous disinfection procedures must be instituted to prevent spread of disease. Veterinary clinics should be closed to new feline patients until the outbreak is under control. Recovered cats will shed virus for weeks to months, although they may not be contagious to in-contact cats. Traditional FCV vaccines do not protect against VS-FCV.

Feline herpesvirus-1 belongs to the Varicellovirus genus of the Herpesviridae family and is an alphaherpesvirus. The herpesvirus family is a large and diverse group of enveloped DNA viruses that infect humans and animals. They are noted for their ability to produce latent infections, particularly in neural cells. The most common disease caused by FHV is feline viral rhinotracheitis (FVR), a recurrent, endemic, worldwide disease.

FHV isolates worldwide belong to a single serotype. Isolates have recently been divided into four groups based on genetic analysis, although the relationship between the classifications and variations in virulence is unknown. As an enveloped virus, FHV is very fragile in the environment, surviving only about 18 hours under moist conditions. It is also highly susceptible to most common disinfectants.

FHV is shed in secretions from the oropharynx, conjunctiva and nose. As for FCV, transmission is mainly from direct contact and via fomites. There is a high prevalence of FHV in healthy cats (up to 31%, depending on the assay). From 80-100% of cats infected with FHV develop life-long, latent infections. In latency, the virus persists in a nonreplicating state in various tissues, such as the trigeminal ganglion, optic nerves, cornea, tonsils, etc. Reactivation of shedding commonly occurs after a stressor (e.g., crowding, travel, antagonistic social interactions, pregnancy and parturition) or corticosteroid administration, with or without concurrent clinical signs. FHV shedding starts 4-11 days after the stressor, and lasts up to 2 weeks. About 50% of latently infected cats will experience recrudescence.

FHV is commonly associated with corneal ulceration and keratitis. Dendritic ulcers are generally considered pathognomonic for FHV infection. FHV has also been associated with other ocular diseases, including anterior uveitis, corneal sequestration, and eosinophilic keratitis. Severe pharyngitis may be seen as the only clinical sign in some cats infected with FHV.

As for FCV, treatment is primarily supportive and symptomatic. However, a few specific antiviral drugs, both topical and oral, have been used in treatment of FHV. Nucleoside analogs selectively inhibit replication of herpesviruses by interfering with DNA synthesis. Topical antivirals include trifluridine and idoxuridine. Other topical antivirals, such as 0.5% cidofovir solution and ganciclovir (Maggs and Clarke 2004; Fontenelle, Powell et al. 2008), are promising and are under investigation. Oral antiviral drugs are often associated with unacceptable adverse effects in cats. Famciclovir, the prodrug for penciclovir, has been recommended for patients with severe clinical signs (31.25 mg, BID, PO, 7-10 days). Some data on pharmacokinetics has been published, but information on safety and efficacy are only anecdotal.

Lysine is an amino acid that antagonizes the availability of arginine, an essential amino acid for viral protein synthesis. Oral administration of large doses of lysine to cats appears to be safe and can reduce the severity of conjunctivitis in primary FHV infections as well as reduce ocular viral shedding. The currently recommended dose is 250 mg BID for kittens and 500 mg BID for adults.

Lactoferrin is an iron-binding protein found in milk and in neutrophil granules with antimicrobial and immunomodulating effects. Bovine lactoferrin has been shown to inhibit FHV replication in vitro by preventing viral adsorption to the cell surface. Clinical trials of topical lactoferrin for FHV keratitis have not been reported.

Interferons have diverse immunological and antiviral functions. Human recombinant interferon-alpha has been shown to be effective against FHV in cell culture and has been associated with reduced clinical disease (but not FHV shedding) when used at low daily oral doses. Investigation into stability of diluted interferon solutions and the best dispensing methods is needed. In Europe and other parts of the world, recombinant feline interferon (Virbagen Omega®, Virbac) is available and has been associated with claims of efficacy against several feline infectious diseases, including FHV. Controlled trials are needed to determine the efficacy of interferons in cats with recrudescent infections.

Ulcerative and crusting facial and nasal dermatitis associated with FHV has been called an emerging dermatosis in the cat but case reports in the literature date to the 1970s. FHV has also been implicated as a cause of facial ulcers in cheetahs. Persistent lesions, often resembling eosinophilic granulomas or allergic dermatitis, are most typically found on the nose, but also on haired areas of the face. Other skin diseases that may be confused with FHV ulcerative dermatitis include bacterial dermatitis and dermatophytosis.

Patients with this manifestation of FHV infection may have immunosuppression from administration of corticosteroids, stressors such as overcrowding, or concurrent diseases such as retrovirus infection. Affected cats may have a history of upper respiratory tract disease. Histopathology reveals a marked ulcerative eosinophilic infiltrate. Intranuclear viral inclusion bodies in the epithelium may be overlooked by pathologists. Immunohistochemical staining or PCR performed on biopsy specimens should confirm the presence of FHV.

Diagnostic Testing for FCV and FHV

The most reliable assay is virus isolation using oropharyngeal (also nasal and conjunctival) swabs. Careful sampling and handling of swabs is necessary, particularly for FHV as it is more fragile. Proper transport media and submission procedures should be followed as recommended by the diagnostic laboratory. Fluorescent antibody testing of cytology slides can be associated with false-positive results due to nonspecific background fluorescence and application of fluorescein to the eye before sampling. Serology is not recommended for diagnosis of FHV or FCV as titers induced by vaccination confound interpretation.

PCR technology is rapid, sensitive and becoming widely available. However, test sensitivity varies greatly from lab to lab, depending on the specific technique employed as well as other factors. It has been difficult to develop reliable PCR assays for FCV due to its genetic variation and the susceptibility of viral RNA to degradation. PCR may be particularly useful for detection of FHV in vaccinated cats, or during recrudescence of clinical signs. False positive results can be obtained with PCR if samples are contaminated during collection or during analysis.

Interpretation of test results should always be made in the context of the patient, for both FCV and FHV can be isolated from many cats without clinical signs. Negative test results can be obtained in truly infected cats for a variety of reasons.

For confirmation of VS-FCV infection, contact Dr. Janet Foley at the University of California, Davis (jefoley@ucdavis.edu or 530-754-7355) for instructions on sample submission.

Vaccination of cats against FCV and FHV

It is important to understand that vaccination cannot prevent infection or the carrier state for FCV and FHV. Vaccination can, however, reduce the severity of disease and shorten the duration of shedding. The best protection may be from modified live virus vaccines. Intranasal vaccines provide rapid immunity, even in the face of maternal antibodies, and can be useful for control of outbreaks in multi-cat environments such as shelters and catteries.

Currently available FCV vaccines do not provide broad cross protection against field isolates. Several authorities have proposed incorporating more field strains into vaccines. Recently, a vaccine specifically formulated against VS-FCV has been introduced (CaliciVax™, Fort Dodge Animal Health). Practitioners should carefully evaluate which patients are actually at risk of VS-FCV before administering the vaccine, especially since it is an adjuvanted product. The risk of vaccine-associated sarcoma may be higher than the risk of VS-FCV for most cats. 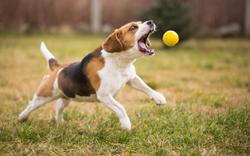 This week on dvm360: Our Fetch dvm360 San Diego conference comes to a close, plus more veterinary news