A team of researchers has found that declawing domestic cats can lead to some unexpected adverse outcomes.

A retrospective study published in the Journal of Feline Medicine and Surgery reported that declawed cats have an increased risk for back pain and behavioral problems after declaw surgery. Such results, the authors wrote, should prompt further questioning of the practice of declawing in the United States.

Onychectomy is indicated not only to eliminate destructive behaviors but also to treat medical issues like nail bed cancer. Many professional veterinary organizations, such as the American Association of Feline Practitioners and the American Veterinary Medical Association, recommend onychectomy only after behavioral modification is unsuccessful.

Several studies have reported postoperative morbidities associated with onychectomy, including lameness, nail regrowth, and chewing at the digits. To date, though, onychectomy’s long-term consequences remain unknown.

The authors evaluated 274 cats (137 each, declawed and nondeclawed); 176 were client-owned cats, and 98 lived in animal shelters. All cats received a physical examination during which they were assessed for back pain and barbering. The cats’ medical histories of the past 2 years were reviewed for surgical declaw technique and documented adverse behaviors (biting, aggression, and periuria/perichezia).

Declawed limbs were radiographed, and the radiographs were evaluated for residual fragments of the third phalanx (P3), bone remodeling of the second phalanx (P2), and interdigital osteoarthritis. Declawed digits were categorized according to percentage of residual P3.

Unexpectedly, the odds of back pain and barbering were significantly higher in shelter cats than client-owned cats, independent of declaw status; the authors suspected this may have been due to more frequent observations and reporting by shelter staff.

In addition, compared with nondeclawed cats, declawed cats with no residual P3 had significantly higher odds of biting and periuria/perichezia. This indicates that, even with optimal surgical technique, declawed cats still have an increased risk for behavioral problems.

When comparing the impact of residual P3 in only the declawed cats, the authors observed that the odds of back pain, periuria/perichezia, and aggression were significantly higher in cats with residual P3 than without residual P3. The authors noted that this was the first reported observation of an association between residual P3 and back pain in declawed cats.

The authors concluded that, despite the potential biases of observational and retrospective studies, the “substantial and statistically significant” odds ratios in the present study provide clear evidence of an association between declawing and adverse medical and behavioral outcomes in cats.

The relationship between fear and pain

Taking the multimodal approach to osteoarthritis 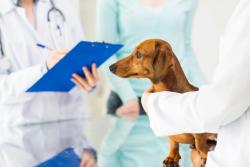