Still wondering if CBD oil lives up to the hype, or if youll go to jail for recommending it? New research from Cornell backs the claims, and the federal government seems to be loosening the noose on veterinary recommendations.

Photo: Shutterstock.comA new pharmacokinetic and clinical study recently completed at Cornell suggests that 2 mg/kg of cannabidiol (CBD) oil twice daily can help increase comfort and activity in dogs with osteoarthritis. The abstract was submitted to the 2017 American College of Veterinary Surgeons Summit in Indianapolis and is pending peer review.

The study was headed by Joe Wakshlag, DVM, PhD, DACVN, DACVSMR, associate professor and section chief of nutrition at Cornell. The objectives were to determine the basic oral pharmacokinetics, determine safety and assess efficacy of CBD oil in managing pain in dogs with osteoarthritis, according to the abstract.

The team pharmacokinetically tested two different doses of CBD oil-2 mg/kg and 8 mg/kg-which was provided by ElleVet, the abstract states. They determined the elimination half-life to be 4.2 hours at both doses. No negative side effects were noted at either dosage; however, serum chemistry did show that alkaline phosphatase activity increased (p = 0.005).

Investigators tested CBD oil's pain management properties using a randomized, placebo-controlled, double-blind crossover study. Dogs received either CBD oil at 2 mg/kg every 12 hours or they received placebo oil, according to the abstract. Dogs were treated for four weeks with a two-week washout period. The dogs' owners completed questionnaires and veterinarians conducted assessments-including physical exam, hematology and serum chemistry-before treatment and at weeks two and four. The Canine Brief Pain Inventory score and Hudson activity score (a visual analogue scale questionnaire used to assess pain and lameness in dogs) determine response to treatment. All variables were analyzed by a mixed model of variance. A p value of < 0.05 was determined significant.

According to Dr. Wakshlag, in addition to this study, his team is completing a pharmacokinetic and safety study in cats, and there are plans for additional studies on the efficacy of CBD oil in acute pain management, behavior management, feline pain and concurrent usage with chemotherapy in oncology patients-so stay tuned.

OK ... so the science is starting to support the benefits of CBD oil usage in pets, but what does the law say? First of all, hemp plants contain less than 0.3 percent tetrahydrocannabinol (THC), the psychoactive chemical found in cannabis. In 2014, President Obama signed the Agricultural Act of 2014 (the Farm Bill), which allowed for the study and cultivation of industrial hemp for limited purposes. This led to the Industrial Hemp Farming Act of 2015, which allowed American farmers to produce and cultivate industrial hemp more widely. This legislation removed hemp from the controlled substances list as long as the hemp grown contained no more than 0.3 percent THC.

Even Attorney General Jeff Sessions isn't interested in prosecuting veterinary professionals from using or recommending hemp products. “I am not going to tell Colorado or California or someone else that possession of marijuana is legal under United States law,” Sessions said in a recent Q&A session at Georgetown University Law Center. “But federal prosecutors haven't been working small marijuana cases before; they are not going to be working them now.”

Neither was I, so I asked my own lawyer to do some research for me on CBD oil use in pets. Everything he found supported the premise that CBD oil being manufactured and distributed for veterinary use is not considered illegal either federally or on the state level. (If you're interested in reading the memo, click here.) Just remember, each state has its own rules, you are responsible for maintaining your license in good standing, and this memo is not a substitute for you doing your own research. 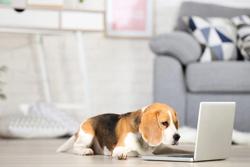 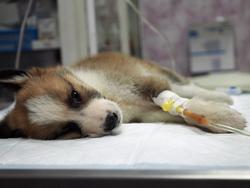