dvm360®’s Australian correspondent provides updates on the zoo chimpanzees who were diagnosed with human respiratory syncytial virus, Australia on notice after a dismal environmental report card, and the threat of foot-and-mouth disease on the horizon.

In the state of South Australia, a troop of chimpanzees at Monarto Safari Park were diagnosed with human respiratory syncytial virus (hRSV) in July 2022. Over the course of a week, all 12 chimpanzees, ranging from 2 to 43 years of age, were showing upper respiratory signs, varying from mild to severe. The chimpanzee exhibit at Monarto Safari Park was closed to the public, and staff wore full personal protective equipment to care for the primates while the animals were in quarantine.

“Swabs were taken from a subset of the group and ran against a panel of common human respiratory viruses, [such as] COVID-19, hRSV, influenza A and B, with positive [polymerase chain reaction] results gained to hRSV. The clinical course followed a similar pattern to what would be expected in humans, and all animals have since shown a gradual improvement with the supportive care offered of pain relief, nonsteroidal medications, and promoting fluid intake,” Ian Smith, senior veterinarian at Zoos SA, told dvm360®. The chimpanzees have since recovered and their exhibit has been reopened to the public.

Australia’s State of the Environment Report

Written by independent experts and combining scientific, traditional, and local knowledge, Australia’s State of the Environment 2021 Report has recently been released by the Australian Government. The report is a comprehensive assessment of the health of every aspect of Australia’s environment, and the latest edition provides a decidedly gloomy assessment.

Tim Allard is the CEO of the Australian Wildlife Conservancy, a national nonprofit conservation organization that manages a large network of sanctuaries and land partnership sites across the country. “The Australian State of the Environment Report 2021 paints a bleak picture of decline in Australia’s native animals and ecosystems, emphasizing the lack of coordination and investment in environmental management,” Allard said in a statement. “Key threats, including habitat loss, invasive species, resource extraction, climate change, and pollution, have increased in intensity over the past 5 years, putting intense pressures on our natural environment. The urgent work of protecting, restoring, and managing Australia’s environment requires all of us to work together—governments, First Nations people, pastoralists, private conservation groups, and everyday citizens.”

Veterinarian Michael Banyard, a spokesperson for the Australian Veterinary Conservation Biology special interest group of the Australian Veterinary Association, highlighted that the report reminds us that biodiversity is essential to human survival, well-being, and economic prosperity. “The potentially positive outcome for this report comes with its detail and timing. The incoming government can and should use this report to draw a line under a system in crisis and now systematically implement meaningful change. As with climate change, business as usual can only threaten more ecosystems and, in the end, planetary well-being and sustainability,” Banyard said.

Australia is on high alert to prevent an incursion of foot-and-mouth disease (FMD), with an outbreak of the disease unfolding in nearby Indonesia. Australia is free of the disease, which affects cloven-hoofed animals, such as cattle and sheep, and it has been estimated that a large multistate FMD outbreak would have a direct economic impact over 10 years of approximately AUD$80 billion.

Australian Chief Veterinary Officer Mark Schipp has asked veterinarians to be vigilant and to report any unusual signs of disease seen in livestock to Australia’s Emergency Animal Disease Watch Hotline (1-800-675-888). “My message to Australian veterinarians is that we [must] be vigilant. No one wants to be the veterinarian [who] ruled out an exotic disease too early,” Schipp told dvm360®. “We can amplify awareness of emergency animal diseases by working with producers and drawing [from] the excellent resources available, such as the Emergency Animal Diseases field guide for veterinarians and website. At the moment, there is a real appetite amongst Australian livestock producers for factual information, [so] make the most of this opportunity!”

Stringent biosecurity screening is in place for travellers arriving to Australia from Indonesia, with checks on incoming mail and trade products. The latest information about FMD is available on the Department of Agriculture, Fisheries and Forestry website. 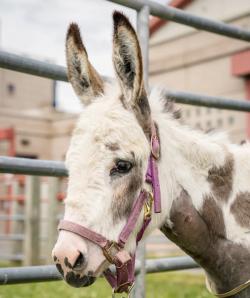 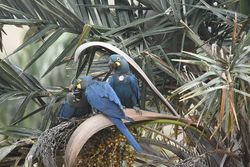