We went to Holbox Island, near Cancun, Mexico, to swim with whale sharks—an awesome experience—and returned reminded of how complex the human- animal bond can be. Holbox is a Fantasy Island for dogs. They are everywhere on the small island, and although cats aren’t nearly as abundant, they are here too.

Many of the roaming dogs on Holbox seem to have owners. Many of the dogs wear collars and, based on conversations with locals, are mostly vaccinated for rabies. And when I say that dogs are everywhere, I do mean everywhere, from playing on the beach and frolicking in the ocean, to walking up and down streets, and wandering into stores and open-air restaurants. Roaming dogs are a part of the culture, and no one seems to mind. We were told that has been the case for decades, though no one we asked could target the canine-loving origins. Simply put, if you don’t like dogs, Holbox is not for you.

When thinking about the human-animal bond, my mind goes to a survey by the American Pet Products Association. Companionship, love, and affection were the primary benefits of having dogs, according to 61% of owners who responded.1 In Holbox, owners often don’t know where their dogs are on the island—they merely have a general idea. Yet these dogs have names, and mostly they return to their human’s home at some point each evening, although they may not share their beds.

The dogs in Holbox are often dirty by American clients’ standards. During the rainy season and away from the beaches, mud is difficult to avoid. We even saw a few dogs with raincoats and a few wearing life preservers for when they take a dip in the ocean. And when we watched owners interacting with their dogs, we saw expressions of love that require no translation.

Some dogs in Holbox are leashed, but most are not. Although some of these leashless dogs freely amble where their noses take them, others stay within a few feet of their owner. Holbox is a great place to document natural dog behaviors, particularly appeasement signaling. The dogs are often well-socialized and nearly always avoid conflict with other dogs. There are no cars on the island but there are trucks, slower-moving golf carts, and all-terrain vehicles. Residents say the dogs (or cats) are never hit by the vehicles.

There is at least 1 shelter on the island that enlists tourists to walk dogs, and voluntourism is encouraged. When dogs beg tourists for food, they’ve learned to do so by appearing as cute as possible, sitting, and silently staring with a gentle tail wag. Few people can resist offering a sample.

Downsides to Holbox include a lack of routine veterinary care, which is largely dependent on socioeconomic factors. For example, some dogs receive spay/neuter service but many others do not. The canine diet is questionable, with many dogs appearing to eat whatever they find. I am guessing that obstructions aren’t uncommon. I was told that most owned dogs have their diets supplemented by pet food. Still, I doubt many dogs in Holbox benefit from a complete and balanced diet.

Although dogs far outnumber cats in Holbox, cats are there, too. Most cats live both indoors and outdoors. Of those that are only outdoors, some have names and have diets supplemented with pet food. We met a very round, indoor cat that is as spoiled and loved as the owner suggested.

In just a few days in Holbox, we saw many touching examples of the human-animal bond. What comes to mind is a man who gently and with great patience took his small dog out into the ocean, perhaps for the first time. I later noticed, when looking at the pictures, that I wasn’t the only one watching this scene, which included a dolphin circling the man and dog. Countless times, we saw a handful of tourists from various nations gather in a circle to watch dogs play, clearly bringing as much joy to spectators as to the frolicking dogs.

Dr Jane Goodall once told me, “Dogs are the most wonderful creatures on earth.” Who can argue?

Steve Dale, CABC, writes for veterinary professionals and pet owners, hosts 2 national radio programs, and has appeared on TV shows, including Good Morning America and The Oprah Winfrey Show. He is on the dvm360® Editorial Advisory Board as well as the boards of the Human Animal Bond Association and EveryCat Health Foundation. He appears at conferences around the world. Visit stevedale.tv. 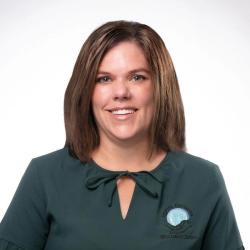 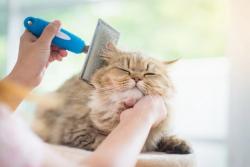