The willingness to work for food has been observed in some captive animal species in zoos and laboratory rodents.

Famously, Tony Buffington, DVM, PhD, MS, DACVN, and many others have demonstrated the need for indoor cats to live in an enriched environment to benefit mental and physical well-being.1 However, what has not been clear is how to appropriately feed domestic indoor cats.

Contrafreeloading— the willingness to work for food or even preferring to work for food when equivalent food is freely available—has been observed in some captive animal species in zoos and laboratory rodents.

Mikel Delgado, PhD, CAAB, CCBC, with the University of California, and colleagues sought to learn more and recently published the paper “Domestic cats (Felis catus) prefer freely available food over food that requires effort” in Animal Cognition.2 Only one previous study has been published about cats and contrafreeloading, dating back to 1971. In that report, 6 laboratory cats all failed to contrafreeload.3

Various captive animal species have been shown to contrafreeload, ranging from maned wolves4 to giraffes5 to grizzly bears.6

“I’ve long recommended food puzzles to clients with positive results,” Delgado says. “In nature, cats hunt so I was certain that tapping into what cats are hardwired to do would be no problem and [that] we’d easily prove the previous study wrong—at least for cats who live in homes. However, science can be funny that way, and yes we were surprised [by the results].”

In all, 17 cats participated in the study, using one consistent food puzzle (Trixie Cat Tunnel Feeder) with a food dish next to it. Overall, cats did little contrafreeloading and instead chose the easy meal from the bowl. Most cats ate some food from both sources; however, the amount of food eaten from the easy meal on the tray was significantly higher than the amount of food eaten from the puzzle. Nearly half the cats consumed less than 10% of food from the puzzle, and two-thirds expressed no interest in the puzzle. Zero cats were considered strong contrafreeloaders.

“Though surprising, our findings were statistically relevant,” says Delgago. “There wasn’t a lot of variability.”

Although the study made a solid case, Liz Bales, VMD, founder of Doc & Phoebe’s Cat Company, says, “In my experiences, cats being cats, the acclimation period in the study [4 to 12 days] of a novel way [with] which to feed wasn’t nearly long enough. So what should that acclimation period be? We don’t know, but I would think months and not days.”

Indeed, Bales does have acclimation experience because she also invented “hunting products” for cats, notably the Indoor Hunting Feeder.

Theresa DePorter DVM, ECAWBM, DACVB, a behavioral medicine specialist at Oakland Veterinary Referral Services in Bloomfield Hills, Michigan, agrees, “Cats being cats may be timid, cautious, or at least circumspect about anything novel. Yes, they may require more acclimation time, particularly since these cats may have had no prior experience with food puzzles. They’re accustomed to feeding one way and are only given days to adjust to a new way.”

DePorter, who has authored feline studies, is aware of practical limitations set by finances and by what cat parents are willing to do in homes. In this case, the study was cut short a bit by the pandemic.

Neither Bales nor DePorter deny that this study was well thought out and important, but both consider it only a start—and Delgado doesn’t disagree.

Bales notes another factor. “The seeking circuit was missing in this study,” she says. “Cats need to go through seeking and finding their prey. The pounce and eat is only a fraction of the process, which was represented by the food puzzle [that] just sits on the ground next to a food bowl and may not be stimulating enough for many cats who naturally are hardwired to seek. Also, there’s no movement involved with this particular food puzzle, and movement is stimulating for cats.”

The authors’ hypothesis that, in general, more active cats would be more into contrafreeloading also was unproven.

“Perhaps it means lives are so enriched of the cats in the study that their drives to use puzzle feeders was reduced,” Delgado says. “Perhaps we could have better acclimated by using treats at first in the feeders. Also, individual cats may have individual preferences to different food puzzles.”

DePorter points out that we have known for a very long time that domestic cats do appear to contrafreed. After all, some well-fed indoor and outdoor cats who clearly do not require a meal still apparently enjoy the chase and catch—and then deliver rodents or birds as live “gifts” to human family members. DePorter, who lives in a rural setting, notes that one of her cats—who happens to be very well fed—catches mice.

Despite the study results, Delgado, who co-owns a website that sells puzzle feeders (foodpuzzlesforcats.com), is in no way suggesting that pet parents diminish use of puzzle feeders. “For starters, do understand most of the cats in our study did eat something from the puzzle feeder. Of course, I’m not a proponent of dumping too much food in a bowl and watching the cat eat it.”

According to Bales, she has witnessed her puzzle feeders contribute “countless times” to solving behavior problems, which in some cases has kept cats in homes.

DePorter will also continue to recommend puzzle feeders to clients. “I absolutely don’t interpret this study as suggesting not to use puzzle feeders—that would be a mistake. We know puzzle feedings are enriching, help to control food intake, provide physical and mental exercise, and may reduce obesity, which is so common among cats. And, of course, obesity leads to a laundry list of issues.” 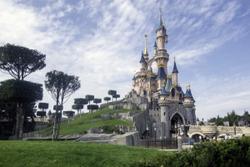 How would Walt Disney run a veterinary practice? 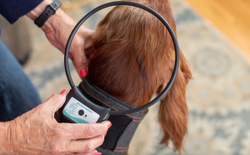 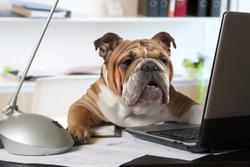