A 9-year-old castrated male Persian cat was referred with a four-month history of non-pruritic crusting and alopecia involving the face and abdomen.

A 9-year-old castrated male Persian cat was referred with a four-month history of non-pruritic crusting and alopecia involving the face and abdomen.

The cat did not respond to previous treatment with repositol methylprednisolone acetate (20 mg), amoxicillin, cefadroxil and enrofloxacin.

Physical examination revealed no abnormalities other than skin disease. Symmetrical, multifocal alopecia with crusting was present on the face, ears, neck, ventrum and distal limbs. The crusted and alopecic lesions on the face were symmetrical, well-demarcated and arranged in a confluent periocular pattern extending to the dorsal aspect of the head and the dorsum of the muzzle. The medial and lateral surfaces of the pinnae were affected mildly. The planum nasale, peri-oral region and oral cavity were spared. The digital paw pads of all feet were moderately crusted.

The cat fulfilled only three criteria established by the ARA for the diagnosis of human SLE (facial dermatitis, thrombo-cytopenia and a positive ANA). Based upon the clinicopathological findings a tentative diagnosis of systemic lupus erythematosus was made.

Prednisone was prescribed at a dosage of 10 mg orally twice daily.

One month after therapy was initiated, the crusting on the face, although still evident, was markedly diminished. In addition, hair was beginning to regrow in previous areas of alopecia. The CBC revealed thrombocytopenia of 75,000. Owing to the presence of persistent thrombocytopenia and only a modest increase in the PCV, chlorambucil therapy was recommended but was refused by the owner. Therefore, prednisone therapy was continued.

Two-hundred and twenty-five days after prednisone therapy was initiated and three months after decreasing the prednisone dosage to 10 mg every other day, the owner stopped administering the prednisone. The cat was returned to the hospital 10 days later when the owner noticed blood oozing from the mouth.

Moderate, multifocal crusting and alopecia were present on previously affected areas and was consistent with a relapse of SLE. In addition, a deep bleeding ulcer, measuring 3x5 mm, was present on the hard palate. Surgical ligation of the palatine artery was required to stop the hemorrhage.

Administration of chlorambucil was again recommended, but the owner declined. Prednisone was re-initiated. Ultimately, clinical remission was maintained again with a dose of 10 mg every other day. The cat has remained clinically normal two years after initial diagnosis receiving the same dosage of prednisone. Adverse effects from corticosteroids have not been evident to date.

Systemic lupus erythematosus was diagnosed in this cat based upon the presence of facial dermatitis, anemia, thrombo-cytopenia, positive ANA, oral ulceration and supportive skin histopathology. The cat fulfilled four of 11 ARA criteria that included thrombocytopenia, positive ANA, facial dermatitis and oral ulceration. Although a biopsy of the palatine ulcer was not performed, the ulcer was thought to be attributable to SLE and was considered the fourth ARA criteria for diagnosis of SLE.

The American Rheumatism Association requires a human patient to meet four of 11 criteria to diagnose SLE. The most common findings observed in humans with SLE include malar rash (face), photosensitivity, fever, arthritis, serositis, nephropathy and neurological disease. Some human patients do not meet these established criteria and may ultimately develop additional signs months to years after initial examination.

The majority of these cats (eight of 11) responded well to immunosupression. Two of those cats diagnosed with SLE fulfilled four of 11 criteria established by the ARA, including positive ANA, but supportive skin disease was absent. It is interesting to note that in the aforementioned study, the majority of cats diagnosed with SLE were purebred Siamese, Persians or Persian-related breeds.

This article serves to underscore how variable lupus erythematosus may present clinically in the pet, and even though this disease is rare, it is a reasonable differential diagnosis in the cat with symmetrical, non-pruritic dermatitis and cytopenia. 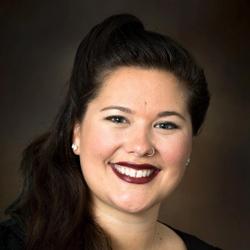 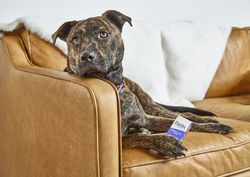 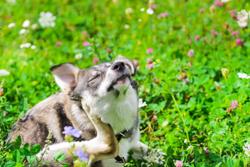