Setting the timetable for sterilizing pets

The timing of spay/neuter surgery—the first major milestone veterinarians must guide a puppy or kitten through—is a big decision for most pet owners. But there is no one-size-fits-all schedule for this procedure. When to sterilize depends on species, gender, and breed, and vets should customize their recommendations to accommodate individual pet needs.

In the United States, the traditional age for sterilizing dogs and cats has hovered between 6 and 9 months old. This norm had little medical reasoning behind it but possibly arose in the early 1900s in response to high anesthetic mortality in younger animals.1 But anesthetic protocols have advanced, rendering surgery in very young animals safe. In shelters, puppies and kittens routinely lose their gonads before they've lost their “milk” teeth.

However, for animals acquired intact, owners have a choice to make. But the lack of universally accepted rules leaves most generally confused. In a 2011 PetSmart study surveying owner attitudes about sterilization, 3 out of 4 survey respondents either did not know when to “fix” their pet or pegged the best age at 6 to 9 months old or beyond.2

Only in the last decade has the question of “best timing” been addressed systematically. Multitudes of studies have set out to link alteration age with the later onset of various diseases and protective benefits. One thing investigators found is that what works best for kittens isn’t necessarily the gold standard for puppies.

In fact, they’ve shown that there is no gold standard for puppies. The rules that apply to most small dog breeds don’t hold fast for larger ones.3 Similar inconsistencies also exist between different breeds of similar size and different size categories of mixed-breed dogs.4

The choice of when to spay or neuter is nuanced and best incorporates many factors unique to a particular animal. Even the American Veterinary Medical Association (AVMA) stays mum on timing and states, “Veterinarians should use their professional judgment to determine the optimal time for sterilization.”5

The health advantages of delaying spaying or neutering in a particular animal must be balanced against the backdrop of pet overpopulation.

“Spay and neuter services are a critical piece of continuing efforts in population control and informed decision-making by owners in the care of their pets,” said Brittany Watson, VMD, PhD, MS, BS, associate professor of clinical shelter medicine at the University of Pennsylvania School of Veterinary Medicine.

Some 2 million healthy cats and dogs are euthanized annually in this country because the shelters are overrun. Although still a tragic number, it’s at least down from about 15 million a few decades back, primarily because of the newer practice of sterilization before adoption.6

Rescue programs that incentivize adopters to alter their pets after bringing them home, either through contracts with local veterinarians, bonds, or deposits for later spay-neuter, have been largely ineffective. Certainly, the best chance for an animal to be sterilized is before it leaves the shelter, prompting many jurisdictions to require surgery before adoption.

“If it is an animal who does not have a dedicated owner or guardian, we should make sure it cannot reproduce,” said Peggy Root, DVM, PhD, professor at the University of Minnesota College of Veterinary Medicine.

The ovariohysterectomy and castration procedures are themselves safe. It is estimated that they carry less than 0.1 % mortality in dogs and cats.7 Considering renal and hepatic competence in clearing anesthetic compounds, the age of the animal plays a role in the outcome.

Nephrons are not fully formed in puppies and kittens until 7 to 8 weeks of age. For kittens, the age-weight relationship is more standardized than in puppies, and 1 kg of body weight generally indicates mature hepatic function. Even so, there are now anesthetic drugs that can be used with immature kidneys and livers.

Hepatocytes and nephrons aside, the larger the neonate, the better. "The biggest thing that influences morbidity and mortality is the animal’s size,” said Giacomo Gianotti, DVM, DVSc, associate professor of clinical anesthesiology at the University of Pennsylvania School of Veterinary Medicine. "A young German shepherd that weighs 10 to 13 kilos is different from a 2-kilo Yorkshire terrier.”

Intravenous catheterization, endotracheal tube placement, thermoregulation, and glycemic control are more difficult in smaller animals, and greater is the room for error in drug delivery too. When size is minute, too much of a drug, too many fluids, too much gas pressure, and too much of a breath are all too attainable, Gianotti warned.

Gianotti added that with these things in mind, the early spay-neuter model seen in the shelter environment is safe because the surgeons who perform them generally do so in a high-volume, rapid-fire way, generally under 20 minutes each.

“They are so experienced in doing these surgical procedures fast that the risk is low,” he said. “The shorter the event, the less likely you are to have problems with blood pressure, vitals, and perfusion.”

Postoperative recovery times are typically shorter in younger animals. In a study that looked at spay-neuter outcomes in dogs and cats, 85 veterinarians unanimously stated that spays and neuters were safer, faster, and easier when performed early than when done after 6 months of age.8 Another investigation’s results found the incidence of minor complications to be higher for spays and neuters performed after 12 weeks of age than before, with the greatest increase in risk occurring after 24-weeks-old.7

Population control is obviously best accomplished in young animals from both a safety and efficacy standpoint. But sterilizing means turning off a faucet of hormones that modulate normal growth and maturation. For the pet owner whose puppy or kitten has come to them intact, this should be factored into their decision on surgery timing.

Estrogen and testosterone signal growth plates to close. Removing these hormones can delay physeal closure, possibly resulting in longer bones.9,10 The potential changes in tibial plateau slopes that can ensue may elevate the risk of anterior cruciate ligament rupture in some dog breeds.

And in animals sterilized on the earlier side, bone volume can lessen, likely due to hampered osteoblast function.

The importance of another compound, luteinizing hormone (LH), cannot be overestimated. In the postpubertal mammal, the hypothalamus secretes gonadotropin-releasing hormone (GnRH). This then spikes a discharge of LH that triggers the release of gonadal hormones, which shuts off the GnRH/LH valve. Because there is no negative feedback in gonadectomized dogs and cats, these levels remain elevated at supraphysiologic concentrations. Dogs that have been spayed or neutered have been found to have LH levels 30 times above normal.11

LH doesn’t just stimulate the gonads. It also interacts with the thyroid and adrenal glands, gastrointestinal tract, ligaments, and lymphocytes. LH receptors pepper the urinary tract, and spayed female dogs with urinary incontinence have been found to have many more LH receptors than those left intact.

There are also numerous LH receptors in the thyroid gland, and they reside alongside thyroid-stimulating hormone receptors. Continuous stimulation of the thyroid LH receptors can interfere with these receptors and contribute to hypothyroidism in dogs.

Sterilized dogs have also been shown to have more lymphocytes with LH receptors circulating in the bloodstream and residing in already cancerous lymph nodes. This suggests that LH could affect lymphocytes and play a role in the development and progression of lymphoma.

Previously, the broadly recommended age for feline spay was after the first litter. Then it changed to after the first heat cycle, and eventually, the profession settled on 6 months or older. But age recommendations have since been lowered to preempt feline sexual maturation, which can hit as early as 4 months. Many shelter veterinarians sterilize cats at 8 weeks or 2 pounds. Some will do so even earlier, as long as the kittens appear healthy.

Root says she advocates spaying before the first estrus, which varies between 4 and 9 months of age, depending on genetics and geography. Although spaying has been linked to the development of obesity, diabetes mellitus, and feline lower urinary tract disease, it has a protective effect against mammary cancer, which is the third most common cancer in cats, occurring at a rate of almost 3% in intact queens. And when performed before the first heat, risk reduction is particularly dramatic.12

Around the time of sexual maturity, age 4 to 5 months, toms start to show behaviors undesirable in a pet. These include biting, roaming, and urine spraying. As with the queen, sterilizing lowers metabolic rate, predisposing them to obesity. The belief that neutering male cats prior to sexual maturity results in a smaller penis and a more narrowed urethra that renders them more susceptible to urinary blockages has been shown to be false. Study results have demonstrated no difference in urethral diameter between cats neutered before sexual maturity, after maturity, or not at all.13

Several investigations have failed to uncover negative long-term consequences of early gonadectomy in male and female cats. One study followed 263 shelter cats for 3 years after sterilization.14 Surgery was performed at under 6 months of age in 188 cats and over 6 months in the other 75. The incidences of physical disease and behavioral problems between the 2 groups were comparable.

The Feline Fix by Five Months campaign promotes spaying and neutering cats at or before 5 months of age.15 The program, endorsed by the AVMA, American Association of Feline Practitioners, and American Animal Hospital Association, spreads the message to the veterinary community and general public alike.

The interplay between reproductive hormones and overall health is generally homogenous among cats. But not so for dogs. There is considerable variation among different breeds and size categories.

For instance, a Doberman Pinscher does not respond the same way an Akita does to the loss of gonadal hormones. And within particular breeds, gender even makes a difference. For instance, altering at the standard 6 months of age does not seem to boost cancer risk in female Boston terriers.3 However, in male Boston terriers, neutering before 1 year of age is associated with a significant increase in cancers.

Research on golden and Labrador retrievers and German shepherds showed a higher incidence of 1 or more joint disorders in dogs sterilized before 1 year of age.16,17 In female golden retrievers, spaying appeared to boost cancer risk significantly.

Small-breed dogs, such as Yorkshire terriers, Pomeranians, Chihuahuas, and toy poodles, rarely experience joint problems, nor do they manifest neutering-related increases in joint disorders compared with breeds of larger size, in whom sterilization age seems to have a greater effect on later development of orthopedic issues.

“Why would an owner want to have a greater risk of a very painful joint disorder?” questioned Benjamin Hart, DVM, PhD, distinguished professor emeritus at the University of California, Davis, School of Veterinary Medicine and the study’s lead author.

Another study using the same set of data evaluated long-term health outcomes of sterilizing at various ages in mixed-breed dogs of different sizes. Regardless of the weight category, sterilization age did not seem to affect cancer rates. However, in dogs weighing 20 kg or more, altering before 1 year appeared to significantly boost the risk of 1 or more joint disorders compared with that of dogs left intact; there were gender differences in degrees of severity.

Putting it all together, breed studies aside, a few general rules can be presented to clients. First, neutering male dogs before sexual maturity, sometimes as early as 6 months, can mitigate disruptive behaviors, such as mounting, roaming, barking, inter-dog aggression, and urine marking. Spaying females before the first heat cycle slashes the risk of mammary neoplasia, with decreasing benefit with each heat cycle the bitch experiences.19

Just as there’s no single recommendation appropriate for all dog breeds, every canine and feline gonadectomy decision should be evaluated in a way that balances surgery risk, long-term health benefits and consequences, owner logistics, and population control. These elements should all be part of the dialogue with pet owners, said Hart. “The new paradigm is ‘Have conversations with your clients and show them the data,’” he said. 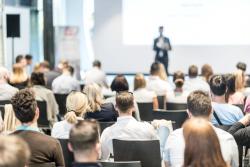