Pro tip: Take time to talk to the kids

The grown-up holds the purse strings in the veterinary exam room. But dont neglect the heartstrings of the littlest pet owner, who may be as curious as a cat or as scared as a rescue dog.

(Photo Getty Images)When you walk into the exam room, you're obviously there for the pet sitting in front of you. If a veterinarian doesn't know how to interact with a pet, then you may need to question your career choices or might be on your way to a job in research. Unfortunately, pets don't walk into the clinic themselves. There's always the matter of talking to the owner who needs to pay for all your expert, loving care and expertise. But what about the small child sitting in the corner. Do you need to interact with her?

For some children, you don't have a choice on whether you talk to them. They have 10 prepared questions and often think up another three on the spot, including, “Who's your favorite superhero?” Other kids sit quietly in the corner, trying to disappear because they're not entirely sure whether you're the kind of doctor who's going to stick them with a needle. Maybe the child's perception of the veterinary experience isn't as crucial as the grown-up's, but you need to address kids there. They're just as important members of the family as the cat they've brought them in.

Other kids sit quietly in the corner, trying to disappear because they're not entirely sure whether you're the kind of doctor who's going to stick them with a needle.

I don't think veterinarians need to go as far as dentists and pediatricians, with their multiple video game consoles and menu of cartoons and huge stuffed bears in the exam rooms. (Besides, that poor bear would get chewed up after only a few visits from a rambunctious Labrador puppy.)

What about just keeping some unused coloring books and crayons handy? (You can keep them for you too-I won't tell.) It's also easy to take note of kids in the medical record so that after a visit or two you can talk to them by name. That helps bring down some barriers.

Another approach is simply just to talk directly to them. Approach the situation as if you were a children's book author. Speak to a child from her point of view. This can be a difficult transition, as you try to be the expert or authority figure to the adult pet owner. Don't engage in baby talk, but jettison the medical jargon and use understandable terms. A stethoscope is simply an object used to listen to the heart. As a veterinarian, for a dog with profuse vomiting, we have a long list of concerns and diagnostics that need to be performed. A child just wants to know if it's going to hurt. Ask the child if her pet likes peanut butter or to play with a ball. Let her know that information is very useful to help the veterinary team make her dog comfortable while being admitted for tests.

Ask the child if her pet likes peanut butter or to play with a ball. Let her know that's useful to help your team make her dog comfortable during tests.

Be descriptive and use a little imagination, but still make sure you're telling the truth-even small children can tell when they're being taken for a ride. When describing something, use all the senses when able. Children better relate to explanations when something smells like or feels like an object or experience they're familiar with. Luckily, we veterinarians are in a profession where all of our senses are constantly in use, so the analogies should come easily.

I know, during a busy day, it can be easy to ignore the little one in the corner of the room. And you can still be an excellent doctor and communicator without including them into the fold. Some children prefer to be ignored; they just want to mimic their cat and tuck their head away until the door to the lobby opens once again. But for other children, a little extra time and effort can go a long way in cementing the bond with them, their parents and the pets they love.

5 Marketing musts for every veterinary hospital 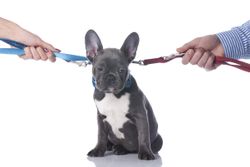