Relief efforts are gearing up to aid animals impacted by the earthquakes in Haiti.

-- Numerous animal aid and veterinary organizations across the United States are uniting under one coalition to help more than 5 million animals displaced by recent earthquakes in Haiti.

The Animal Relief Coalition of Haiti (ARCH) has been formed to assess the needs of Haiti's estimated 5 million livestock, most of which are goats, and unknown large numbers of stray dogs. Emergency care will initially focus on the livestock population, critical to Haiti's long-term recovery, then move to the large stray population, says the American Veterinary Medical Association (AVMA), an ARCH member.

Already pressed for resources, Haitians are scrambling to sift through the rubble left by a 7.0 earthquake Jan. 12 and numerous aftershocks, the largest being a 5.9 aftershock Jan. 20. There is great concern that the high human death toll and an already fragile infrastructure in Haiti will lead to a spread of disease in the aftermath of the earthquake, specifically of rabies and leptospirosis, says AVMA. Organizations like the Christian Veterinary Mission and Heifer International have long provided animal health aid to the island nation, but ARCH members will join in the call to help.

Teams are gathering in the Dominican Republic, preparing to help tend to animals in Haiti and collect veterinary supplies. No call for veterinary volunteers or supplies has been issued thus far, but monetary donations for animal relief efforts are being collected through the World Society for the Protection of Animals, the International Fund for Animal Welfare, the American Veterinary Medical Foundation, the Christian Veterinary Mission and Heifer International.

AVMF has made a "significant initial financial contribution," says AVMF Executive Director Michael Cathey. Cathey declined to specify the contribution amount, saying this is only a start for the organization. The initial offering was made before AVMF starting collecting donations for Haiti, and Cathey says more donations will be funneled to ARCH as they are collected, depending on what other animal relief efforts are needed. If AVMA's Veterinary Medical Assistance Teams (VMAT) are needed, AVMF funding will have to be channeled there, as AVMF is VMAT's major funding source. 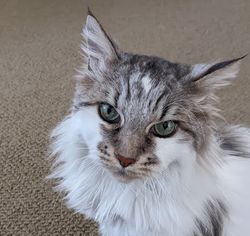 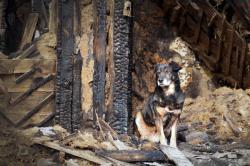