Noncompetes in veterinary practice: The landscape is changing

Corporate consolidators will be affected if more states limit the duration of these agreements and take into account the financial capacity of those bound by them.

Noncompetes are no surprise to anyone. And in today’s market of venture capital groups and multinational corporations buying veterinary hospitals, they nearly always insist that the hospital seller either assign (transfer) or obtain a noncompetition agreement from most, if not all, of the associates working there. The buyer is paying an outsized price and doesn’t want to contend with a former doctor who elects to “go rogue” and join a competing facility nearby.

In my dealings with consolidators and corporate buyers, the noncompete is a fundamental element of the corporate veterinary clinic “roll-up” business model. I don’t say this necessarily as a disparagement—in decades past, the same trade restraint technique was part and parcel of hospital sales between veterinarians. The only difference today is that buyers are more likely to be MBAs than DVMs.

The laws of noncompetition, however, are changing rapidly in this country. Let’s take a deeper look at where this complex and evolving area of legislation stands today and how it’s changing.

The essence of enforceability

The essence of noncompetition law is the concept of enforceability, but guessing at enforceability beforehand has always been tricky. An employee would challenge her noncompete. The boss would sue for enforcement. Briefs would be presented to the appropriate court in support of both sides, explaining what had been done in previous litigation over noncompetes faced by, oh, medical supply salesmen, automotive executives, periodontists and, occasionally, even a veterinarian. The judge would take all that in and decide whether the noncompete was reasonable, unreasonable or reasonable with court-imposed tweaks.

Courts have been deciding enforceability with minimal guidance since James Herriot delivered his first calf. Now what?

It’s hard to say why it hasn’t happened before now, but numerous state legislatures are getting into the “restraint of restraint-of-trade” business. Enforceability guidelines and mandates are coming down from Boston, Trenton, Providence and—just recently—Olympia, Washington. Many of the new rules are not as broad as the noncompete limitations heretofore imposed in California, but the latest statutes are clearing up a whole lot of doubt in a whole bunch of states.

There’s a unique case unfolding in the West. General practice veterinarians may soon be getting raises in Washington state—at least if their bosses want them to continue to be covered by a noncompetition covenant.

The new law, which became effective Jan. 1, 2020, prohibits enforcement of noncompetition agreements for employees (not independent contractors) who earn less than $100,000 per year (inflation adjusted). It’s not hard to see what impact that may have on new veterinary school graduates as well as corporate hospital chains—assuming you buy into my view that noncompetes are vital to a typical practice consolidator’s business plan.

The law also introduced procedural instructions to judges and arbitrators stating that covenants longer than 18 months post-employment are presumed unreasonable and unenforceable. That means the burden will be on employers to prove the necessity of a longer noncompete—say, two or three years in duration—vs. the traditional burden on the employee to prove that a period was unfairly long.

… changes who can sue

Frequently, when I review employment agreements for associates, I ask whether they can afford protracted litigation against a potential employer if they violate a seemingly unreasonable noncompetition covenant. Can they tolerate the cost to prove they’re right about the noncompete terms being unfair? Clients usually say they can’t.

Washington’s new law addresses this issue and the often wide economic disparity between an individual veterinarian and a well-financed employer involved in a costly legal scuffle. The state now provides specifically for a “private right of action” by an individual whose noncompete covenant does not comply with the new law. This means an aggrieved employee (for example, an associate who's subject to a noncompete but who doesn’t get paid $100,000 or more) can sue the employer, and, if successful, receive up to $5,000 plus—probably more importantly—reimbursement for attorneys’ fees, expenses and costs of litigation (or arbitration, if the case is decided by an arbitrator).

Are you in Washington state?

In preparation for this article, I carefully researched numerous legal sources and parsed the Washington statute. There is substantial uncertainty and disagreement among the legal profession as to the potential retroactive applicability of the law, which would affect all existing contracts. While the text of the law discusses retroactivity, the language is vague and has serious constitutional issues associated with it. Keep this in mind and consult your own legal expert.

Be sure that the veterinary corporations are looking closely at this law and others in states debating similar legislation. Here are my predictions about how these bills will affect veterinary consolidators and their employees:

When it comes to noncompete agreements, the legal concept of restraint of trade bears on our veterinary profession more profoundly every day. Government intervention into commerce manifests itself as telling market participants what they can’t do (declaw cats in some states) and what they can (own hospitals as nonveterinarians). Hospital owners may rightly view noncompetition agreements as a necessary protective measure for their business. But employed veterinarians (and civil libertarians as well) will continue to fight these covenants, because they restrict the right of doctors to practice their craft when, where and how they please. I predict we are far from done hearing from the courts and the legislatures on this subject.

Christopher J. Allen, DVM, JD, is president of Associates in Veterinary Law PC, which provides legal and consulting services exclusively to veterinarians. He can be reached at info@veterinarylaw.com. 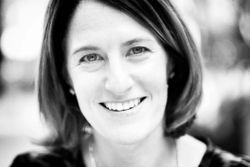 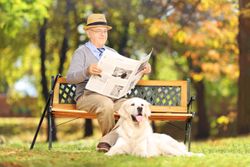 News wrap-up: This week’s veterinary headlines, plus some comedy relief