Mixed practice: Will it save equine practice or kill it? 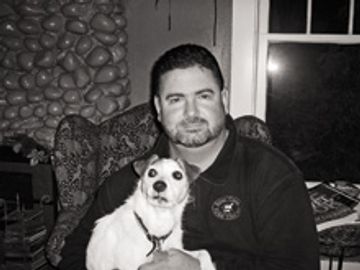 Many equine veterinarians have added small animal services to subsidize revenue. Heres a careful look at the long-term effects of that decision.

Shutterstock.comWhen equine practitioners hit the economic downturn in 2009, many of them began looking for other ways to stay busy and service their practices financially. For some the solution was to diversify, and in most cases that diversification meant taking on companion animal work. It made a lot of sense: They could continue to serve their equine clients but would have the added bonus of paying their bills and staying in business.

It worked for many practitioners. But what will the long-term effects be? Will mixed practice save equine practice, or will it be the thing that ultimately kills it?

How it works out

Many of the mixed practices I know personally share similar characteristics. Single or majority ownership resides with a longtime and extremely popular veterinarian who practices, at least primarily, on horses. Without that well-regarded mostly equine owner, these practices probably wouldn't be mixed-they would simply be companion animal clinics.

Many of these practices also struggle to find and keep associates. Based on feedback I've received while recruiting, I've concluded that most new graduates are focused on a future in either small animal or equine medicine. Veterinary job seekers with a foot in each arena are a rapidly dwindling group.

Of that dwindling group, those who do take a mixed practice job often leave between their first and second year for one of two reasons: (1) The “horse doctor” part of them is not getting enough opportunity to hone their equine skills and develop a client base (in part because of the long shadow cast by the owner/primary equine practitioner), or (2) They no longer feel competent to see intermittent horse appointments and dread the fact that they're responsible for equine emergencies-which are often the cases they're least comfortable with.

To add to the dilemma, many of these longtime owners are now looking for someone to buy their mixed practices, in whole or in part, and they're hitting a wall. Since their associates aren't carrying the equine practice flag at the level they are, those associates simply have no interest in buying that part of the business. Can an owner retire comfortably if he or she can only sell the business as a companion animal practice? Probably not. Those owners need to be finding other ways to save for retirement rather than planning for practice sale proceeds to provide their main funding source.

That still doesn't answer the question, though. Does mixed practice benefit equine work-or does it just damage it?

Here's my view: I think it damages it.

Dr. Owner simply can't be the practice's equine anchor and help one or more associates get ready to step into his or her role at the same time. Successful practice takes practice-equine practice especially. From being comfortable around the animal, to feeling qualified to handle the really, really hard stuff, to being able to provide competent reproductive services, to helping diagnose and resolve difficult lamenesses-you have to do it all of the time to stay sharp.

It is the rare practitioner (and I do know a few) who can hold onto their clients' confidence in both equine and small animal practice. Many clients-regardless of whether they're wrong or right-are convinced that the best horse doctor at your practice can't also be the best small animal doctor in the building. If you are that rare exception, you may find it hard to sell your mixed animal practice even if you do split off the equine portion for all of the reasons described above.

Another characteristic of the mixed practice owners I know is that all of them-every single one-has built a noncorporate practice with certain values that they desperately hope to pass on once they're no longer involved. These veterinarians have a deep, deep connection to the clients who helped them build their practices and dread the idea of giving even the smallest hint of their future retirement-which makes a gradual transition difficult as well.

So mixed practice is not the long-term salvation of equine practice, despite some short-term reasons it might appear otherwise. Those clients who do like the one-stop shop aspect are usually reluctant to accept the equine doctor's associates as viable alternatives. Instead they keep a veterinarian from another practice on speed dial for those times when their favorite doc isn't available. That is simply not as often the case with those same clients when they schedule a small animal appointment-they'll see any one of several practitioners.

In the end, I think mixed practice is more of a threat to long-term equine careers than it is a benefit. A new graduate who joins a mixed practice intending to see horses on a regular basis is likely to be disappointed. For all of the same reasons many owners have looked to companion animal work to subsidize equine revenue, so must a mixed practice make that same decision internally.

While a full equine schedule might be six to eight stops during the day, that same number of clients represents one to two hours of the day for companion animal doctors. Simply put, when a huge day comes around (and the economy in most areas is back and strong), an associate can service more demand in the building than on the road. It's not that their companion animal clients or patients are any more important than equine ones; it's that one group simply outnumbers the other. By the same ratio of six to eight equine clients per day compares to 25 to 40 small animal clients, the emergencies, or needy client appointments, add to drawing an associate from one need to the other.

In the Pacific Northwest, almost every practice with more than one strong equine practitioner is equine only. It's just a case of how those relationships have been built and how clients perceive their veterinarian. For an associate veterinarian who wants a strong and stable equine following, it's likely only going to happen where that's the only species listed on the door.

Kyle Palmer, CVT, is a frequent contributor to dvm360.com and dvm360 magazine, a Firstline Editorial Advisory Board member and a practice manager at Silver Creek Animal Clinic in Silverton, Oregon. Send your questions or comments to dvm360@ubm.com.