Smithsonian’s National Zoo and Conservation Biology Institute has sadly announced the loss of Nababiep, a female African lion affectionately called Naba. She was humanely euthanized September 26, 2022 at 18 years old. According to a zoo release,1 the median life expectancy for African lions under human care is 17 years.

Back in March, great cats keepers realized Naba was chewing in an exaggerated way and not consuming all her diet. Naba was trained to voluntarily engage in awake health exams and blood draws. When they indicated to Naba to open her mouth, they saw several dental issues, and blood tests revealed chronic renal disease. Both these conditions are often found in older lions.

To help alleviate Naba’s discomfort, zoo veterinarians then prescribed pain medications to her and presented her diet in various ways to urge her to eat. Zoo veterinarians and an outside veterinary dental specialist treated Naba’s dental disease over the next several months, however, she further declined, though there were glimmers of hope at times.

Last week, during a complete veterinary exam, a new dental concern was raised with Naba, though the zoo team was “cautiously optimistic she could recover.”1 However, over the weekend, she didn’t eat well, was not defecating, and her discomfort was obvious to the team. Thus, they decided that making more attempts to examine Naba’s illness would be hard on her and invasive, so they made the difficult decision to euthanize her.

According to the release,1 initial necropsy findings displayed a large mass in her small intestine and a cystic lesion in her brain. A final pathology report will offer additional information in the upcoming weeks. 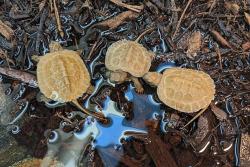 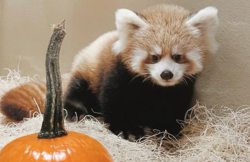