The (hospital construction) Price Is Right!

Don't let that daunting price tag get you down. The Great Recession hit hard nearly a decade ago, costing jobs, hurting investments bringing down prices-including veterinary construction prices. Today, we're seeing prices at the highest they've ever been.

But before you completely swear off your veterinary hospital design dream, architect Dan Chapel, AIA, NCARB, president of Chapel Associates in Little Rock, Arkansas, wants to remind you that not only are these prices a normal thing, but a good thing as well. They're an indication of higher-quality medicine and better ideas in veterinary practice. (You can see he's a glass-half-full kinda guy.)

“Historically, buildings certainly don't get any cheaper. Buildings back in the ‘70s used to be built at a fraction of the amount that they do today,” Chapel says. “But buildings today have so much more than buildings back then had to offer.”

In other words, what goes into your new veterinary hospital is worth the big budget. Chapel explains what he means by breaking it down with a few examples.

Chapel wants those looking into construction prices not to rely too heavily on square-foot pricing models.

“That's like going through a dress shop, taking the prices from every dress in the store, coming up with an average and saying ‘All the dresses at this store cost this exact amount.' It's not true because some are cheaper, some are more expensive.”

Chapel says square-foot pricing models can point you in the right direction when it comes to budgets, but that's it. Don't live and die by the number. Read more on what he says about this issue here and here.

“If you're a veterinary professional, you want to be able to stand anywhere in the hospital, reach out and touch an electrical outlet,” Chapel says. “That's a bit more pricey than the normal outlet ratio.”

Chapel says it all has to do with zones, particularly when it comes to odor: “Sometimes we'll have two or three smaller heating and cooling systems, rather than one large one, to try and control odorous zones. This makes the initial cost more expensive, but makes the hospital better and easier to operate in the long run.”

“In a big wide open area, you could put a few large lights in, but with smaller rooms, you'll need more lights.”

The biggest cause for the high cost of a veterinary hospital building, however, is the need for more small rooms than the average office building or retail store, according to Chapel.

“Your painter will get frustrated because he can't just spray one big room. He has a lot of rooms that are virtually big closets, yet it has all of the complications of one big room,” he says. “You've got more corners, finishing problems and other obstacles.”

Unfortunately, there are no ways to forego the bigger budget.

“Most of your budget will be things you can't control,” Chapel says. “You can try to squeeze the budget for the things you can control, but it won't do much. At the end of the day, you'll want a new, efficient building, and that takes money.”

Alright, alright, we can tell you're about to throw up your hands and swear off starting a new veterinary practice. But you need to remember if you build a good practice and run a good practice, the best thing you can do is start now-almost any now is good.

“The sooner you get into your new, fabulous, efficiently laid-out building, the quicker you start enjoying providing better service to your clients and patients,” Chapel says. “You'll also be giving a better workspace for your employees, which will, in turn, let you enjoy your practice a little bit more. If you don't have that, you run the risk of running all of those things off. So why wait?” 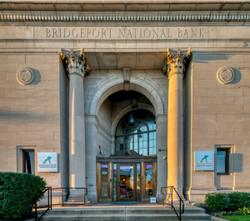 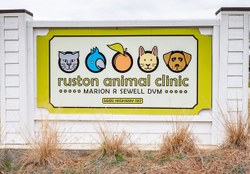 Have fun, will build 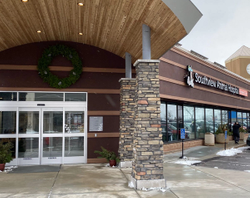 Striving to pay it forward