The FDA has announced the approval of ThyroKare (levothyroxine sodium tablets, Neogen Corp), a replacement therapy for hypothyroidism in dogs.

Hypothyroidism is a common hormone imbalance in which progressive destruction of the thyroid gland leads to diminished thyroid function and insufficient thyroid hormone levels. The condition is typically seen in middle-aged to older dogs and occurs more commonly in medium to large breeds.

According to the announcement, the safety of ThyroKare in dogs was established based on several sources, including a comprehensive literature review on the use of levothyroxine in dogs; pharmacovigilance data voluntarily reported to the sponsor when the drug was previously marketed as an unapproved drug, and reports of accidental overdoses of natural or synthetic thyroid hormone products in dogs.

Both safety and effectiveness of ThyroKare were demonstrated in a field study in client-owned dogs. Owners of dogs that had been diagnosed with hypothyroidism but never treated with levothyroxine sodium were dosed with ThyroKare orally twice daily at home. On day 84, 87 of 107 study dogs (81.3%) evaluated for effectiveness were considered a treatment success based on thyroid hormone levels. On day 168, the same number of dogs were considered a treatment success, although the cases considered successes were not necessarily the same at both time points.

Clinical signs of hypothyroidism also improved during the study. The most common adverse reactions were polyuria/polydipsia, tachypnea, lethargy, anorexia, vomiting, and muscle tremors or shaking.

ThyroKare is available by prescription only. The starting dose is 0.1 mg/10 lb (0.01 mg/lb, 0.022 mg/kg) body weight twice daily. To minimize day-to-day variations in serum total thyroxine concentrations, ThyroKare should be administered consistently either with or without food.

Monitoring typically includes regular evaluations of thyroid hormone levels to ensure the prescribed dose of the product remains at an appropriate level to manage the disease. Monitoring is also important when switching to another levothyroxine sodium product due to potential differences in recommended doses and in bioavailability.

ThyroKare is available in 9 strengths of color-coded tablets ranging from 0.1 to 1 mg, in bottles of 180- and 1000-tablet counts. 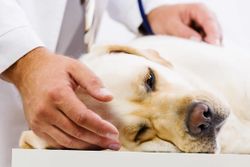 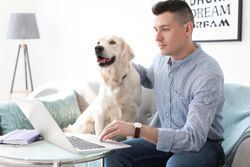