Demystifying the many myths about cats

An animal behavioralist sets the record straight on where pet parents get their information and sheds light on the many misconceptions surrounding feline behavior.

He is called “the dog whisperer,” but as it turns out—somewhat famously—I called him “the dog screamer.” And I was not shy about it.

What Cesar Millan was doing was hardly as subtle as a whisper. His TV shows often highlighted aversive training techniques, and I was not the only one exasperated by Millan’s methods—so were members of the American College of Veterinary Behaviorists (ACBC), who happen to like the humane and science-based notion of positive reinforcement.

However, as Millan’s programs enjoyed success, more dog trainers began marketing themselves as whisperers or hanging a shingle on their doors and websites, calling themselves behaviorists (which, unless they are boarded diplomates of the American College of Veterinary Behaviorists, they decidedly are not).

Enough was enough. In 2014, the ACBC authored a book with the hopes of setting the record straight regarding dog training and enhancing awareness of diplomates. The book is called Decoding Your Dog, and I was honored to write the introduction (and gladly promoted the book as if it were my own, though I was a coeditor).

Because of sky-high sales (which are continuing) and favorable reviews, the same publisher had no issue with allowing the ACBC to create a sequel, suitably called Decoding Your Cat, coedited by Meghan Herron, DVM, DACVB; Debra Horwitz, DVM, DACVB; and Carlo Siracusa, DVM, PhD, DECAWBM. Again, I was honored to pen the introduction. The book is primarily geared for pet parents in hopes of dispelling the many myths and misconceptions surrounding cats.

“[When] cats wave a flag, there’s something wrong,” says one of the book’s contributors, Amy Pike, DVM, DACVB, IAABC-CABC. “Well, that is the cat’s perspective, [that] they’re waving the flag, but many times pet parents don’t notice the change in behavior because cats can be subtle. If the owners do seek help, where are they going?”

Pet parents seem to suggest, more so with cats than dogs, that their pet is out to get them or is being spiteful. “Dogs have changed dramatically from their original ancestors,” adds Herron. I have a French bulldog myself—talk about neoteny (retention of juvenile features in the adult animal).

“However, domestic cats physically haven’t changed a whole lot,” she says. “So that means the behavioral repertoire is quite similar too. A strong hunting instinct, a desire to scratch and climb all over things and, perhaps, to do anything to feel safe. Perfectly normal behaviors for cats but problematic for some families. When it comes to cats, our [clients’] expectations are too often not what cats truly are.”

While felines tend to be more popular than their canine counterparts and are considered lower maintenance (eg, don’t bark or require walks), sometimes their owners don’t fully comprehend their enrichment needs.

“We don’t write about damaging cat training as we did damaging dog training,” says contributing author Julie Albright, DVM, DACVB, associate professor of veterinary behavior at University of Tennessee College of Veterinary Medicine, Knoxville. “Although cats are way more self-sufficient than dogs, we’re often not fair to cats, not giving them what they need.”

Albright is referring to enrichment. “I actually prescribe enrichment all the time. I have a handout; I circle what’s right for that individual cat,” says Albright. “We talk about what that individual client can do and meet them where they [pet owners] are at. I tell clients to set times and have reminders to ensure that they do it. I talk about how cats can be taught to play fetch. I think there should seriously be an equivalent of canine nose work for cats. I have moose scent and put that on a paper towel.”

Although moose scent is not for all cats, contributor Kelly Ballantyne, DVM, DACVB, says, “Enrichment is no longer considered an important idea; today it’s a necessary idea for all indoor cats.” Enrichment is about meeting cats’ hardwired needs. Albright brings up a new area of study, “Enrichment releases the neurochemical brain-derived neurotrophic factor (BDNF).”1 At least that’s the case in rodents, humans, and very limited studies in dogs. BDNF serves as a sort of natural antidepressant.

Another important objective consistent throughout the book is to help clients be more aware that a change in behavior may be a result of a medical issue. “Every day when I was in general practice, people said, ‘Give me the Prozac,’” Herron says. She adds that clients want a magic pill that doesn’t exist, and because the internet says the problem is behavioral, it must be. So, they add litter boxes for the cat with kidney disease; that’s fine, except that the cat still has kidney disease.

A lot of clients get embarrassed to even bring up a behavioral problem, or they don’t think it’s important or don’t think a veterinarian would have any interest in a behavioral problem. “I suggest private practitioners always ask, not if there’s a behavior problem, but if there’s been any change in your cat’s behavior,” says Pike. “Sometimes people may not even think about it until you ask. Or they may think a change, like an older cat no longer jumping on a counter, is to be expected. Of course, that tells us the cat may be in pain, right? And we can do something for that cat.”

“I’m so glad that cats are finally receiving the attention they deserve—and hope Decoding Your Cat clears up the long list of misconceptions and misunderstandings people have about cats,” Albright concludes. 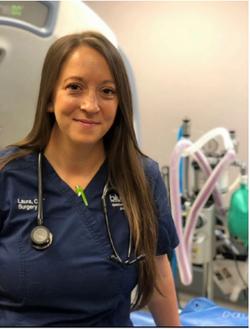