Clone on the range

By year's end, farmers could eat the same steer they breed-well, eat the progeny of the the genetic clone anyway.

By year's end, farmers could eat the same steer they breed—well, eat the progeny of the the genetic clone anyway. Milk and meat from cloned animals will be OK for sale and consumption. The Food and Drug Administration is soon expected to release a draft of regulations based on a thumbs-up from experts who say a cloned animal is as safe to eat as one that's conventionally bred. At a reported cost of nearly $20,000 per cloned animal, the new rules will help ranchers produce a twin bull for breeding from a prize steer originally castrated for eating. 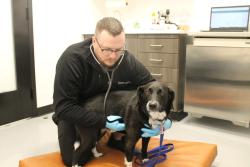