Can dogs be used to screen for COVID-19?

Several studies in the U.S. and Europe are exploring the canine nose as a potential surveillance system for the novel coronavirus.

A new research initiative is underway at the University of Pennsylvania School of Veterinary Medicine (Penn Vet) to determine whether dogs can discriminate between positive and negative COVID-19 samples. Backed in part by the new Penn Vet COVID-19 Research Innovation Fund, the study is exploring the sensitivity and specificity of scent in hopes that trained dogs can detect the virus successfully, particularly among asymptomatic patients.

Announced at the end of April, the study began with eight dogs over the course of three weeks. Through the process of odor imprinting, the dogs were exposed to COVID-19–positive saliva and urine samples in a laboratory setting. As the dogs continue to learn how to recognize the odor and potentially discriminate between positive and negative samples, a baseline for testing will begin to take shape. This will help determine whether the dogs can identify infected people in real-life situations.

Penn Vet’s Working Dog Center is well known for its successful canine training programs to detect explosives, drugs and various medical conditions, including cancers. To assist in its ongoing research, the university is currently seeking individuals who have been tested for SARS-CoV-2 by nasal swab or sputum test. Eligible participants will be sent a cotton T-shirt to be worn one night while sleeping. The shirt is then shipped back to the Penn Vet Working Dog Center where it will be used in training and testing the dogs to help identify a unique odor associated with COVID-19 infection.

Similar research is also being conducted throughout Europe. In a preliminary report published by bioRxiv, researchers at the National Veterinary School of Maisons-Alfort in France trained German shepherds to detect COVID-19 via an infected person’s sweat. The study was conducted at three locations, each following the same protocol, using 198 armpit sweat samples obtained from different hospitals. For the initial phase, eight dogs were studied in a total of 368 trials.

Overall, the dogs were able to correctly determine the presence of infection in an average of 95% of samples, with four of the eight dogs successfully identifying a positive sweat sample 100% of the time. The authors concluded that from their findings “there is very high evidence that the armpit sweat odour of COVID-19 persons is different, and that dogs can detect a person infected by the SARS-CoV-2 virus.”

Finnish researchers took a slightly different approach. Veterinary and human medical researchers at the University of Helsinki say they’ve successfully trained dogs to differentiate between positive and negative SARS-CoV-2 urine samples. “It was fantastic to see how fast the dogs took to the new smell," said Anna Hielm-Björkman, DVM, PhD, leader of the DogRisk research group that conducted the study.

According to the university, preliminary tests indicate that the dogs provided more accurate results than some current COVID-19 tests based on molecular techniques. They also report that it appears the dogs can detect the presence of the virus before patients display any symptoms. The researchers came to this conclusion after the dogs picked up on the presence of COVID-19 in samples taken from people who had previously tested negative or had not been tested at all. After researchers asked those donors to be tested again using standard testing methods, all of the tests came back positive.

For the next phase of the study, researchers will retest the dogs in a randomized double-blinded setting, introducing them to a larger number of both positive and negative patient samples to determine whether the dogs are detecting the presence of SARS-CoV-2 or another virus.

Canine COVID-19 detection studies are also taking place in Germany and England, reportedly garnering similar positive results. Using dogs to detect COVID-19 could greatly increase the speed at which people could be tested in large venues and gatherings, such as sporting events, transportation hubs, hospitals, and schools.

“The potential impact of these dogs and their capacity to detect COVID-19 could be substantial,” Dr. Otto said. 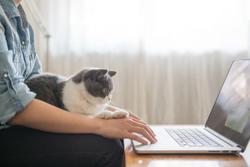 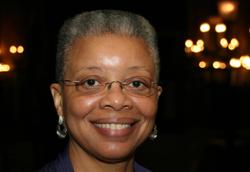 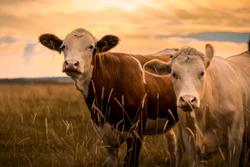 Anifera granted seed funding from the CIEL for research