My Q&A with CVC educator Dr. Betsy Charles makes me optimistic that veterinary hospital teams can be nicer, more resilient, more successful and longer-lived than ever before.

If the answer is "no," Fetch dvm360 conference has the speaker and approach for you.You can accomplish anything in life, provided that you do not mind who gets the credit. -Harry S. Truman

In his 20 years as CEO of General Electric, Jack Welch increased the value of the company many times over, making it one of the biggest in the world when he retired in 2001. In 1999, Forbes named him “Manager of the Century.” Although he was a rainmaker who generated lots of money for GE, he was also notorious for creating a pressure-cooker workplace: Lost profits resulted in rounds of layoffs, and anybody caught "underperforming" was fired. Corporate culture was designed for one thing and one thing only: to maximize shareholder profits, which turns out is an awful way to lead or inspire people.

Fetch dvm360 conference educator Betsy Charles, DVM, MA, advocates a different approach at the Veterinary Leadership Institute (VLI), one called servant leadership, which is gaining massive traction as a better way to lead people and still be massively productive. She and I sat down for a phone chat on why she believes this is the case.

Sarah Wooten: Is there just one right path to being a great leader, or are there many paths?

Betsy Charles: I think the key to successful servant leadership starts with knowing yourself and knowing your people. You have to know your personality type, strengths and weaknesses. You also have to know your people, because different people are going to need different types of leaders. A servant leader is somebody who knows both themselves and their people, puts their people before themselves and takes the path that is going to make their people most successful.

Why is servant leadership so effective?

Because it's about others and the goal. It's not about the charismatic CEO, which is what our business culture idolizes. [In that style of leadership,] there's a loss of altruism, there's a loss of taking care of each other, there's a loss of community, and when you have a bunch of people who are just out for themselves, the organization never works. There's a shift away from finding a common goal, communicating that to each other and determining who are the members of the team who are going to work together to reach that common goal. Those practice owners are focused on protecting their livelihood and maximizing profit, their end game, which is no way to lead people. I believe that in this profession, generally speaking, we don't have the skill set to articulate a common goal to the team or work together to achieve that common goal. It's a broken model.

When servant leadership is implemented [in a veterinary practice], hard conversations happen, people take care of each other, they trust each other and they are much more productive. One of the most important attitudes any practice manager or practice owner can express to someone in their charge is, “I've got your back. I believe in you even when you don't believe in yourself.”

Imagine you have a veterinary team leader who comes to you and says, "I get it. We have a broken and dysfunctional leadership culture within our practice, but we want to do the right thing. We know it's going to be a long haul, but we want to do this.” Where would you advise this leader to start?

With themselves. People in leadership positions come up to me after I have presented somewhere, and they always (and I mean always) say, “OK. I have this problem with this staff member. What do I need to do to fix them?” and I just look at them and say, “You need to fix yourself first.” And they don't like that, which is why I feel people don't flood to our program at conferences initially, because I'm not just going to give you a list of 10 things to go do that are going to magically transform your practice.

What I am going to do is ask you to reflect on why you do the things you do. Typically, people tell me they don't have time for that and they just want their team members to do what they tell them to do. My response is, “Then you are never going to have a transformed team.” So often the common problem in many practices is the practice manager or the practice owner.

Take some tests. Find out your score on the MBTI (Myers-Briggs Type Indicator). Get a DiSC (Dominance Influence Steadiness Conscientiousness) profile. Take the StrengthsFinder test.

Ask yourself tough questions. Are you a thinker or a feeler? Do you know your conflict style, and do you understand how you respond in conflict? Are you a stonewaller? Do you know what irritates you and why? Why do you struggle with the financial piece of the puzzle?

Knowing this information about yourself gives you the framework to explain why you do the things you do and information you need to change how you interact with and respond to your team. That's what a conscientious servant leader (and emotionally intelligent leader) does.

Sometimes people say to me, “So, Betsy, what you're saying is that I have to fix myself completely before I can lead?” No, that's not what I am saying, but if you want to get to the point where you have a high-functioning, transformative team, you have to know yourself pretty stinking well.

If somebody has already done all of this, what's the next step after that?

The next step is modeling and encouraging those same behaviors in your team. Ultimately, in order to become a transformative team, everybody has to know their strengths and weaknesses and their personality profiles. Once you've done the work on yourself, the next step is asking yourself how to get your team to do the same work. How can you give them the time, the space and the resources to do that? Doing this will also let you see whether you've got team members in the right jobs. Maybe you have an introvert answering the phone all day when she would rather be doing inventory.

One of my good friends is a coach on StrengthFinders, and he told me a story about a practice he was working with. Once the team members got their profiles back and learned what their strengths were, they realized, “Oh my gosh, this is why we're miserable! We aren't in the right spots on the team!” Two or three team members did job swaps in the practice, and the team immediately took off.

What metrics do you use to measure yourself as a leader?

That's a good question, and if I knew the answer, I would have my organization, VLI, completely funded. That's what everybody is always asking me! At the Veterinary Leadership Experience, we have a couple of psychologists who work with us, and we measure resilience, communication effectiveness, emotional intelligence and more. I've seen veterinarians get very uncomfortable with those metrics, because they're so-called "soft sciences." Some other metrics I've found to be useful are things like turnover rates, number of sick days taken, job satisfaction levels and how you and your team are meeting the goals you set. There are no hard ways to measure this, because it involves surveys and bias, but they're good starting points.

Now about those millennials ...

"If you don't define your work culture, you'll still have a culture, it just may not be the one you want," says Fetch dvm360 educator Betsy Charles, DVM, MA.

Be a better boss, lead a better team

Dr. Betsy Charles is a thought leader for an emerging type of business culture in veterinary medicine, one where, to paraphrase the words of Simon Sinek, the vast majority of veterinary professionals wake up every single morning inspired to go to work, feel safe when they're there and return home fulfilled at the end of the day. Whether you believe that's attainable or not, I know everybody reading this longs for that type of workplace. It's time to try to build it for your hospital by learning a better style of leadership with Dr. Charles at a Fetch dvm360 conference near you.

How do you lead millennials?

I think millennials get a bad rap. Many are definitely a product of the helicopter parenting style, which has led to millennials not having similar skill sets to Gen Xers. As a Gen Xer, I just had to figure things out because my mom was working. Many millennials don't have the same problem solving skills. Many of my colleagues are so frustrated because they feel like they have to be their parents.

Well, you kinda do.

As soon as we stop being bitter about that fact and start coming alongside to teach, coach and mentor these young people, the more success we'll enjoy in our leadership roles. Everything comes down to purpose. You have to answer a millennial's "why" before they'll follow you.

I remember I had this one student, and she was crabby because I was able to go home and she had to stay at the hospital with the colicky patient. When she asked me why, I asked her, “How many colicky horses have you monitored in your career?” She hadn't monitored any. I explained that I have monitored hundreds of colicky horses, and she needed this experience to be able to make clinical decisions on her own for this type of patient in her future. That explanation made all the difference. So explain the why.

You talk about finding employees who share your values and empowering them with trust. I know of clinics struggling to find anybody to fill technician positions, let alone people with shared values. How do you suggest these leaders proceed?

I wonder why they're having such a hard time finding people. I just spoke with the veterinary technicians group here at [the 2017 AVMA Convention], and they told me they can't find a good place to work! I think embedded within that question is, “Is your hospital the kind of place where people want to work?” If you don't define your work culture, you'll still have a culture, it just may not be the one you want. We also need to figure out how to make our practices profitable so we can pay people a living wage. You're not going to get awesome people to come work for $10 an hour. You get what you pay for. 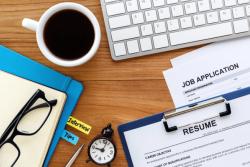 Serving our country and our pets