Building hope out of tragedy

When this veterinary team suffered three devastating losses in short succession, they found ways to channel their losses to support each other and help pets and pet owners in need.

This was written by one of 10 finalists for the Veterinary Economics Practice Manager of the Year award, sponsored by VPI. For more from each finalist and a slideshow of the nominees, visit dvm360.com/PMOY.

For three months in a row, our hearts were broken over and over again. On March  31, 2010, Roberta, a longtime employee at Cleveland Park East Animal Hospital, lost her son Denny to terminal illness. On April 9, a second employee, Amy Driscoll, died in a car accident, leaving behind two small children. In May, Bill Jones, one of our beloved and respected managers, died of a heart attack.

These losses could have ravaged our practice's ability to work as a team. Instead, we faced these difficult changes together. In each of these losses, we found ways to celebrate the lives of our friends by helping others in our community.

Roberta with her family

When Denny was first admitted to the hospital in March 2010, he required several blood transfusions. To help with his medical costs, members of our team volunteered to give blood so money would be credited back to his hospital bill. When he passed, we all grieved with Roberta.

When a car accident took Amy, we were left in shock and dismay. Our office desperately needed a boost after this second loss in quick succession after Denny's death. Because Amy had a huge passion for rescuing pets, we created a day to remember Amy by holding a pet adoption day in her memory. We called it Amy's Rescue From Above. With the support of local rescue agencies, we planned the adoption day. Several pets were adopted, and the proceeds from the event were designated for a trust fund for Amy's children.

As we were planning the adoption day in Amy's honor, Bill died from a heart attack. With a broken heart, I launched the Bill Jones Memorial Fund. Money was donated to the hospital in lieu of flowers. The money was designated to help pets when owners couldn't afford the care they needed.

The fund helped many people. The one that spoke to me the most was a little boy's dog that was shot by a neighbor. He and his mother were unable to treat the dog. The door to the exam room was near my office, and I could hear the mother say to her son, "I promise you I'll do everything I can to save him, even if I have to get two jobs."

I knew in my heart if Bill heard this he would have paid this bill out of his own pocket. With the memorial fund, our hospital was able to treat the pet, and thhe little boy's dog survived.

I believe we survived these tragedies by knowing without a doubt that the team members we'd lost would want us to help the pets they loved so much. Through leadership and courage, we began to heal. The creativity that we shared helped make our efforts successful, and we were able to help pets throughout our community. With time, we healed. But Denny, Amy and Bill will never be forgotten. 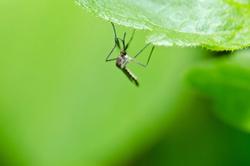